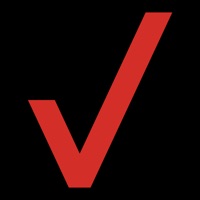 The My Verizon app is the all-in-one hub of your Verizon experience, allowing you to keep track of account changes and the latest offers, easily switch to Verizon, and much more. With My Verizon, you can: • Switch to Verizon in minutes (and bring your phone), thanks to auto-detection of your device and the ability to scan your ID for quick setup. • Check to see which offers you're eligible for. • View your account in one seamless feed. • Get on-demand support tools, such as Live Chat and step-by-step troubleshooting instructions as needed. • Monitor data usage via a control center that lets you see how much data is being used, who is using it and how to get more when you need it. • Change or manage your account safely anywhere, anytime. • Switch to a different plan easily or go Unlimited right from your device. • Make secure payments quickly. Manage and pay your bills easily, or simply enroll in Auto Pay. • Score rewards, once-in-a-lifetime experiences and exclusive perks from your favorite brands when you register for Verizon Up. • Shop phones, wearables, smart devices and accessories, and get delivery as quickly as the same day. Download My Verizon now and control your entire Verizon experience in just one app. 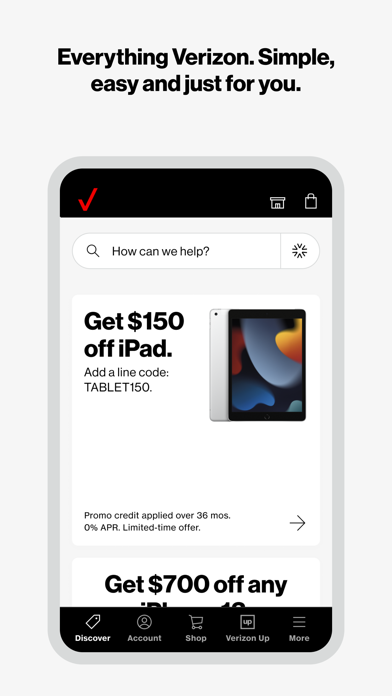 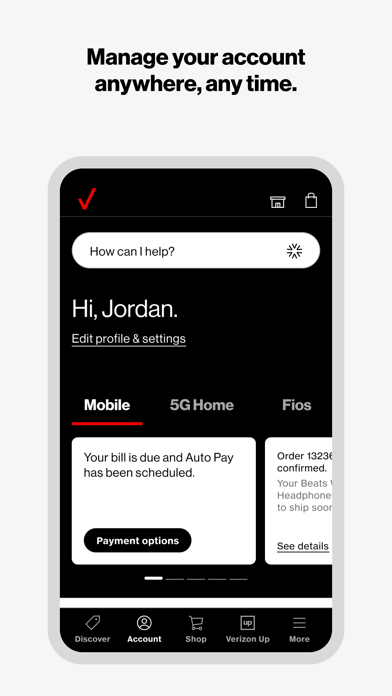 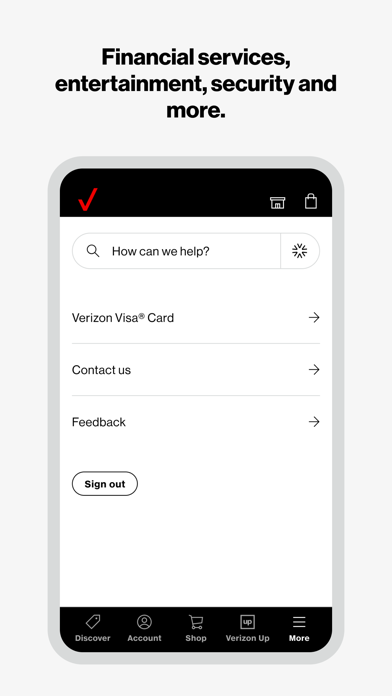 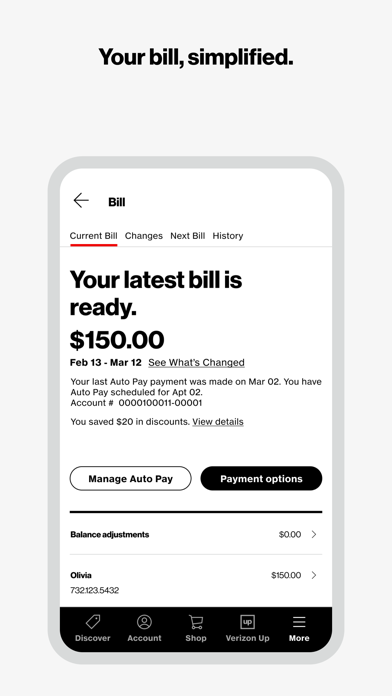 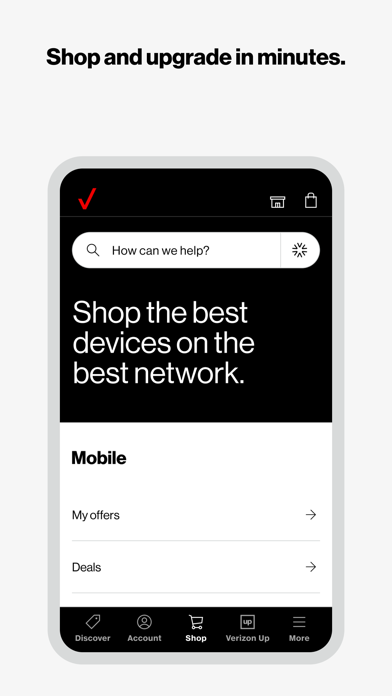 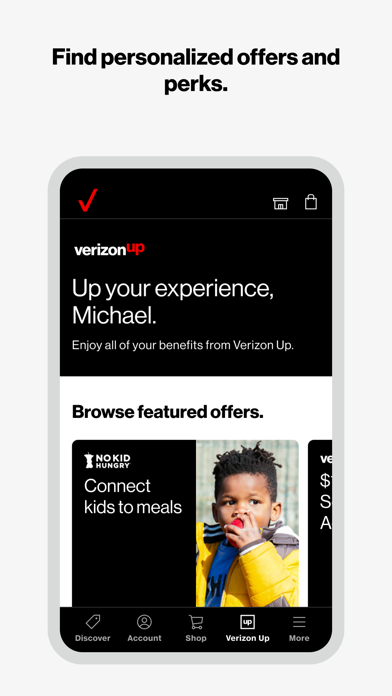 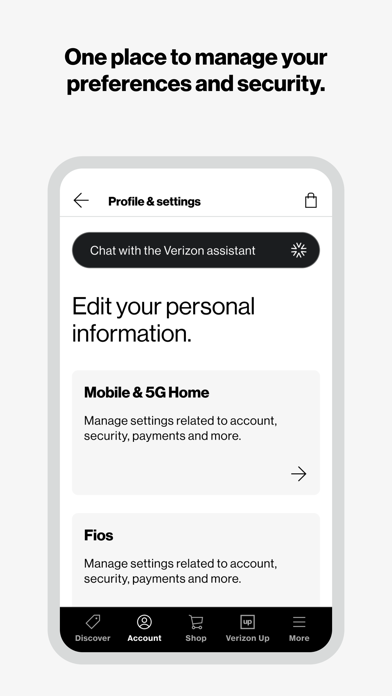