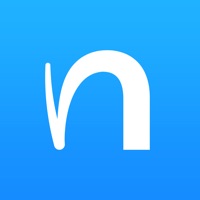 Nebo is where work begins. Nebo lets you write, draw, edit and structure your notes using your Apple Pencil (or compatible¹). Convert them into digital documents or copy/paste parts to or from any other app. Attending a meeting or a conference? Having new ideas to jot down? Starting a new project? Capturing relevant ideas and information is essential. Nebo will always be there to help you be more productive, day after day.  CAPTURE IDEAS AND INFORMATION IN ANY SITUATION • Use your pen¹ to take notes. • Draw sketches or interactive diagrams to quickly write down ideas and develop them further. You can also easily annotate images. • Easily switch between your pen¹ and your keyboard, and take your notes even faster. EDIT AND TRANSFORM IN NO TIME • Structure your notes with paragraphs and bulleted lists. Create titles and highlight text using intuitive gestures.  • Convert your handwriting with confidence using the most powerful recognition engine.  • Complete your document by pasting text copied from other apps. SHARE AND REUSE EASILY • Publish your notes on nebo.app to be viewed from anywhere. • Convert your note instantly into Word, text, PDF or HTML format. Copy/paste fully editable diagrams to PowerPoint or as images to other apps. • Store your notebooks in collections and search for handwritten ink and typed text across all notes in your library. ** Best App 2017 CES Mobile Apps Showdown ** ** Featured by Apple as "Perfect with Apple Pencil" ** ** For note takers with needs that go beyond the basic — Techradar, 2019 ** *** Detailed feature list *** • Edit and format with your pen* — Write, add or remove content and space, decorate and apply styles using MyScript Interactive Ink technology. • Switch between pen and keyboard — Add content or edit existing text with your keyboard, whether it is handwritten or converted. Select and copy/paste text in Nebo or to any other app. • Draft sections — Quickly mix handwritten text, shapes and drawings. Copy the content to any page or other apps. • Create interactive diagrams — Copy/paste fully editable diagrams to PowerPoint or as images to other apps. • Draw free elements — Sketch freely in your note.  • Annotate pictures — Add an image from Photos or a picture from your camera and use your pen to annotate them. • Work with smart math — Develop your handwritten equations and matrices across several lines. Solve your calculations. Copy them as LaTeX or as images. • Auto-layout — The page expands as you write and reflows the text to preserve the optimal size for any screen width. • Paste external text — Copy/paste text from any app. You can even add it inside your handwritten paragraphs. • Backup — Store full backups of your notes wherever you want and restore them in Nebo. Pro features: • Manage your notes — Organize your pages in notebooks and collections. Move your notes from one notebook or collection to another, in the most intuitive and fluid manner. • Search — Find handwritten ink and text across all notes in your library, including in your diagrams. • Dictionary - Add custom words like names or technical terms to improve their recognition. • Export — Decide where to take your notes next: Export pages as Word (.docx), text, PDF or HTML. • Publish your pages - Share your notes on nebo.app. Limit access to a list of contacts or allow anyone to view your note. • Sync — Sync your notes with iCloud, Google Drive or Dropbox. For assistance using the app or to request new features, contact Nebo support: https://app-support.myscript.com/ ¹An Apple Pencil (or compatible) is required to handwrite in Nebo. More details on https://myscri.pt/pens.