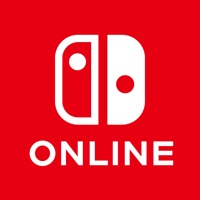 The Nintendo Switch Online app enhances your online gameplay experience on your Nintendo Switch™ system. With this app, you can access game-specific services, view your online friends, and use voice chat during online play—all of which allow you to get even more out of online play. Note: A Nintendo Switch Online membership (sold separately) is required to use certain features of this app. ◆ Software with game-specific services:  ・ Splatoon™ 3    ・ Check the online status of friends playing Splatoon 3    ・ View detailed results from battles or Salmon Run    ・ Check the upcoming Stage Schedule  ・ Animal Crossing™: New Horizons    ・ Send custom designs made in Animal Crossing     titles for the Nintendo 3DS™ family of systems to     Animal Crossing: New Horizons    ・ Use your smartphone to input chat messages     for in-game communication    ・ Check whether your Best Friends are online  ・ Super Smash Bros.™ Ultimate    ・ View posted videos and images    ・ Queue up user-created stages for downloading to your game    ・ View notifications about upcoming events  ・ Splatoon™ 2    ・ View detailed results from battles or Salmon Run    ・ Check rankings and stage schedules ◆ View your online friends You can see which of your friends are online from your smartphone—and which games they're playing. You can even send friend requests right from the app! Note: Some friend features, like adding friends, can only be accessed from a Nintendo Switch system. ◆ Use voice chat during online play From this app, you can join in on voice chat while playing supported software online. By using the app, your voice-chat status will be automatically synced with the game status—and in games that support team battles, like Splatoon 3, you can choose to chat with just the players who are on your team. Attention: ● Nintendo Account age 13+ required to access some online features, including voice chat and social-networking services. ● Nintendo Switch Online membership (sold separately) required to use certain features. ● Nintendo Switch system and compatible Nintendo Switch software required to use voice chat and other features. ● Compatible smartphone required. ● Persistent Internet connection required. ● Data charges may apply. ● May include advertising. Nintendo Switch Online is not available in all countries. Terms apply. Visit www.nintendo.com/switch-online for more information. QR Code is a registered trademark of DENSO WAVE INCORPORATED in JAPAN and other countries. 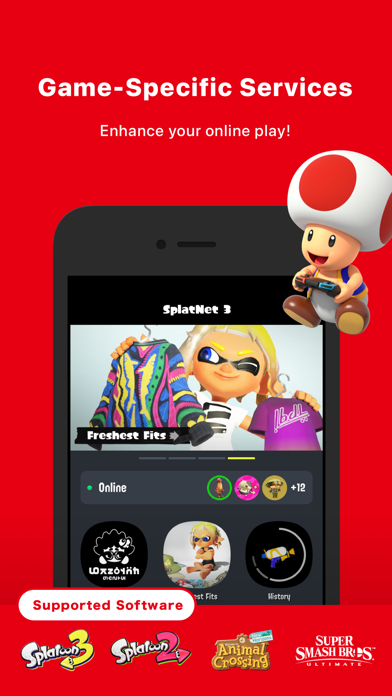 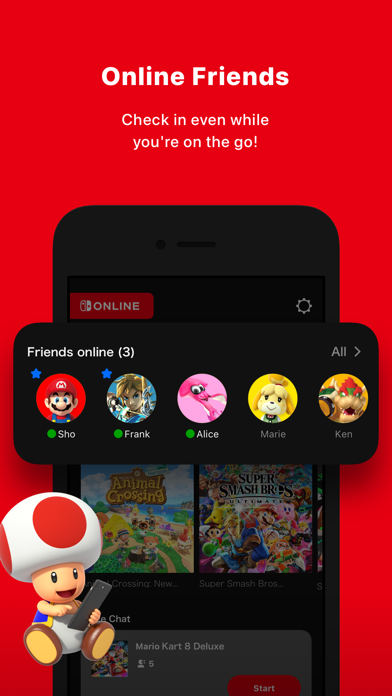 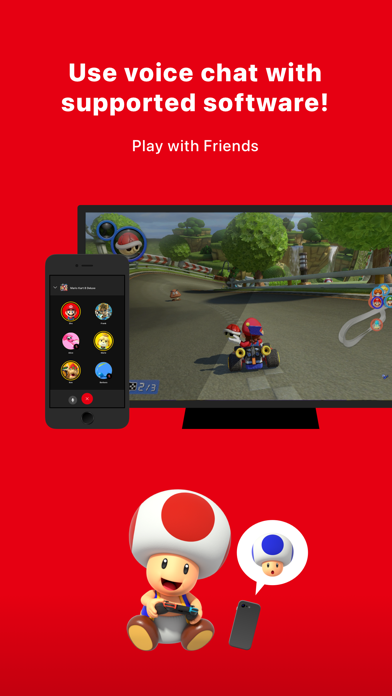