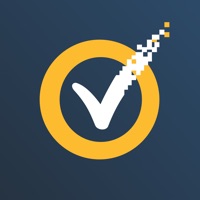 Navigate the web more safely with Norton 360 for iOS. Norton 360 for mobile provides powerful layers of phone protection and award-winning mobile security for your Apple device. It combines security and antivirus features to help protect against ransomware, malware, spyware, and other online threats so you can bank, browse and shop online with more peace of mind. And, with our secure, global VPN servers, you can encrypt your internet traffic on the go before accessing your favorite apps and websites. Your personal information and online privacy have protection at home and on the go with bank-grade encryption with Secure Norton VPN. [1] Our VPN helps block cybercriminals from accessing personal information sent and received when you connect to your home and public Wi-Fi.[1] Norton 360 checks for the latest security patches and OS updates and helps monitor your device against cyberattacks that try to leverage OS vulnerabilities for malicious purposes. Updates – SMS Security: This feature filters spam SMS text messages that may contain phishing attacks. These attacks use links to fraudulent sites that compromise your personal information. – Device Report Card: See a 30-day analysis of previously scanned Wi-Fi networks, websites, device vulnerabilities, and risky apps. – Suspicious Network Detection: See potentially unsafe Wi-Fi networks in your area and get notified when a Wi-Fi network you’re using is compromised. Your partner against cyberthreats. – Mobile Security: Protection against vulnerabilities cybercriminals may use to take control of your device or steal your personal information. – Norton Secure VPN: Connect to one of our global VPN servers and access your favorite apps and websites. Use it when you connect to Wi-Fi at home or while traveling with the reassurance of bank-grade encryption.[1] – Wi-Fi Security Alerts: Get notified about Wi-Fi networks under attack. Avoid cybercriminals who try to eavesdrop on your Wi-Fi connection to steal or glean personal information or infect your device with malware. – Web Protection: Helps detect and safeguard you from navigating to fraudulent (phishing) and malicious websites when using your preferred browser or opening links from apps, text messages, and emails. – Dark Web Monitoring: We monitor the dark web and notify you if we find your personal information.[2] Subscription details – An annual subscription is required to activate the 14-day trial (see in-app product pricing) – Cancel the subscription from your iTunes account before the end of the trial to avoid payment – After the 14-day trial, your subscription will start and renew automatically annually unless canceled – You can manage your subscriptions and adjust automatic renewal in your iTunes settings after purchase – The 14-day trial is valid for one subscription only Privacy Statement NortonLifeLock respects your privacy and is dedicated to safeguarding your personal data. See http://www.nortonlifelock.com/privacy for more information. No one can prevent all cybercrime or identity theft [1] Secure Norton VPN is not available in all countries. [2] Dark Web Monitoring is not available in all countries. Monitored information varies based on country of residence or choice of plan. It defaults to monitor your email address and begins immediately. Sign in to your account to enter more information for monitoring. 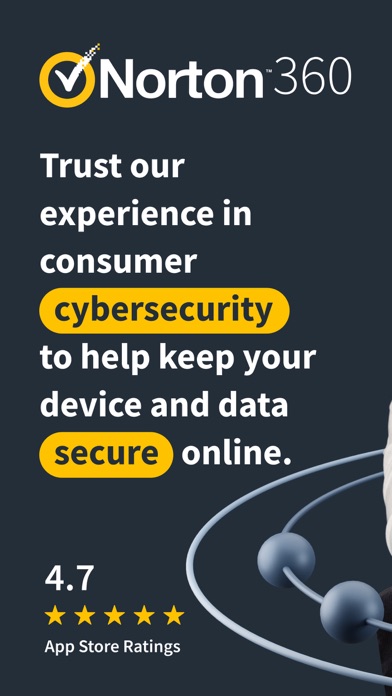 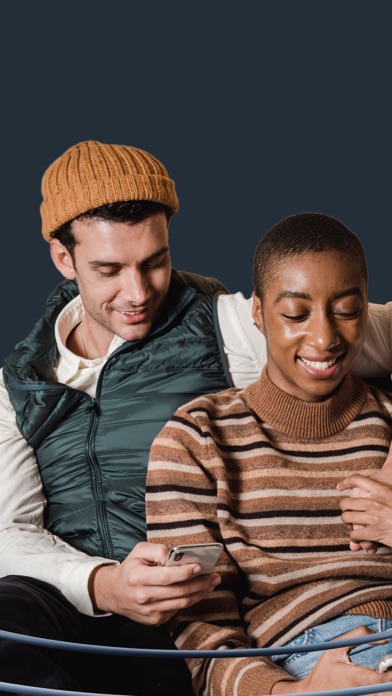 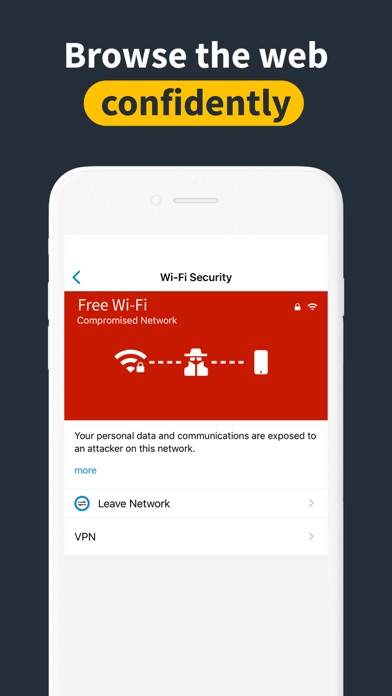 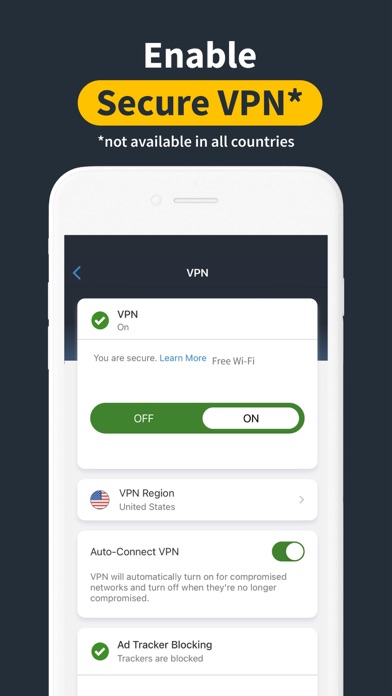 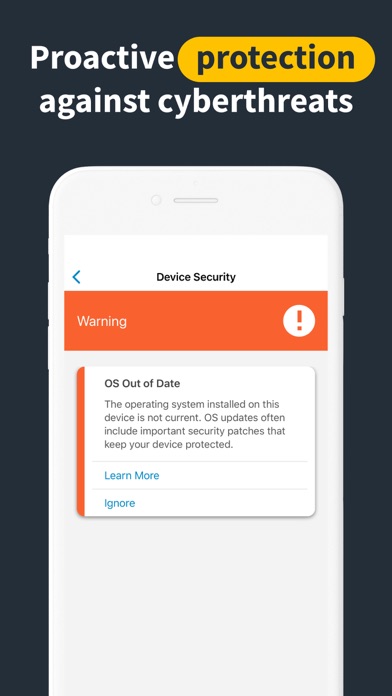 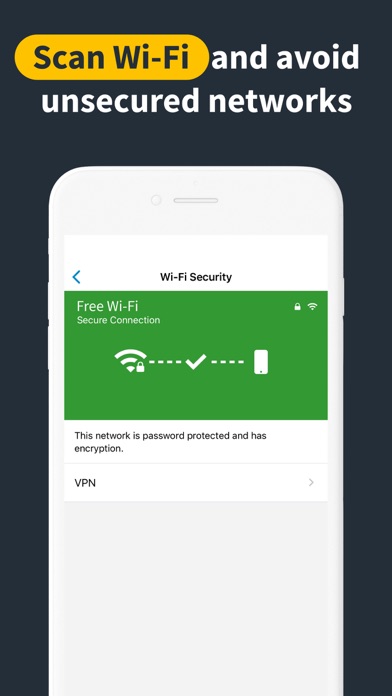 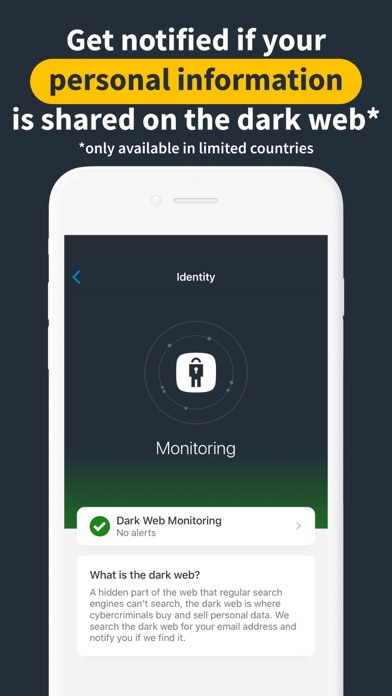