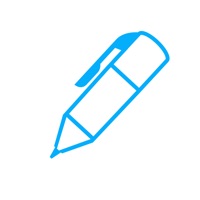 Fully optimized for iPad Pro and Apple Pencil! Take creativity further with support for pressure and palm rejection with Apple Pencil. Make notes or sketch on iPad Pro’s beautiful, large screen like never before. Notepad+ is a great assistant in study and business, also being perfect for writing down your ideas and sharing them! Let Notepad+ store your notes, documents, memos and everything else, while your mind is free to create new projects and set new goals. Take notes anywhere, draw and make sketches anytime, annotate PDFs easily, save and share your records and plans! Take notes the way you like: - Enjoy natural handwriting with a stylus or a finger - Type any text with the iPad keyboard, choosing the matching font and color - Make the most of flawless typing with the adjustable text-box - Аnotate and edit files in various formats: PDF, Excel, Keynote, Numbers and more - Move images easily from other apps using Drag and Drop - Create notes by importing and editing files in numerous formats: Excel (.xls), Keynote (.key), Numbers (.numbers), Pages (.pages), PDF (.pdf), Powerpoint (.ppt), Word (.doc), Rich Text Format (.rtf), Rich Text Format Directory (.rtfd), Keynote ’09 (.key), Numbers ‘09 (.numbers), Pages ‘09 (.pages)- Paste the required content from any source, cut or copy it easily - Ready, Set, Pro! Experience all the advantages of working on the bigger screen of your iPad Pro - Use Apple Pencil to create sketches or take notes without accidental marks or blots applying palm rejection function Get creative: - Highlight the important parts with vibrant colors - Draw sketches or doodles with colored pencils - Quickly add photos or images to your notes, to make them even more illustrative - Choose a paper type for each notebook: white, natural, legal, and more Save and export: - Organize your notes in notebooks and assign titles to them - Share the selected page or the whole notebook as a PDF or an image - Email, print or save to Photos or iTunes - Export the note or the entire notebook to Evernote or Dropbox, so they would be accessible on any device And even more specials: - Enjoy the simplest widget: open one of the recent or start a new note with a single swipe - Photo extension: mark up images right in your iPad's Photos app, use pens and highlighters to add notes and captions easily - Adjust the palm rest into the comfortable position to prevent marks - Zoom your note in and out to clarify every detail - Magnification Tool - move the cursor on the screen to see all the small details of your notes - Icons - no time to explain, just tap an appropriate icon to grab attention straight away - Annotate - choose a smiley and add text next to it. Your notes have never been so emotional! Grab your iPad and transform it into an incredibly efficient tool or discover a great way to develop your imagination! Notepad+ presents numerous productivity & creativity solutions, it is simple, powerful and free! For complete access to all Notepad+ features, you will need to allow access to the following: *Photos – so you can import your snapshots, mark them up, and save them. *Camera – so you can take photos and edit them within the app. *Contacts – so you can add them to documents and email your notes. Ask questions or get immediate help with the app by contacting us at [email protected] Privacy Policy: http://apalon.com/privacy_policy.html EULA: http://www.apalon.com/terms_of_use.html AdChoices: http://www.apalon.com/privacy_policy.html#4