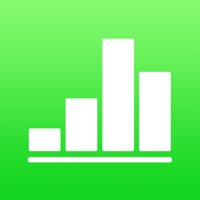 Numbers is the most innovative spreadsheet app ever designed for a mobile device. Created exclusively for iPad, iPhone, and iPod touch, Numbers includes support for Multi-Touch gestures and Smart Zoom so you can create powerful spreadsheets using just your fingers. Start with one of over 30 Apple-designed templates for your home budget, checklist, invoice, mortgage calculator, and more. Choose from over 250 powerful functions. Draw and write with Apple Pencil on supported devices, or use your finger. Tap to add tables, charts, text, and images anywhere on the free-form canvas. Touch and drag your finger to reorder columns and rows and to resize tables. Double-tap a cell to bring up the intelligent keyboard that helps you enter text, formulas, dates and times, or duration. Animate your data with interactive column, bar, scatter, and bubble charts. And with an all-new calculation engine, Numbers is faster than ever before. With iCloud built in, your spreadsheets are kept up to date across all your devices. And with real-time collaboration, your team will be able to work together at the same time on a Mac, iPad, iPhone, or iPod touch — even on a PC using iWork for iCloud. Collaborate with others at the same time • With real-time collaboration, your whole team can work together on a spreadsheet at the same time • Collaboration is built right in to Numbers on the Mac, iPad, iPhone and iPod touch  • PC users can collaborate too, using Numbers for iCloud • Share your document publicly or with specific people • You can easily see who’s currently in the document with you • View other people’s cursors to follow their edits • Available on spreadsheets stored in iCloud or in Box Get started quickly • Over 30 Apple-designed templates give your spreadsheets a beautiful start • Double-tap a cell to access the intelligent keyboard to add text, formulas, dates and times, and more • New action menu keeps most common tasks one tap away • Reorder columns and rows, and resize tables, with a touch and a drag • Quickly open password-protected spreadsheets using Touch ID or Face ID on supported devices Beautiful spreadsheets • Place tables, charts, text, and images anywhere on the free-form canvas • Update tables, charts, text, and images using beautiful preset styles • Use donut charts to visualize data in an engaging new way • Add an interactive image gallery to view a collection of photos • Insert photos and video with the Media Browser • Enhance your spreadsheets with a library of over 700 editable shapes • Create a form to quickly enter data on the go Everything adds up. Beautifully • Choose from over 250 powerful functions • Get built-in help and sample formulas for each function • Use Smart Categories to see your data in a whole new way • Quickly organize and summarize tables to gain new insights • Sort columns in ascending or descending order • Hide or unhide rows and columns • Insert gorgeous 2D and 3D charts • Animate data with new interactive column, bar, scatter, and bubble charts • Change values in cells using sliders, steppers, checkboxes, pop-ups, and star ratings • Easily add stock information to spreadsheets iCloud • Turn on iCloud so you can access and edit your spreadsheets from your Mac, iPad, iPhone, iPod touch, and iCloud.com • Access and edit your spreadsheets from a Mac or PC browser at www.icloud.com with Numbers for iCloud • Numbers automatically saves your spreadsheets as you make changes Share a copy of your work • Use AirDrop to send your spreadsheet to anyone nearby • Quickly and easily share a link to your work via Mail, Messages, Twitter, or Facebook • Export your spreadsheet to CSV, PDF, and Microsoft Excel Some features may require Internet access; additional fees and terms may apply. 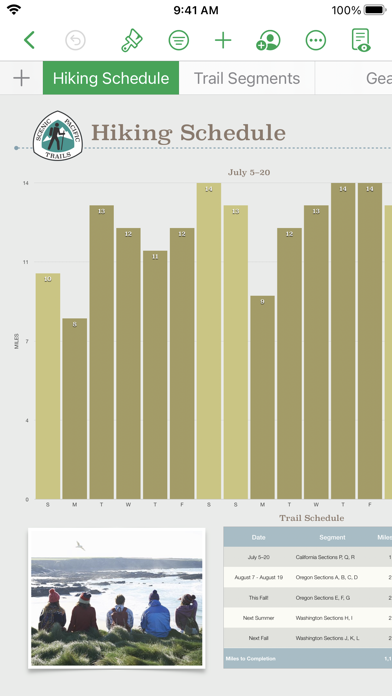 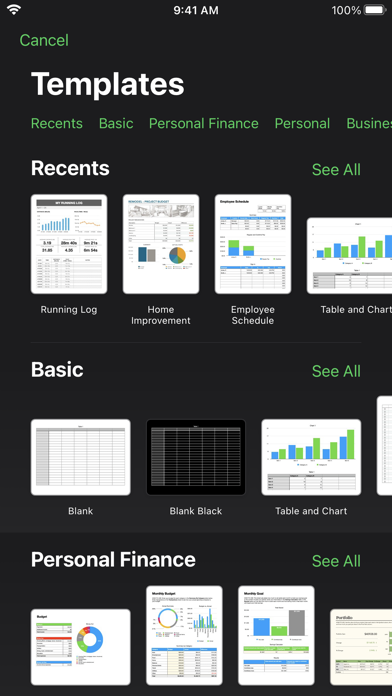 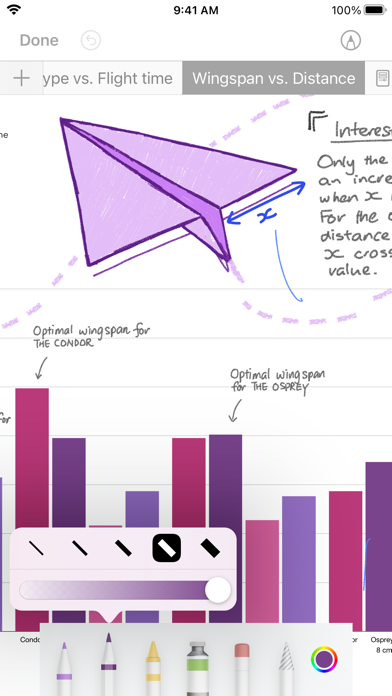 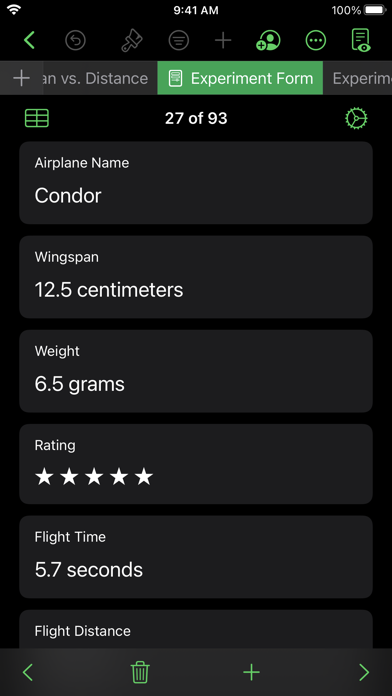 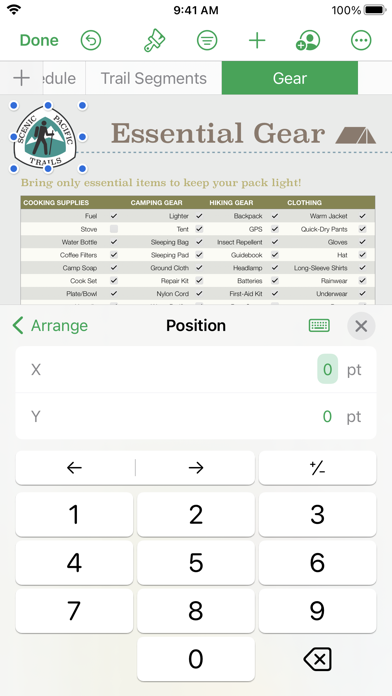 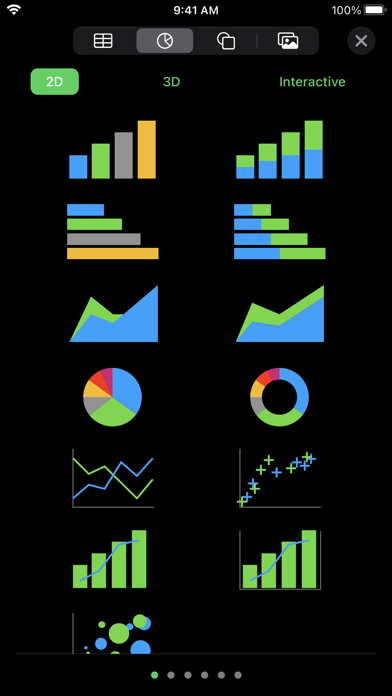 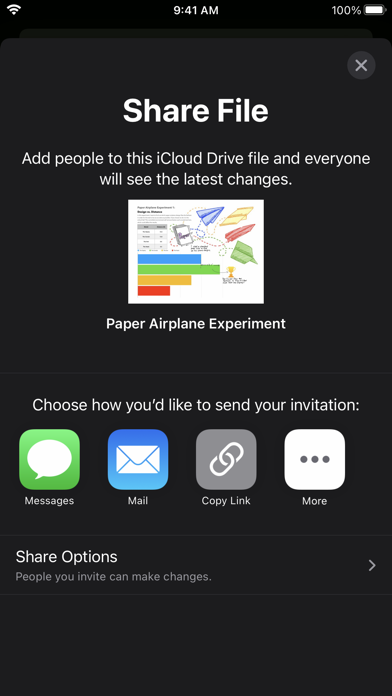 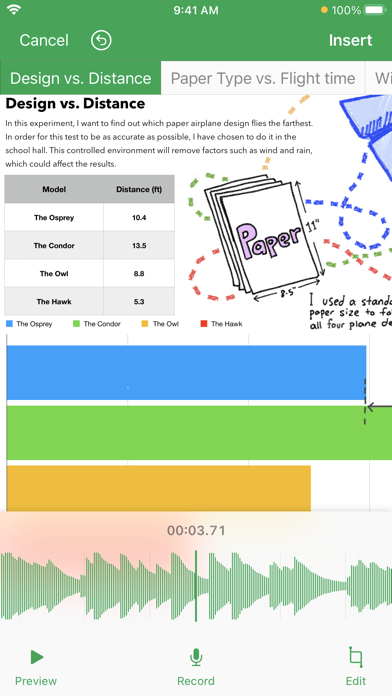 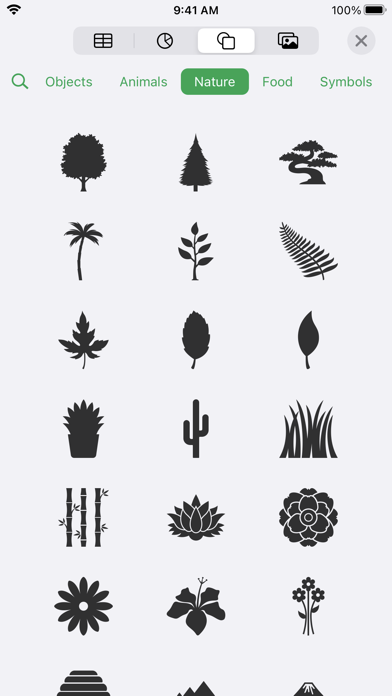