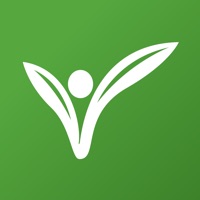 Ovulation Calculator (OC) helps couples conceive up to 3x faster than the national average. When you're trying to get pregnant you need to know when you're most fertile and when to have sex! OC calculates your two most fertile days each cycle by analyzing your unique menstrual cycle, health and lifestyle data. Ovulation Calculator also provides a huge amount of fertility knowledge through our education portal. As well as access to an online-support network of thousands of other women trying to conceive. The Ovulation Calculator app is free to download and use. KEY FEATURES: - Cycle Data Analysis Driven Predictions - Ovulation Calculator - Ovulation Calendar - Cycle Overview At A Glance - Fertile Window and Conception Odds Viewer - Fertility & BBT Chart - Cycle Reports - Daily Insights - Fertility Knowledge - Fertility Tips, Alerts & Reminders - Easy Cycle Data Logging - Fast Period Logging SEE WHAT OTHERS ARE SAYING ABOUT OC: • "This was the most helpful App. It has all the information you need plus it helps work for your personal needs when trying for a baby." by Drhbzgjxs • "So in depth and helpful, you can do as much or as little as you want to track your cycles and it will help you predict them. I also love the forums, women are so helpful and supportive!! Thank you for making this website and app!!!!" by Dontlikehardlyworkingverymuch • "Ive downloaded alot of ovulation tracking apps and am very picky with how I like to see the calendar days if my cycle and the data Ive logged--this app does that well, AND it provides alot of side information for free that really does seem personalized for me based in the info Ive entered. I used this tool from their website but am so glad they made it into an app finally! Thanks!!" by Ovulateismygame Read more reviews here: https://www.reviews.io/company-reviews/store/ovulation-calculator TRACK YOUR UNIQUE CYCLE: - Daily progress log to record your daily signals such as BBT, cervical mucus, cervix position, OPK results, symptoms, mood and more. - Period log to easily add your periods and flow type in one place. - Fertility charting providing clues and insights into your cycle and fertility. - Calendar view and cycle view of your phases, fertile window and ovulation. CONNECT: Web: https://www.ovulationcalculator.comFacebook: https://www.facebook.com/ovulationcalculatordotcomTwitter: https://twitter.com/OvCalcGoogle+: https://plus.google.com/+Ovulationcalculatordotcom Ovulation Calculator - Because Accuracy Matters 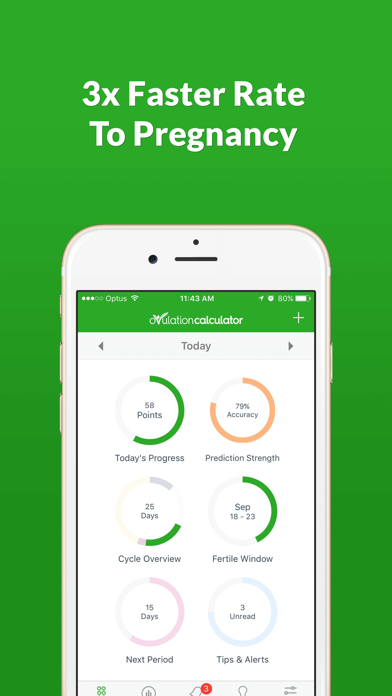 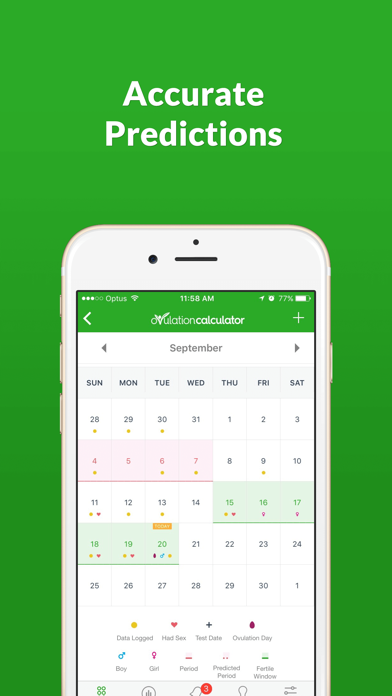 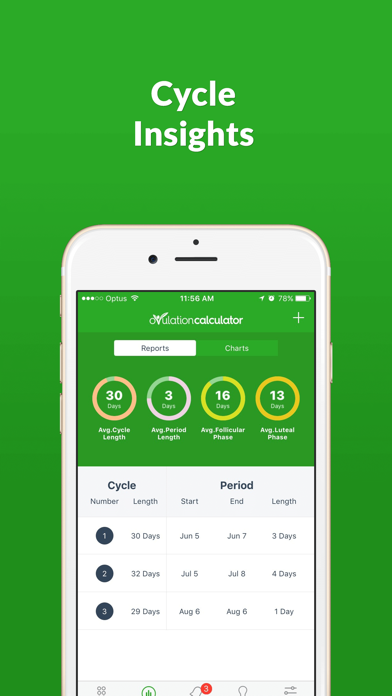 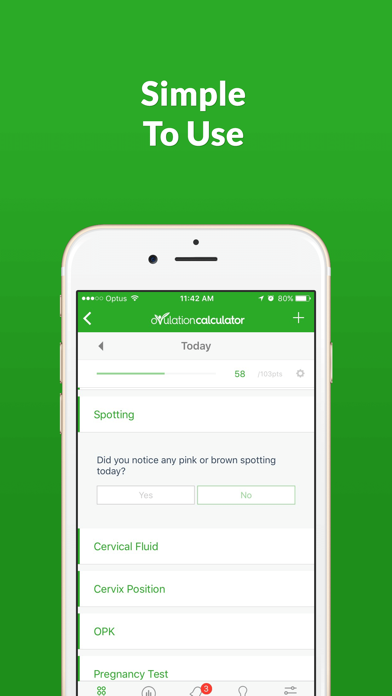 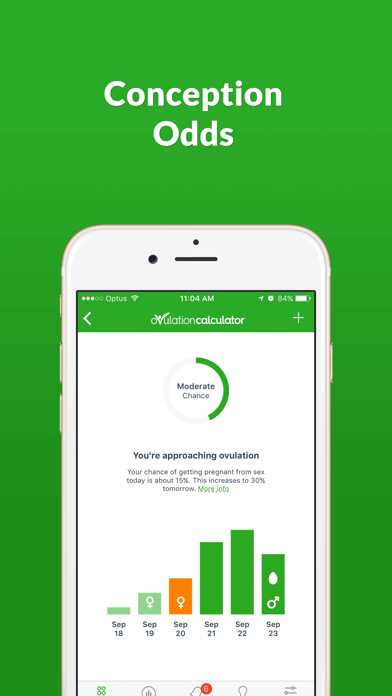