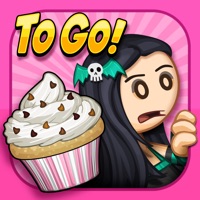 Bake and decorate delicious cupcakes on the go with this brand-new version of Papa's Cupcakeria, with gameplay and controls reimagined for iPhone and iPod Touch! You'll need to multitask between four areas of the cupcake shop, with new controls designed to work just right in the palm of your hand. Head to the Order Station to take orders from your wacky customers in the lobby. Switch to the Batter Station to prep the pans with liners and add just the right amount of batter. Move to the Bake Station to put the cupcakes into the oven and wait for them to bake. Jump to the Build Station to add frosting to the cupcakes, and decorate them with a variety of shakers, drizzles, and festive toppers. Each station is a hands-on experience, where you'll need to drag, swipe, and tap your way through the cupcake-crafting process. Keep your customers happy to earn more points and level up. As your level rises, you'll unlock new toppings for the shop, and new customers will start visiting the Cupcakeria! A set of well-crafted cupcakes will also earn you tips to spend on in the Shop, and Mini-Game Tickets to use in the daily Mini-Game! **NEW FOR PAPA'S CUPCAKERIA TO GO** NOW WITH HOLIDAYS - Holidays are finally available in a "To Go" version! As you reach new ranks, the seasons and holidays within the game will automatically change, unlocking new holiday-themed ingredients for the shop! We've also included a number of holidays that weren't available in the original version! PLAY MINI-GAMES - Earn Mini-Game tickets as you serve customers, and spend those tickets in the daily Mini-Game available after each workday! You can earn prizes in each Mini-Game, which you can use to decorate your lobby. Earn all bronze, silver, and gold stars in a Mini-Game to unlock Rare Prizes! NEW INGREDIENTS - We've added lots of new ingredients which can't be found in the original version of the game, including brand-new items for the new holidays in the game. We've also added new holiday batters to the game, so each holiday's cupcakes will be even more unique! CONTROL WITH YOUR THUMBS - You'll switch stations using buttons in the corners of the screen, perfect for your thumbs. You can also use buttons in the top corners to quickly switch Order Tickets, and you can view all of your Order Tickets in a zoomed-in mode for easy reading. BATTER and BAKE STATIONS - We've redesigned the Batter and Bake Stations for smaller screens, so you can easily add liners, pour batter, and bake cupcakes like a cupcake master! FROSTING CUPCAKES - You'll add frosting to cupcakes in a brand-new way that feels great with touch screens! Choose a frosting type, then drag the cupcake left and right as the frosting pours down from above. This new method gives you a great amount of control, letting you decorate your cupcakes like a pro! ADDING TOPPINGS - The Topping Bin carousel from previous "To Go" games is back, making it easy to browse through your available toppings! You'll swipe the carousel of Topping Bins to choose the item you want to use, then grab the cupcake to start pouring toppings evenly across the cupcake. Tap a button to switch to festive toppers for your cupcakes, and tap a convenient slider to swap between the two cupcakes in the order! **GAME FEATURES** - Hands-on cupcake shop in the Papa Louie universe - All new controls and gameplay designed for smaller screens - Multi-task between batters, baking, frosting, and topping - 12 separate holidays to unlock, each with their own ingredients - Buy upgrades, furniture, and posters using your in-game tips - Play 7 different Mini-Games using your earned tickets to win prizes - Decorate your shop in the Lobby Editor - 97 customers to unlock with unique orders - 85 in-game achievements ** NOTE FOR iPAD USERS** Papa's Cupcakeria To Go is designed especially for smaller screens. 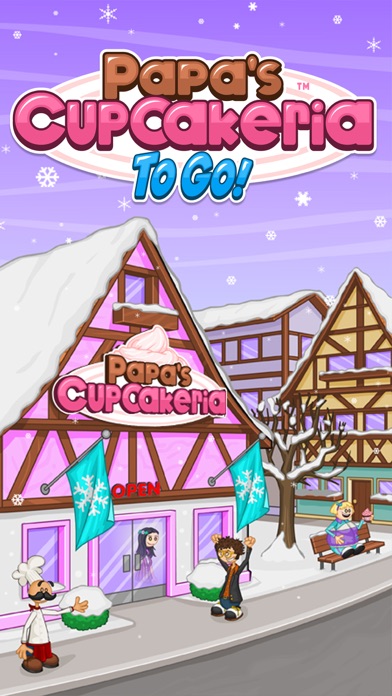 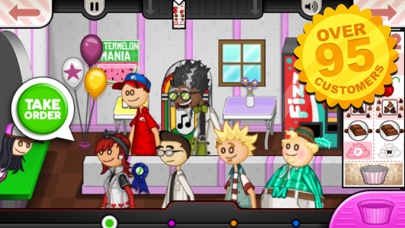 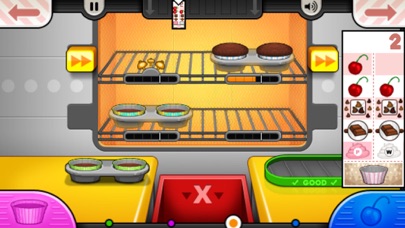 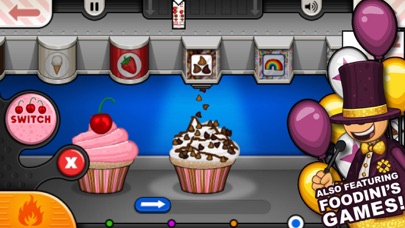 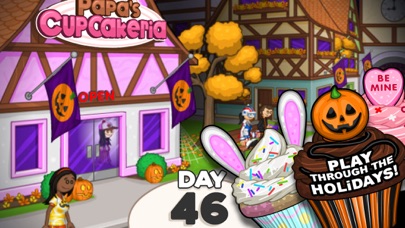