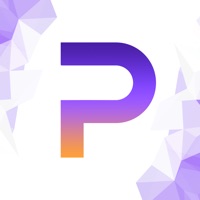 Parlor is the #1 Social Talking Network and has been for over 10 years! Parlor connects people who want to talk right now. It doesn’t matter if you are 17 or 55. Parlor has topics and users from every age all around the world! Parlor is also the absolutely simplest app to use. Simply pick your topic and within seconds you will get connected to another user in real-time. There are always tens of thousands of users talking on Parlor, so you’re guaranteed to meet new people every time you open the app. The best conversations happen when two people want to talk about the same thing at the same time. It's conversations like those that create life long friendships. Whether you are sitting next to each other in an Ice Cream Parlor, or Nail Parlor or on the Parlor app. Select your topic and instantly get connected with another user who wants to talk about the same thing. Once you have had a conversation with someone you can then become their friend and if they accept you can call each other directly as well as send messages. Parlor is also one of the hottest new Celebrity apps. Thousands of Celebrities use Parlor every day to talk to their fans and post updates to their message boards. We update the app regularly so we can make it better for you. Download the latest version to get all the latest features and improvements. We love you, The Parlor Crew 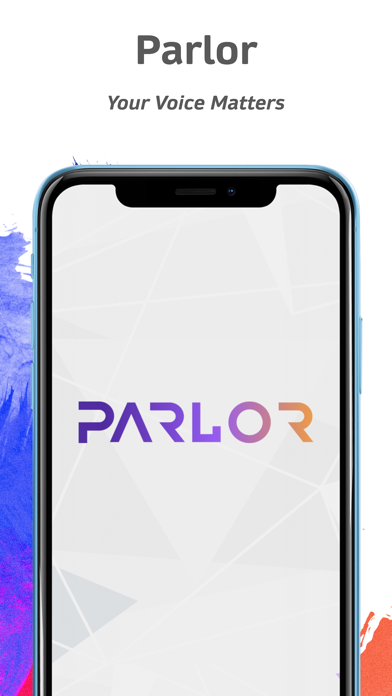 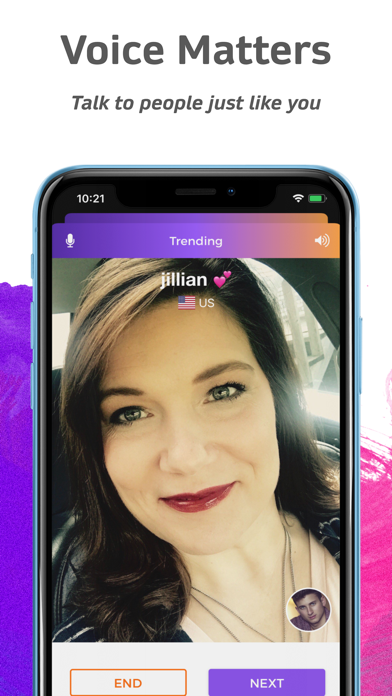 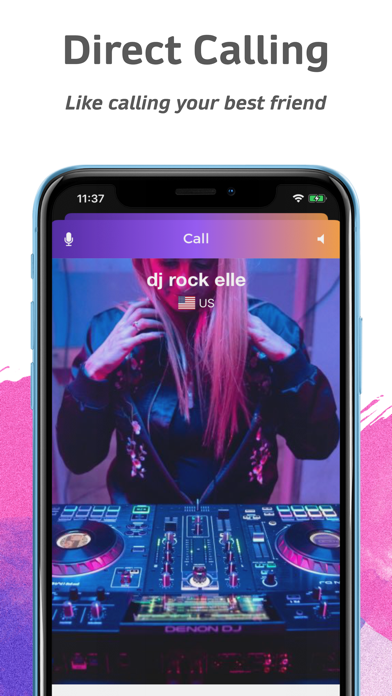 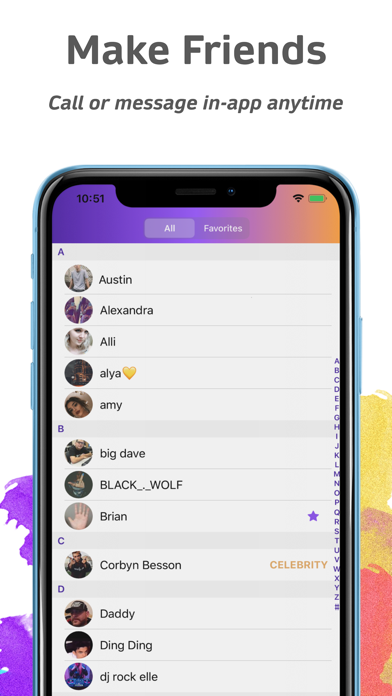 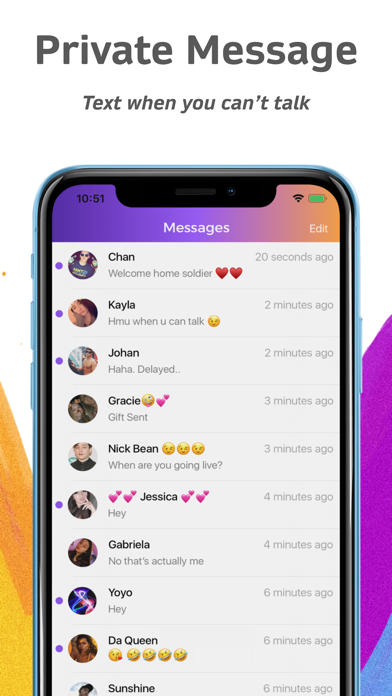 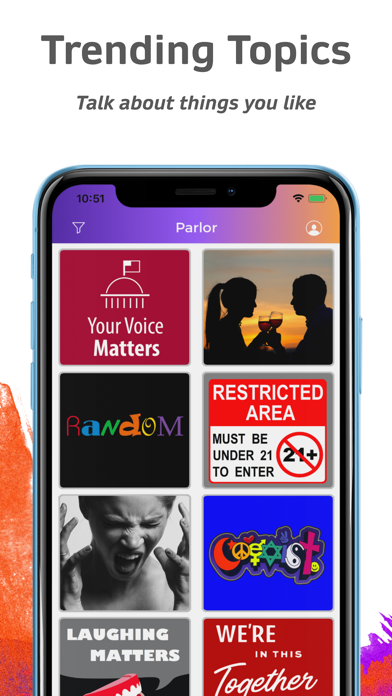