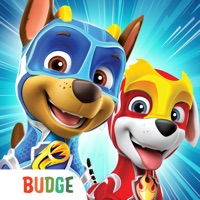 Play as your favorite PAW Patrol™ pup and save the day in Adventure Bay! SAFE & EASY fun game play for kids from their favorite show! Whenever there’s trouble, just yelp for help! Explore Adventure Bay like never before in PAW Patrol™ Rescue World! Fun games designed for boys & girls in Preschool & Kindergarten! No job is too big, no pup is too small! PLAY WITH YOUR FAVORITE PUPS – The Pups are ready to go! Ride around Adventure Bay with Chase, Skye, Marshall, Rubble, Zuma, Rocky and Everest. Each pup has a special skill and vehicle for all your rescue needs. EXPLORE & PLAY – There's a ton of things to see and do all throughout Adventure Bay! You're free to explore. The more you play the game, the more things you'll unlock in each area! HERO MISSIONS – PAW Patrol™ to the lookout! Choose the Pup that is best for your mission and help save the day. RESCUE – Help the people of Adventure Bay and win fun rewards for your Pups. PUP TREATS – Each mission you complete will earn a reward! Find hidden treats around town! NEW WORLDS & EVENTS - Help save the dinosaurs in the Dino Wilds or explore Adventure Bay during the holidays like Easter, Valentines Day or Halloween SAFE & KID FRIENDLY - Kids games designed for pre school, kindergarten, elementary school boys & girls. Educational, engaging and fun games for kids to explore from their favorite TV, YouTube, YouTube Kids, Nickelodeon, Nick Jr. & Netflix show! Easy, fun and educational learning games to play for young children and toddlers aged 2-6. Parents and other family members can play along too! IN APP PURCHASES Before you download this app, please note that it is free to try, but some options may only be available via in-app purchases. In-app purchases cost real money and are charged to your account. To disable or adjust the ability to make in-app purchases, change your device settings. This app may contain contextual advertising (including the option to watch ads for rewards) from Budge Studios regarding other apps we publish, from our partners and from third parties. Budge Studios does not permit behavioral advertising or retargeting in this app. The app may also contain social media links that are only accessible behind a parental gate. PRIVACY & ADVERTISING Budge Studios takes children's privacy seriously and ensures that its apps are compliant with privacy laws. This application has received the “ESRB Privacy Certified Kids’ Privacy Seal”. Read our privacy policy at: https://budgestudios.com/en/legal/privacy-policy/, or email our Data Protection Officer at: [email protected] END-USER LICENSE AGREEMENT https://budgestudios.com/en/legal-embed/eula/ ABOUT BUDGE STUDIOS Budge Studios was founded in 2010 with the mission to entertain and educate boys and girls around the world, through innovation, creativity and fun. Its high-quality app portfolio consists of original and branded properties, including Barbie, Thomas & Friends, Transformers, My Little Pony, Strawberry Shortcake, Caillou, The Smurfs, Miss Hollywood, Hello Kitty and Crayola. Budge Studios maintains the highest standards of safety and age-appropriateness, and has become a global leader in children’s apps for smartphones and tablets. Budge Playgroup™ is an innovative program that allows kids and parents to actively participate in the creation of new apps. HAVE QUESTIONS? We always welcome your questions, suggestions and comments. Contact us 24/7 at [email protected] ©Spin Master Ltd. PAW PATROL™ and all related titles, logos, characters; and SPIN MASTER logo are trademarks of Spin Master Ltd. Used under license. Nickelodeon and all related titles and logos are trademarks of Viacom International Inc. BUDGE and BUDGE STUDIOS are trademarks of Budge Studios Inc. PAW Patrol Rescue World ©2022 Budge Studios Inc. All Rights Reserved. 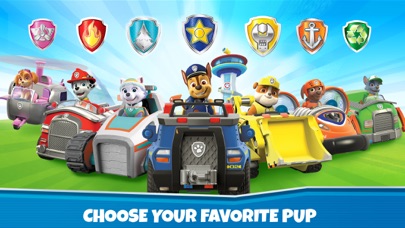 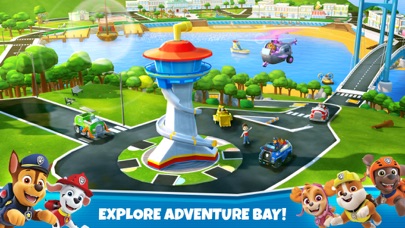 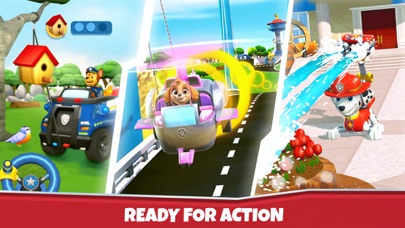 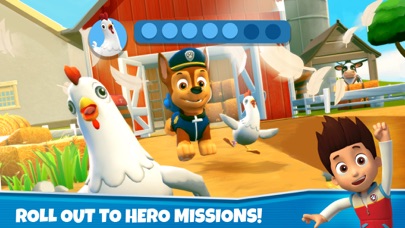 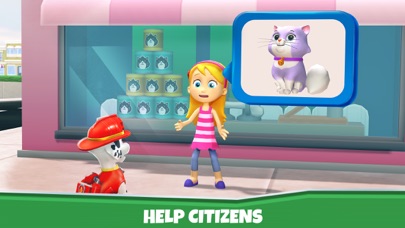 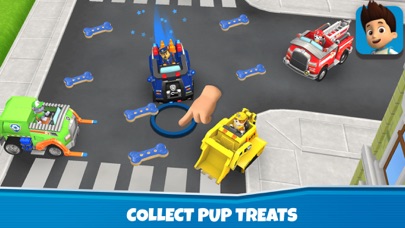 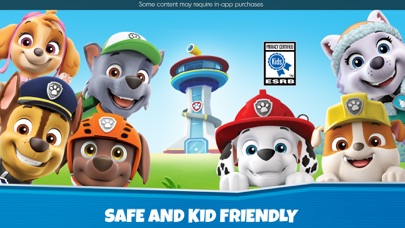