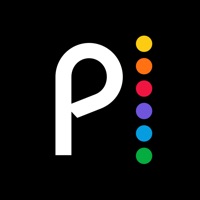 Download Peacock, the streaming service from NBCUniversal. It’s where the best of streaming meets the best of TV. And best of all, you can watch for free (or upgrade for more). With Peacock, stream current hits, hundreds of movies, thousands of episodes of TV shows, and exclusive Originals – plus timely news, live sports, WWE, and daily pop culture. Peacock’s got all your faves, including Parks & Rec, Despicable Me, Yellowstone, Modern Family, and every episode of The Office. Here’s what you get with PEACOCK FREE: · Instant access to hundreds of free movies from major Hollywood studios such as Universal, DreamWorks Animation, and Focus Features. · Thousands of hours of free TV series, including full seasons of buzzworthy faves, bingeworthy classics, and current-season NBC hits. · Peacock Channels – playing your favorite entertainment, 24-7. Scroll less and watch more with the SNL Vault, Fallon Tonight, NBC Sports on Peacock, NBC News NOW, TODAY All Day, True Crime, and Dateline 24/7. · A daily dose of live news with the best of NBC News, CNBC, MSNBC, and E! News – plus Late Night, SNL, and pop culture to satisfy your FOMO. · Sports coverage, including the Tokyo Olympics, the U.S. Open, and live sports talk. · Kids’ movies and shows, including Curious George and Where’s Waldo? · Hit Spanish-language TV shows and news from Telemundo. Upgrade to PEACOCK PREMIUM ($4.99/month) for an all-access pass to everything Peacock has to offer – every movie, every episode, every season, every live sporting event. More to watch. More to love. · Stream everything— including more blockbuster movies and full seasons of exclusive premium TV like The Office, Parks & Rec, and Yellowstone, plus your NBCUniversal faves from Bravo, SYFY, USA, E!, and Oxygen. · Every live WWE pay-per-view—including WrestleMania and SummerSlam —plus series, docs, and the WWE Vault. · Watch full seasons of exclusive Peacock Originals, including Saved by the Bell, A.P. Bio, Girls5eva, Punky Brewster, Rutherford Falls, and more. · More live sports, including exclusive Premier League soccer matches, the French Open, Pro Motocross, and INDYCAR. · Next-day streaming of current-season NBC hits like the One Chicago franchise, Zoey's Extraordinary Playlist, Mr. Mayor, and Saturday Night Live. · Unlimited access to the entire library of Kids and Family entertainment, including DreamWorks Animation titles Trolls World Tour and Madagascar: A Little Wild. With PEACOCK PREMIUM PLUS ($9.99/month), get everything included in Peacock Premium as well as: · Stream Peacock ad-free*. · Download available titles to your mobile device and watch later, anywhere. *Due to streaming rights, Peacock Channels, events, and a few shows & movies will still contain ads. Content availability may vary over time. Please note: Use of the PeacockTV app is limited to the United States and its territories. Video is accessible via 3G, 4G, 5G, LTE and Wi-Fi networks. Data charges may apply. If applicable, subscription charges begin after any promotional period of Peacock Premium/Peacock Premium Plus concludes. You will be charged on a recurring basis as described above, minus applied offers plus applicable taxes. Your subscription will auto-renew until you cancel. Cancel at any time by visiting your account in the Peacock App. By subscribing, you agree to the preceding subscription terms and our Terms of Use and Privacy Policy below. Terms of Use: www.peacocktv.com/terms Privacy Policy: www.peacocktv.com/privacy Customer Help: www.peacocktv.com/help Do Not Sell My Personal Information: www.peacocktv.com/do-not-sell-my-info CA Notice: https://www.peacocktv.com/ca-notice This app features Nielsen proprietary measurement software, which will allow you to contribute to market research, like Nielsen’s TV Ratings. To learn more about our digital measurement products and your choices in regard to them, please visit http://www.nielsen.com/digitalprivacy for more information. 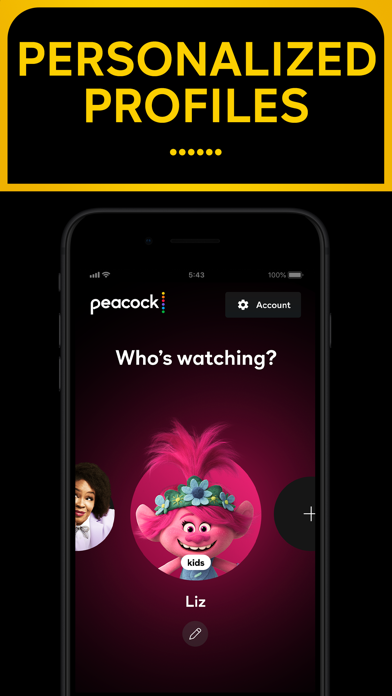 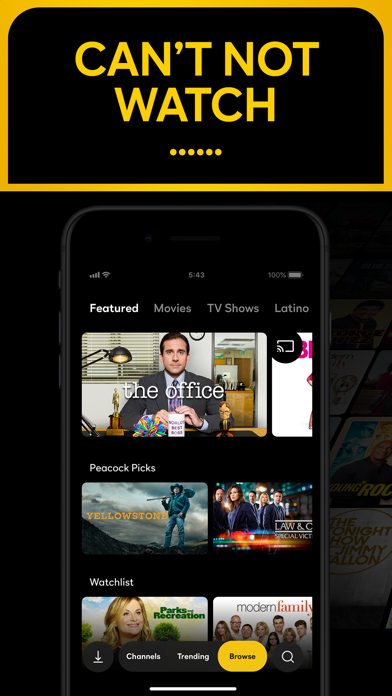 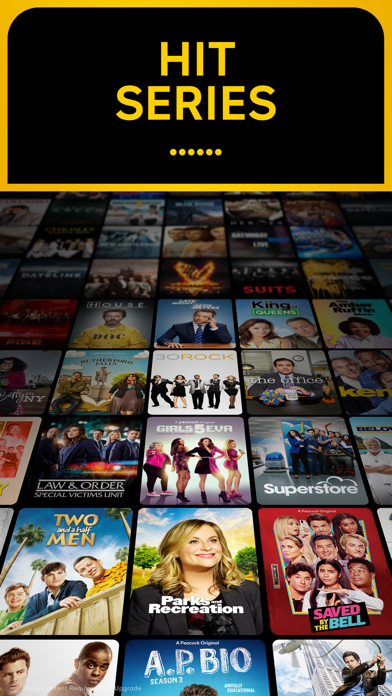 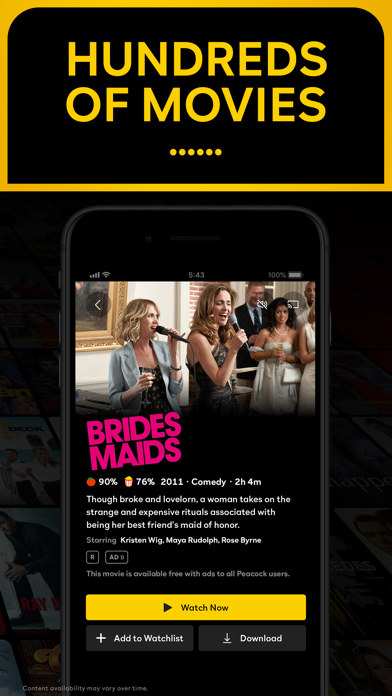 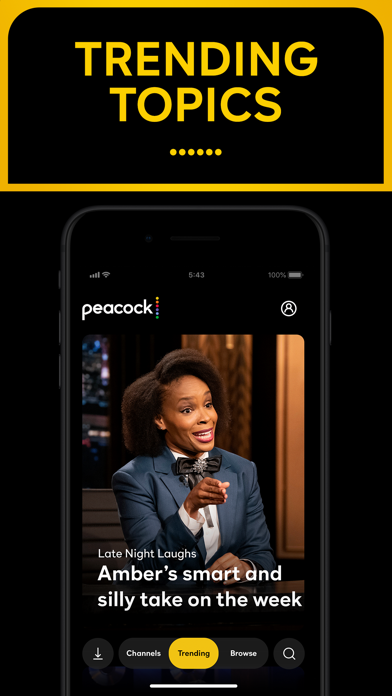 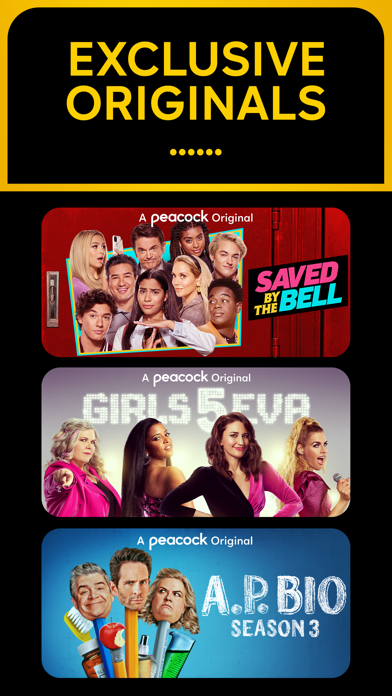 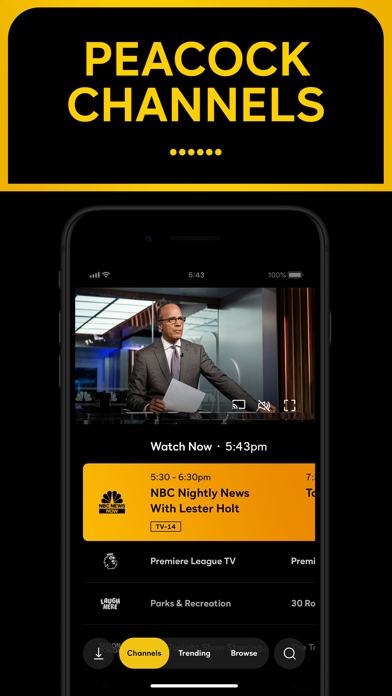 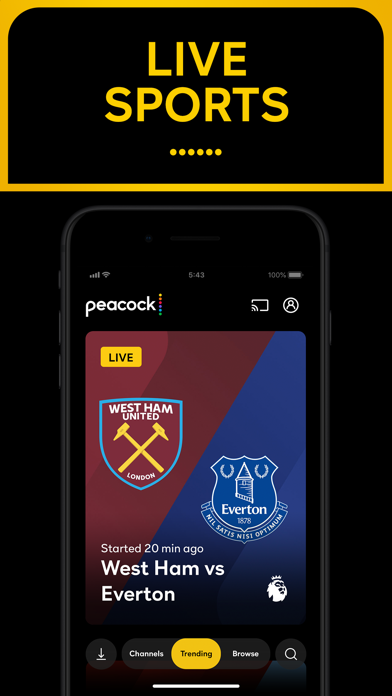 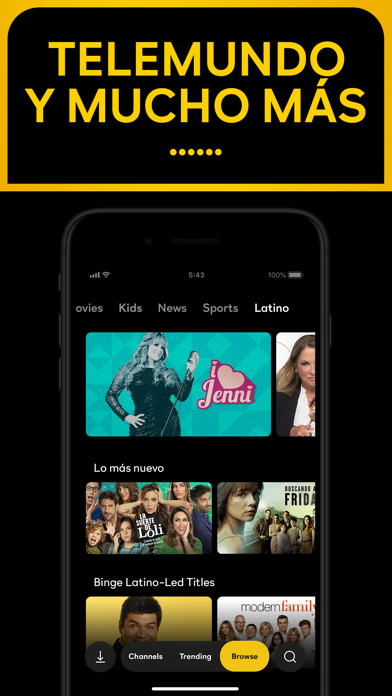 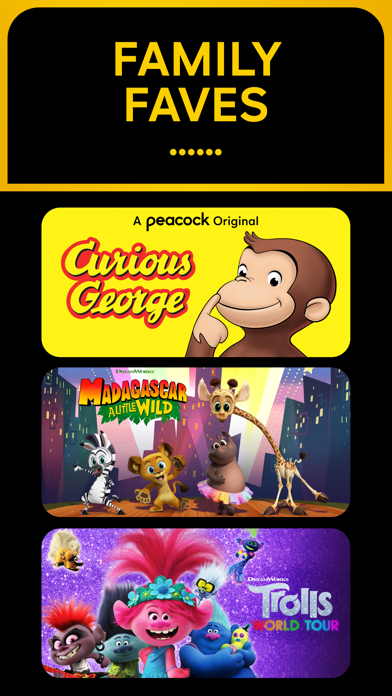