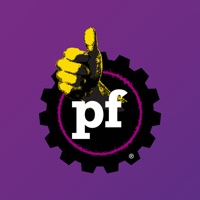 Welcome to the Planet Fitness App – The Gym In Your Pocket! Bring the Judgement Free Zone® anywhere with the FREE PF App. Check out our exclusive features including digital check-in, trainer-led on-demand virtual workout classes, hundreds of exercises that you can do at home or in-club, equipment tutorials, activity tracking for in and out of the gym, a crowd meter so you can pick the best time to visit, and so much more! Key Features: Digital Keytag: Quick and easy touchless check-in at your Planet Fitness with your digital keytag. Crowd Meter: Coming into one of our clubs? See how many people are at your club before you go to find the best time to visit! Just check out the Crowd Meter to view how busy your club is. Digital Workout Videos: Access on-demand trainer-led workouts that will get you motivated and moving! Whether you're starting your fitness journey, or you just want to try something new, we’ll help you make the most out of your in-club or at-home workouts. From beginner to advanced, there are workouts for everyone! PLUS, it’s easier than ever to find workout programs you love. You can search workouts by type, time, target, and more to find what’s best for you. Member Perks: Check out exclusive discounts and deals from Planet Fitness partners. Start exploring now. Exercise & Equipment Tutorials: View hundreds of easy-to-follow exercise routines and equipment tutorials. If it’s your first time using a piece of equipment in one of our clubs or need a reminder, you can just scan the QR code in the app and your video guide will help you get started. Activity Tracking with My Journey: Check out the My Journey screen to track check-ins, integrate with fitness trackers like Apple Health, and track just how much you’re moving by logging it in the Activity Tracker. Download the Planet Fitness App today - You got this! 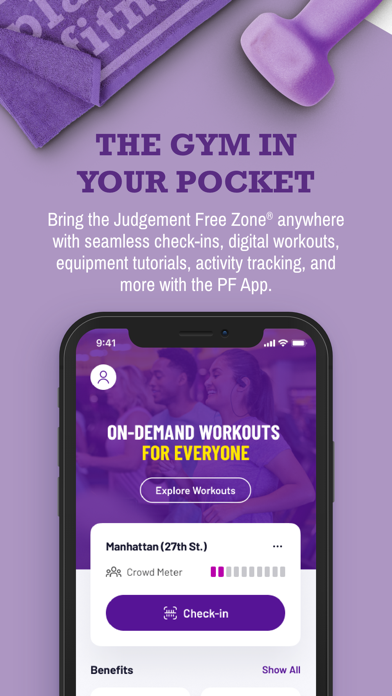 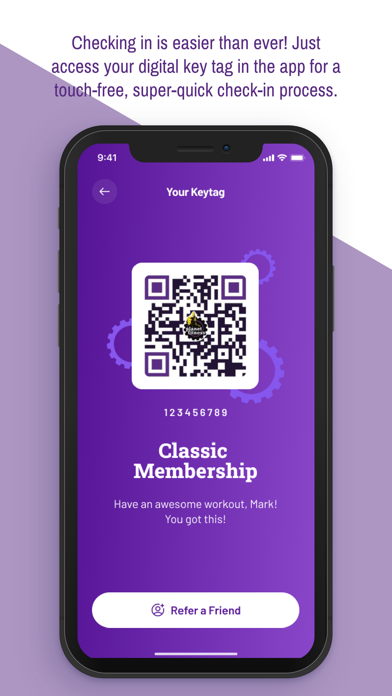 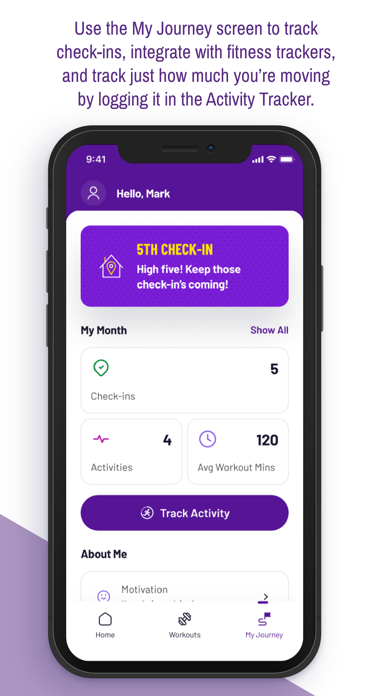