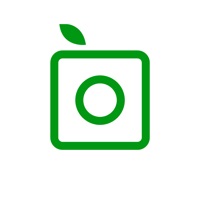 Instantly identify over 600,000 types of plants: flowers, trees, succulents, mushrooms, cacti and more with PlantSnap! PlantSnap now teaches you how to grow and care for your plants. We have added gardening tips and advice for thousands of plant species. With the PlantSnappers Community, you connect with more than 50 million nature lovers in over 200 countries! Share photos and favorite discoveries with your friends, view photos and posts of rare plants, flowers, trees, succulents, leaves, cacti, air plant and mushrooms from around the world and share gardening tips. Only with the PlantSnap plant identifier you can connect with nature and the world. We want to plant 100 million trees in 2021. Do you want to help us? PlantSnap plants a tree for each person who downloads the app and becomes a registered user. Do you know those flowers you like, but don't know the name? Are you looking for an indoor plant? An orchid? A philodendron hope? Or a cacti? An exotic flower PlantSnap gives you all the information you need. The PlantSnap plant identifier makes it much easier to find out! Just take a picture using the app and our database will find all the information about it. After identifying plants, you will have information about its taxonomy and a complete description about the plant, orchid, indoor plant, ornamental plant, exotic flower and more. PlantSnap also tells you how to care for and grow plants. But if you already know the name of the plant, flower, cactus, leaf, ornamental plant, tree, orchid, indoor plant, exotic flower and want to know more about it, at PlantSnap you can too! Just use our "Search" function to find information and curiosities about more than 600,000 species of flowers, leaves, trees, succulents, cacti, mushrooms and more. With the "Explore" function, you can use our SnapMap to find identified plants anywhere on the planet. See the anonymous photos taken with PlantSnap and discover the different species of flowers, leaves, trees, mushrooms and cacti spread around the world! Learn how to take care of your plants: philodendron hope, orchid, air plant, carnivorous plant, exotic flower and more. Have all your discoveries gathered in one place and access whenever you want in a very easy way. Create your own library of flowers, mushrooms, and trees! All photos saved in your collection are also available on the web. So you can explore nature with your cell phone and take a closer look at every detail of the plants later on your computer. With the PlantSnap plant identifier, you can also zoom in on the photos to see every detail of the flowers, leaves, indoor plant, mushroom, cacti, ornamental plant, carnivorous plant, and succulents identified around the world. Experience our augmented reality technology! Thinking of walking in the park or in a garden? How about making the walk much more fun and educational? Photograph the different plants you find along the way, be they flowers, mushrooms, leaves, cacti or succulents, and find out all the information about them in our plant identifier! In addition to discovering different types of vegetables, you can also create your own library with all the flowers, leaves, mushrooms, cacti, carnivorous plant and succulents you can find. How many can you collect? PlantSnap, identifying plants has never been so easy and fun! PlantSnap Features: • PlantSnap automatically tells you when a plant is framed well • Tap the screen where the flower is highlighted for the most accurate results • PlantSnap tells you how to grow and care for your plants with detailed instructions • Our database is global and our results are instantaneous. There are currently over 600,000 plants, trees and mushrooms species in our worldwide database • Our algorithm is retrained and improved every month using the millions of anonymous images taken by our users every day. Start PlantSnapping today and help us help the Earth! 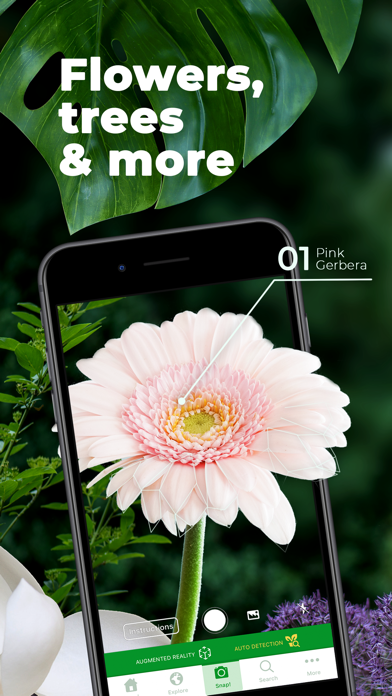 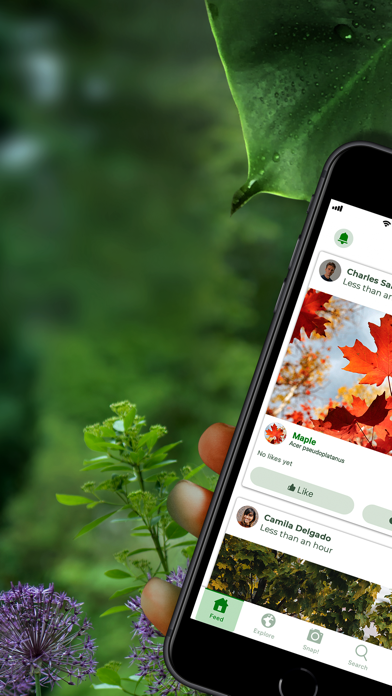 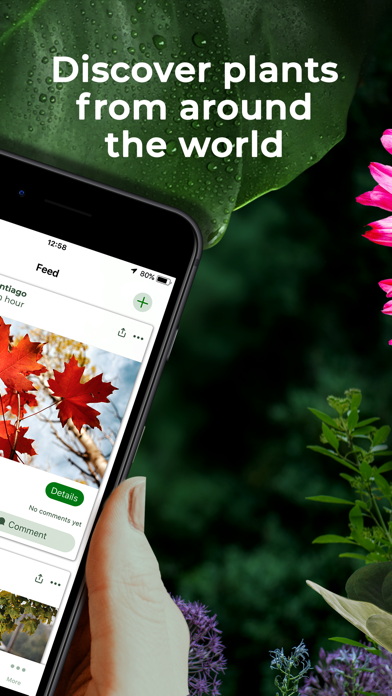 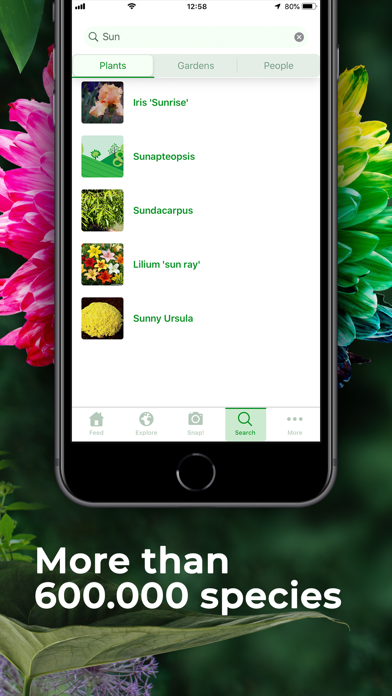 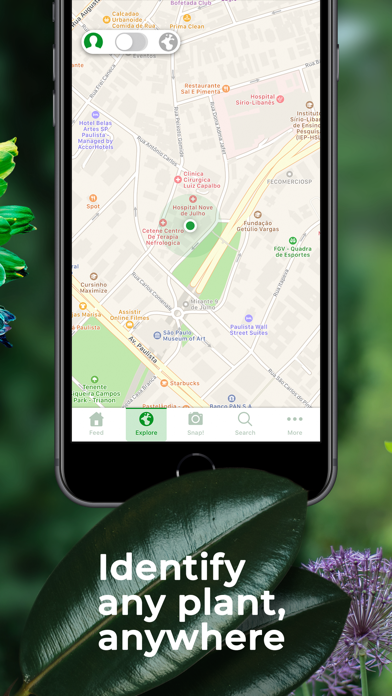 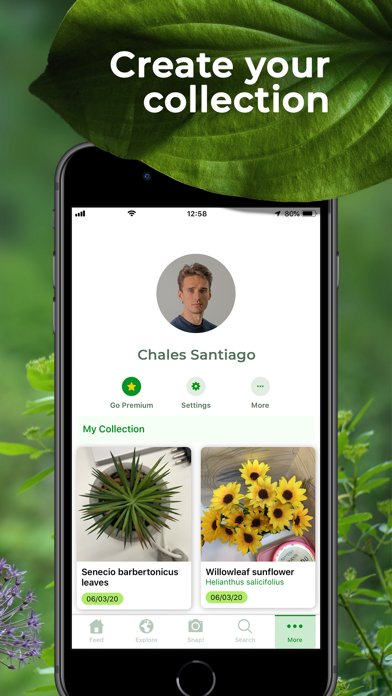