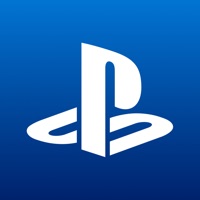 Connect. Discover. Control. Stay connected to your gaming friends and the games you love to play, wherever you go with PlayStation App. See who's online, voice chat and send messages, and discover deals on PS Store. Connect with friends • See who's online and what games they're playing. • Voice chat and send messages to your PSN friends, hang out online, and plan your next multiplayer session. • View other players' profiles and trophy collections. Discover new games and the latest news • Shop for new releases, pre-order games, and check out the latest deals and discounts on PlayStation Store. • Get your daily fix of gaming news from the world of PlayStation. • Stay up to date with notifications and invitations on your phone lock screen. Control your console wherever you are • Download games and add-ons to your console, so they're ready when you are. • Manage your PS5 console storage if you run out of space while downloading. • Get ready to play with quick sign-in and remote game launch on your PS5 console. Account for PlayStation Network required to use this app. PlayStation terms of service are viewable at https://www.playstation.com/legal/psn-terms-of-service/. Some features require PS5 or PS4 console. Content available on PS App may vary by country/region. Some titles shown above may not be available in your country/region. “PlayStation”, “PlayStation Family Mark”, “PS5”, and “PS4” are registered trademarks or trademarks of Sony Interactive Entertainment Inc. 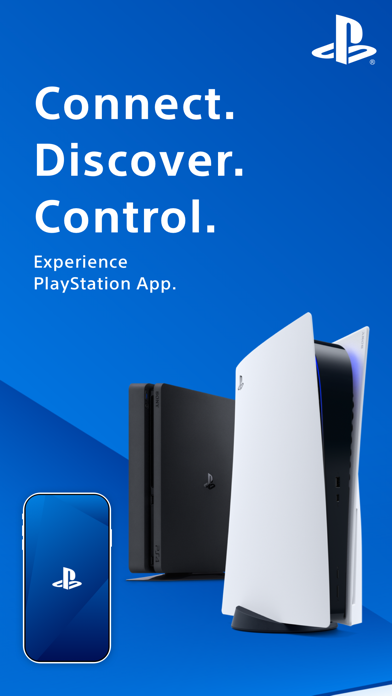 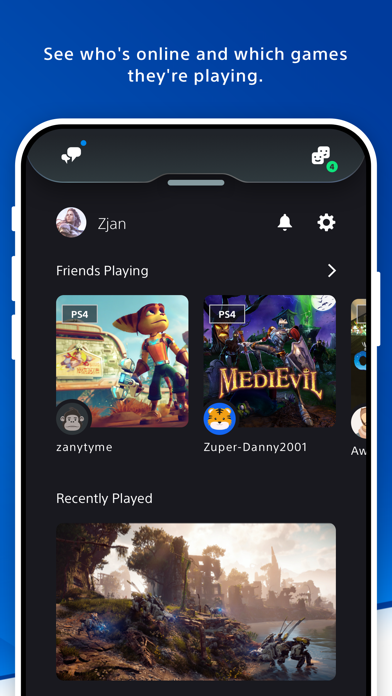 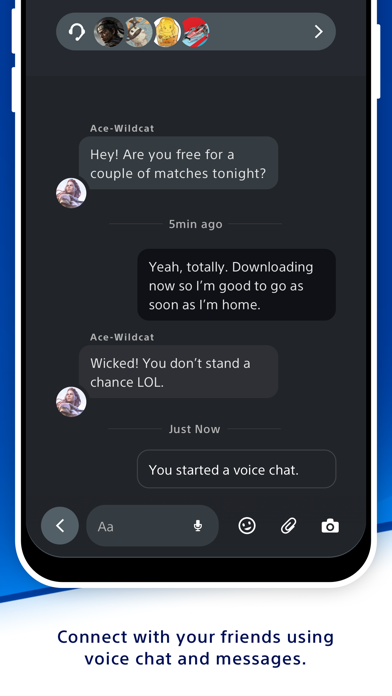 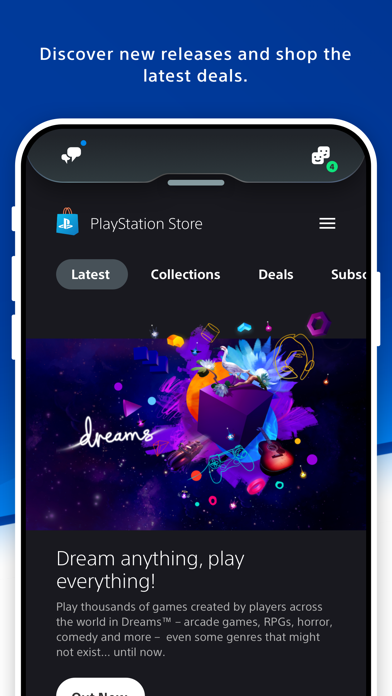 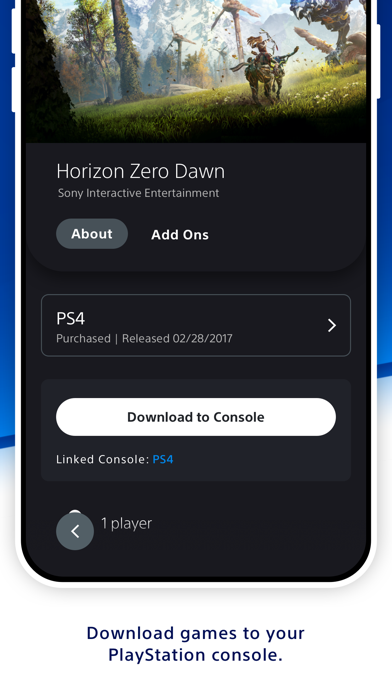 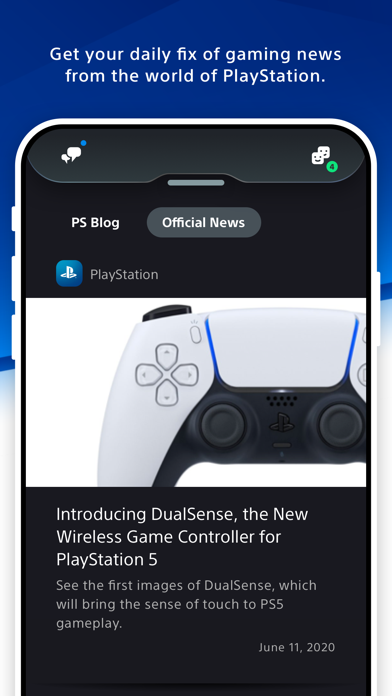