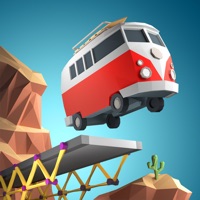 Poly Bridge, the hit indie bridge-building physics title with dozens of hours of gameplay. "A must play for anyone interested in puzzle games." - TheGamingReview * 105 Campaign Levels * Sandbox * 22 Achievements * Hydraulic Pistons * Moving Drawbridges * Swings, Jumps, and Classic Bridges Unleash your engineering creativity with an engaging and fresh bridge-building simulator with all the bells and whistles! Play the fully featured campaign with 100+ levels of challenging physics puzzles or make your own puzzles and bridge designs in the Sandbox. Success begins by getting cars to their destinations by any means; build suspensions, ramps and jumps, double-deckers, moving drawbridges, and much more. Complete every level under budget and with a sturdy, unbreaking bridge, to become a Poly Bridge Master Engineer... and unlock the secret world. 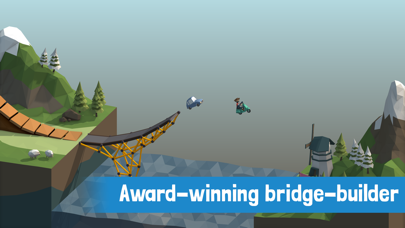 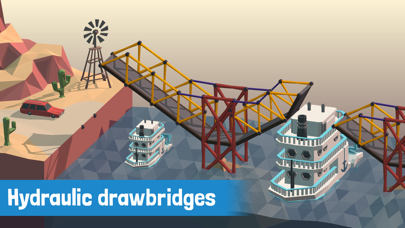 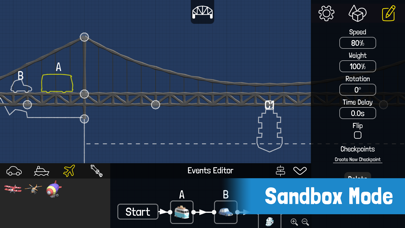 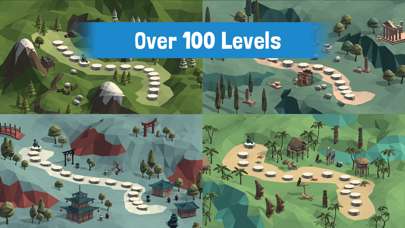 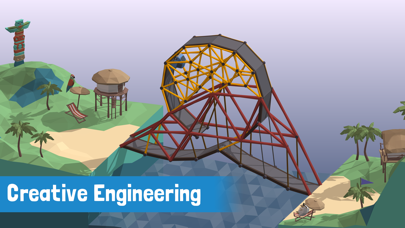