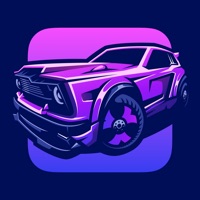 RL Garage brings the biggest Rocket League trading platform to your phone! With the iOS app, you can find and post trade offers with ease, and connect with other players. This is the official companion app for rocket-league.com - designed and optimized for mobile. RL Garage is the largest trading platform for Rocket League with over 4,300,000 registered users. Top features: * Filter through thousands of active trade offers, and find the items you're looking for * List & manage your own trade offers * Live Item Shop - Check out all current and past Rocket League items for sale in the ingame Item Shop, right in our app! * Message other players to negotiate deals * Browse all available items in the game RL Garage gives you full control over your trade offers, even when you're on the go. You can read public comments or your own private messages and respond to users. We regularly publish news and run contests with fun prizes, which you can follow along with inside the app under the 'News' tab. Get the full experience: We recommend logging in with your existing RL Garage account, so you can experience all of the app's features. If you're new to RL Garage, you may sign up for an account within the app, or via our website: https://rocket-league.com/register We're proud to bring the RL Garage experience to your phone, and we hope you enjoy the app! If you have any feature suggestions, problems, or other feedback, please contact us on Twitter @rlgarage or via email at [email protected] Trading rules: https://rocket-league.com/trading/rules - These rules apply for all trades created on our trading platform Legal Disclosure: https://rocket-league.com/legal Privacy Policy: https://rocket-league.com/privacy Disclaimer: RL Garage is a third party app. We have no rights to the game Rocket League. All material about Rocket League belongs to Psyonix, Inc. 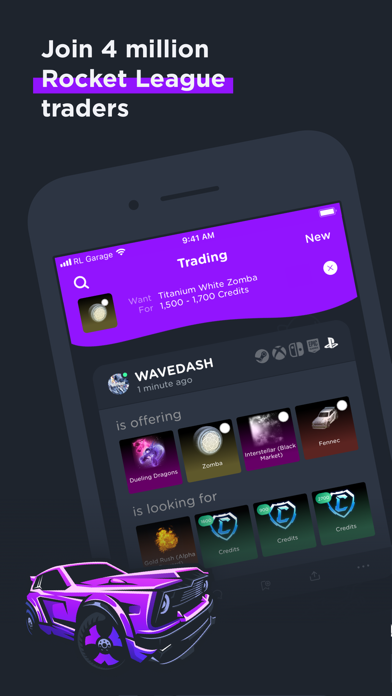 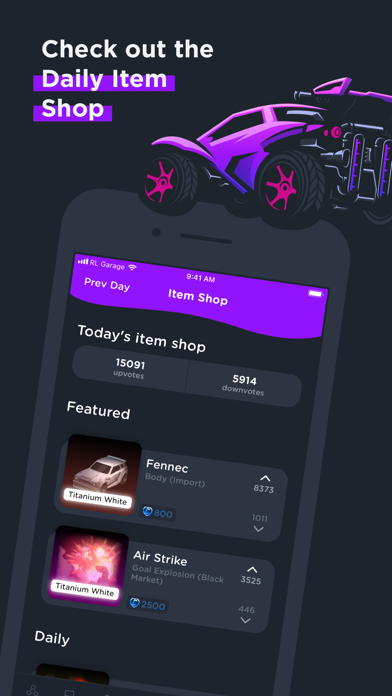 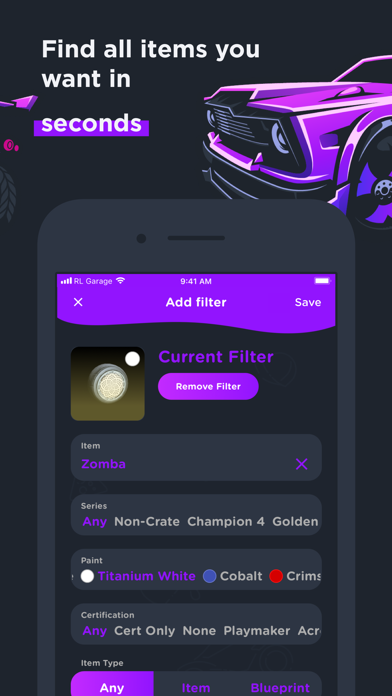 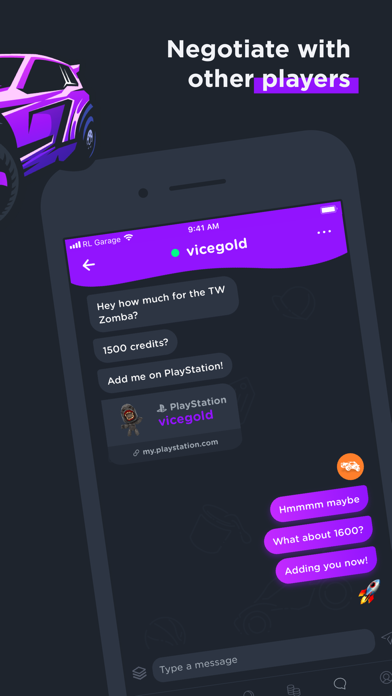 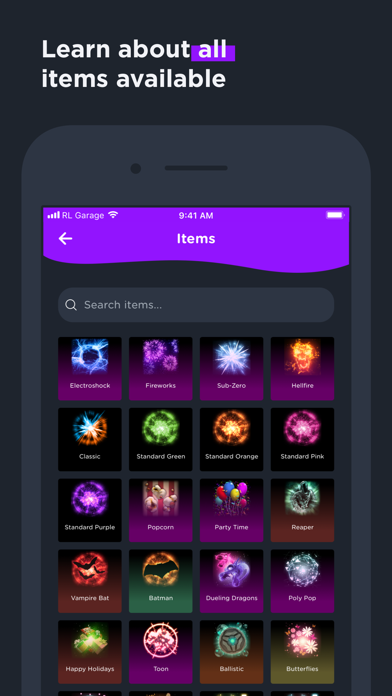