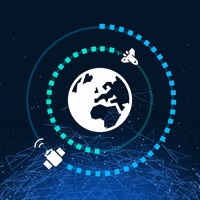 Satellites ISS & Star Tracker helps you identify the best time to catch a glimpse of International Space Station & Starlink satellites on your night sky. Input your location and tap through to find the best times to observe them near your area. Reminders can be set for upcoming launches and/or high visibility sightings around your location. The satellites & ISS routes in low Earth orbit can be discovered through the 'Live Map'. Track the Starlink Satellites & International Space Station in real-time with HD Live Map and Smart Tracking Engine. Explore the universe and outer space life under the astronaut perspective with Livestream videos directly from NASA. You can also have the chances to stargaze when tracking the orbits through live videos. Plan ahead your plan to catch the glimpse of ISS and SpaceX satellites on the night sky in your area with provided statistics & reminders. Satellites ISS & Star Tracker gives you access to the 24/7 Live HD video of the Earth & Starlink launch recorded directly by NASA. As the ISS station orbits with an average altitude of 250 miles (400 kilometers), you can follow its camera & explore all the Earth's surface within roughly 93 minutes. Launched 60 at a time, the Starlink is described as a "train" of lights as they gracefully move through our skies. With Google Maps integrated into the app, users can easily track the ISS and Starlink around the globe and monitor its movement. Satellites ISS & Star Tracker features: + Live camera feed of ISS & Starlink directly from NASA. + Track the ISS & Starlink around the globe with a Live Map. + Reminders for upcoming Starlink visits with visibility predictions. + Check the ISS & Starlink's live statistics to locate it more easily on the night sky. + Predicted ISS & Starlink location for users for better monitoring and planning at the night sky. Note: When the International Space Station is on the night side of Earth, the video image is black - this is normal. Please do not worry! Sometimes, the live video is not available due to transmission issues or because the crew is changing cameras. In such cases, you will usually have a blue or blank screen. In a few minutes the transmission should return back to normal, so just relax for a moment. This is not a problem with the app. Disclaimer: This app is not affiliated with neither NASA nor ISS nor Starlink or any space related platforms. All the videos are rights reserved by NASA, we do not own any of these videos. Terms of Use: http://vulcanlabs.co/terms-of-use/ Privacy Policy: http://vulcanlabs.co/privacy-policy/ Any questions? Contact us: [email protected] 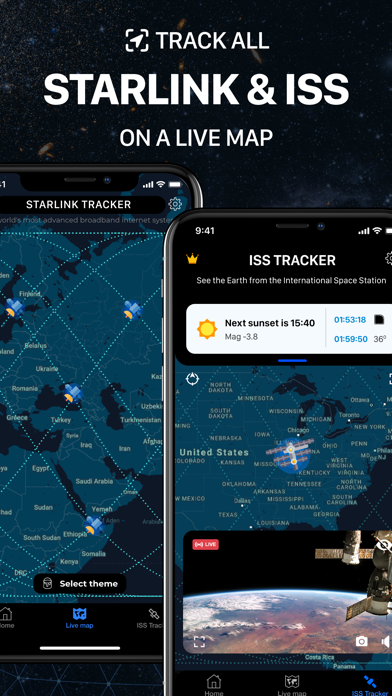 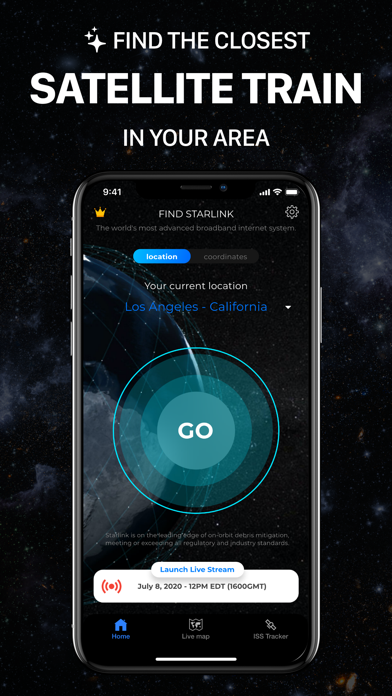