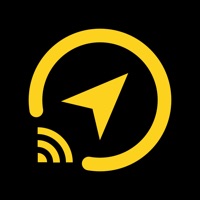 Scout GPS Link is a free mobile navigation app with MapStream™ mode, a full navigation experience with interactive, moving maps powered by real-time cloud information and designed exclusively for your car’s multimedia screen. Whether you’re commuting home, searching for a place to get gas, or want to beat traffic, get all the information you need at a glance on your personalized home screen. Wherever you’re going, Scout GPS Link makes navigating there a lot easier. Designed for your car’s screen* •Full navigation on your car’s multimedia display and Push-to-Talk features when you connect your iPhone to your car via USB and Bluetooth® •Select 2018 Lexus and Toyota vehicles with MapStream mode, a live map view that moves with you in 2D/3D modes •Seamless connection with your car to automatically access your routes, recent destinations, and favorite places from your phone •One-tap access to navigation in third party apps, such as Yelp and Fuel •Every feature is optimized for driving, such as simple visual directions, easy-to-access search by touch or voice, and automatic day and night modes to reduce glare •Split screen views allow you to multitask with other apps on your display—listen to music or take calls—while navigating Dependable navigation with real-time traffic and intelligent search •Convenient home screen with easy access to key features, like one-touch navigation to your home and work •The best routes for a quicker commute based on real-time traffic conditions and ETA •Easily enter addresses or places with One-Box Search and get suggestions while you’re typing •Avoid upcoming traffic congestion and road hazards with automatic reroute notifications •Discover places to dine, shop, get gas, and more, with voice commands and popular search categories •Resume canceled routes and repeat voice guidance Contact Us Do you have questions or suggestions you’d like to share with us? Contact us at [email protected] or select “Give Feedback” in the mobile app menu and let us know what you think. *Notes •Select 2018 Lexus vehicles with Display Audio and Toyota vehicles with Entune 3.0 Audio and Entune 3.0 Audio Plus require USB and Bluetooth connection to view MapStream mode moving maps on multimedia display; with Bluetooth connection only, the multimedia view will be TurnStream™ mode, turn-by-turn directions without a moving map •MapStream mode NOT available for 2017 and earlier Lexus and Toyota vehicles •Scout GPS Link in-car features and experience may vary based on vehicle manufacturer and model •Continued use of GPS running in the background can decrease battery life Telenav Website – www.telenav.com Scout GPS Link Support –[email protected] 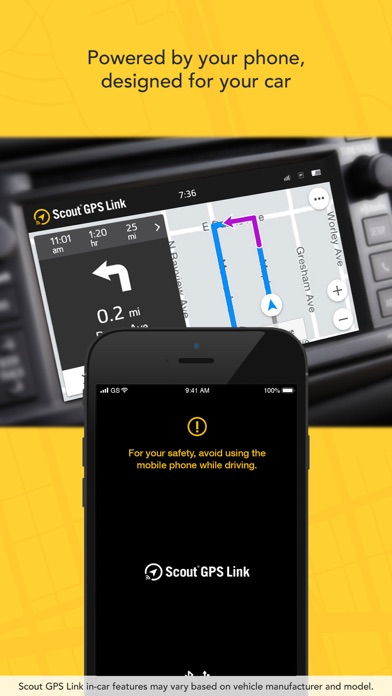 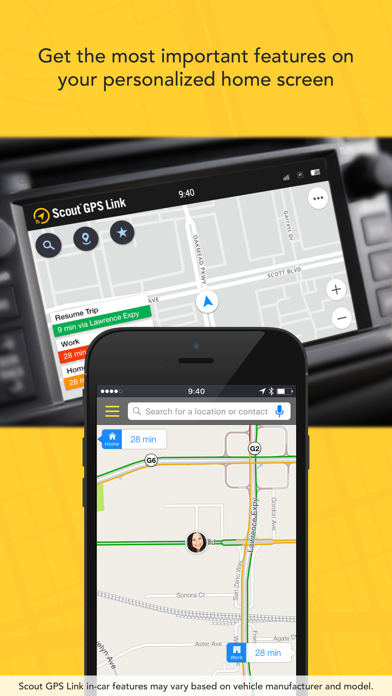 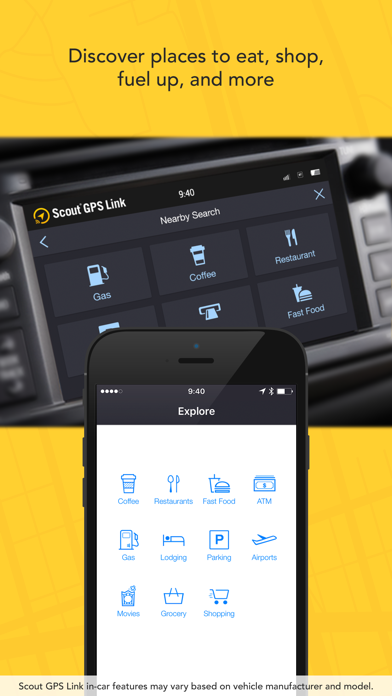 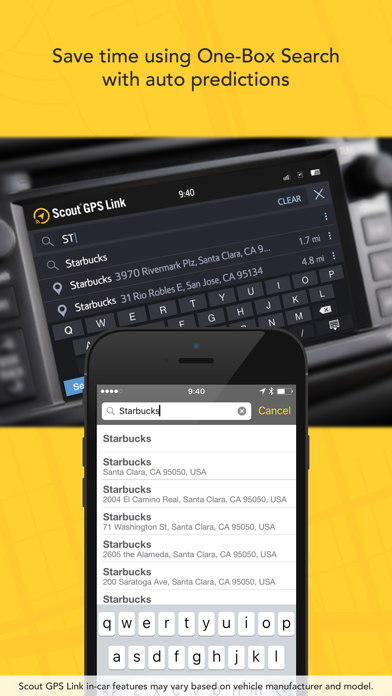 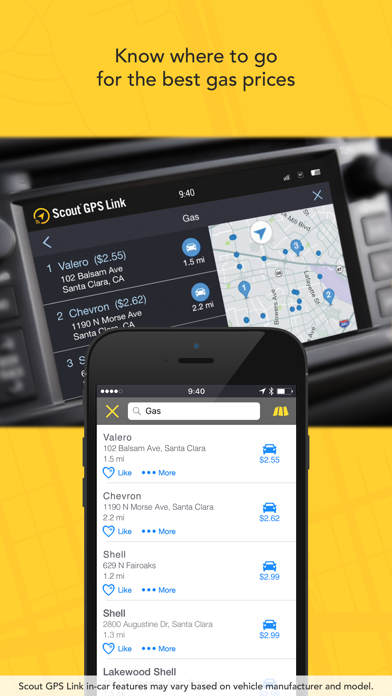