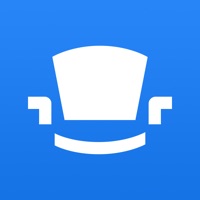 SeatGeek is the smart way to buy and resell tickets to thousands of sporting events, concerts, festivals, and Broadway shows. Every deal is color-coded from best to worst and mapped on an interactive seating chart with real photographs from every section. Tickets are backed by SeatGeek's 100% buyer guarantee, and resellers may list tickets above or below face value. MORE FEATURES: - Scan SeatGeek at the venue to enter your event - Send tickets to friends for free or for $$$ (U.S. only) - Buy in a flash, with only two taps - Sell tickets effortlessly on the SeatGeek Marketplace (U.S. only) - Discover new events personalized for you - Track your favorite artists, teams, & shows - Cash out tickets you sell to your bank account USER REVIEWS: ***** "Love the fact that this app shows you tickets for all kinds of events: concerts, sports, broadway shows, comedy nights and music festivals" ***** "Best app for Broadway and theatre!" ***** "Cheap tickets to NFL, NBA, NHL, MLB and more. So easy to use." ***** "Now I use SeatGeek because the app is awesome and their support is incredible." PRESS: "Save Hundreds of Dollars on Tickets" - ABC World News "SeatGeek: Buying Tickets Just Got as Painless as Possible" - Gizmodo "SeatGeek Lets You Easily Resell Tickets, Transfer Them to Friends" - Engadget "SeatGeek is a smart way to buy sports and concert tickets" - Washington Post CONNECT: Website – seatgeek.com Facebook – facebook.com/SeatGeek Twitter – twitter.com/SeatGeek Contact Us – seatgeek.com/contact 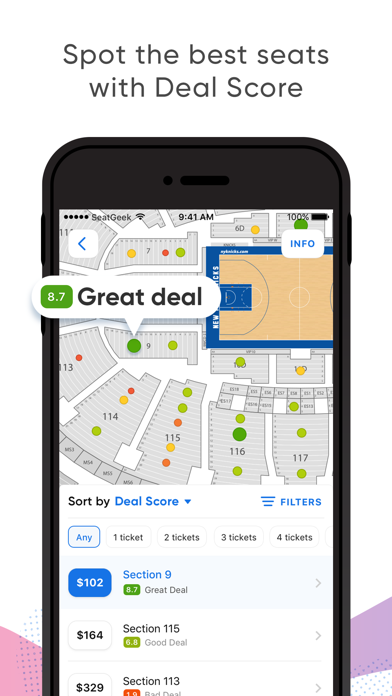 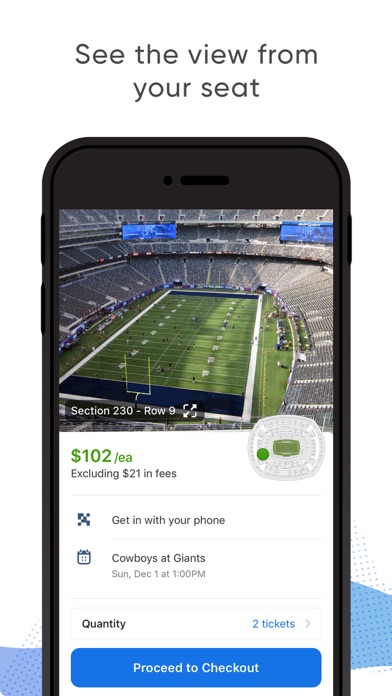 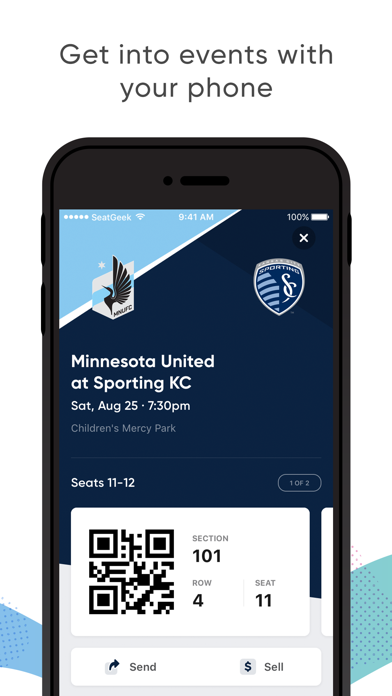 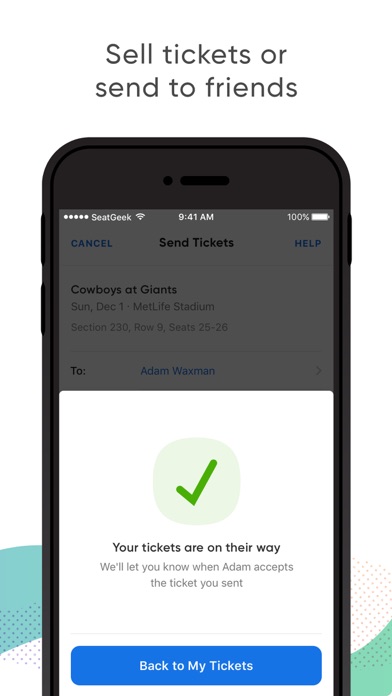