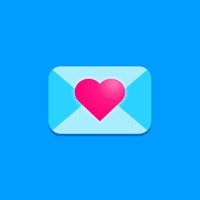 1) choose a lens game 2) friends answer right on your story 3) get responses on sendit --- sendit games subscription pricing and terms sendit offers an auto-renewing subscription of: $1.99 per week these prices are for united states customers. pricing in other countries may vary and actual charges may be converted to your local currency depending on the country of residence. the subscription will automatically renew unless turned off in your apple account settings at least 24 hours before the current period ends. you can go to your account settings to manage your subscription and turn off auto-renew. your account will be charged when the purchase is confirmed. if you subscribe before your free trial ends, the rest of your free trial period will be forfeited as soon as your purchase is confirmed. terms and conditions: https://getsendit.com/terms-of-service.pdf privacy policy: https://getsendit.com/sendit-privacy.pdf 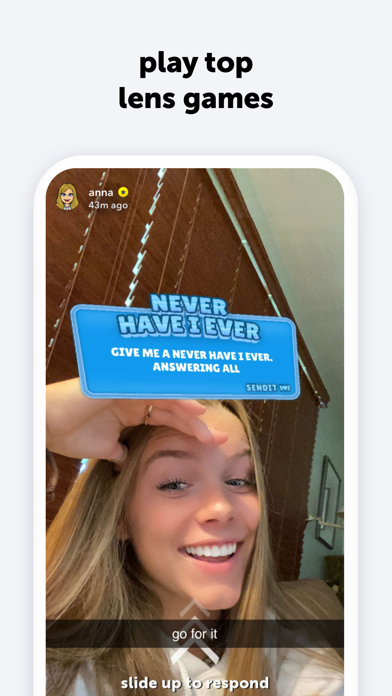 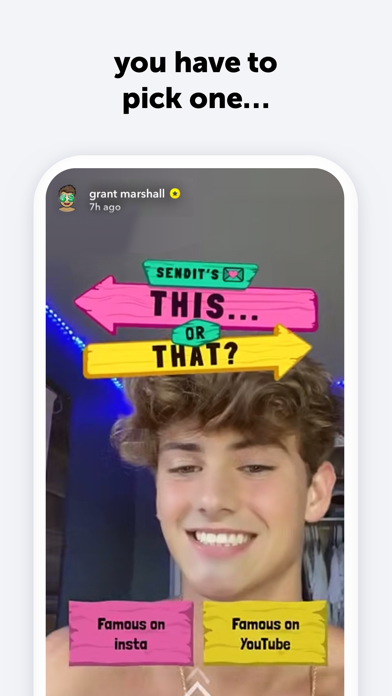 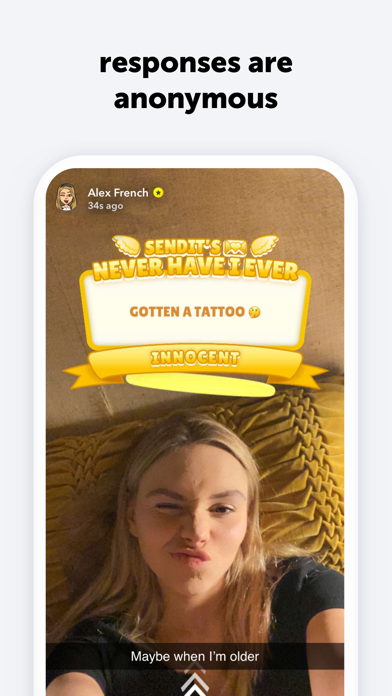 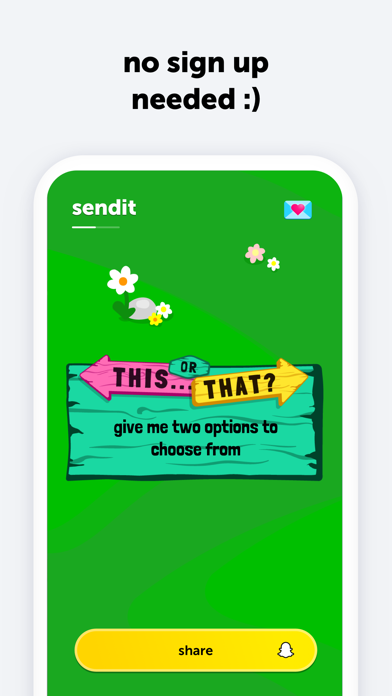 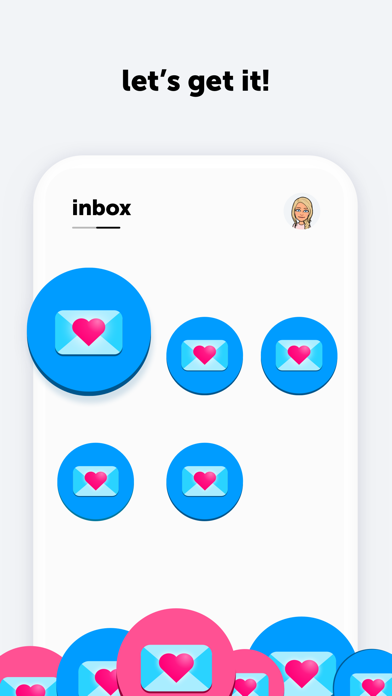