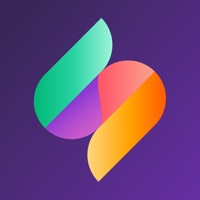 Become financially empowered and enjoy stress-free shopping with the Sezzle app! Sezzle is a digital payment platform that enables everyone to take control of their financial future, spend responsibly, and shop conveniently. When you shop with Sezzle, your purchases are split into 4 payments at 0% interest over 6 weeks. And there's no impact on your credit! GET STARTED NOW Download and sign up - Experience flexible, hassle-free shopping in the Sezzle app! Shop our extensive store directory - The Sezzle app is your one-stop shop to discover over 47,000 brands that offer the latest trends in fashion, home goods, beauty, and more! From name brands you know and love to small businesses, there's always something new to discover. Split your payments - Sezzle gives you the purchasing power you deserve, so you can buy what you want now and pay later. Split your purchases into 4 payments at 0% interest over 6 weeks. Take control of your purchases - Easily manage existing orders, reschedule future payments, change your payment methods, and get notifications ahead of your next payment in the app. Favorite the stores you love - Add the brands you love to your 'Favorites' by tapping the heart icon on the store tile. This will create a new category so you can easily shop your favorites in the future. Access exclusive offers - Find the latest and greatest deals from top brands in the Sezzle app. We know the value of a good deal, so we're always sharing new offers and ways to save at your favorite stores. Connect with us - Let's stay in touch! Follow us on Instagram for the latest Sezzle updates, deals, giveaways, and shopping guides you'll love. 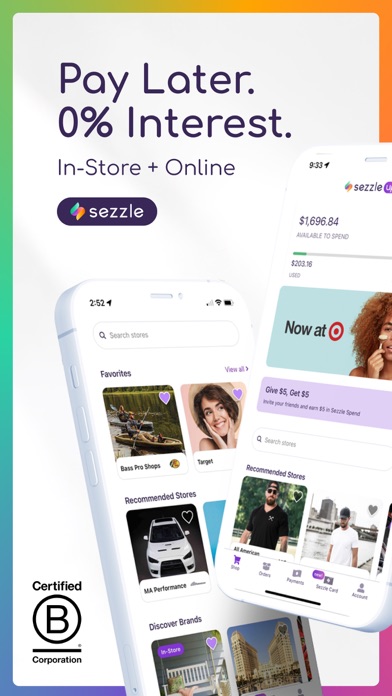 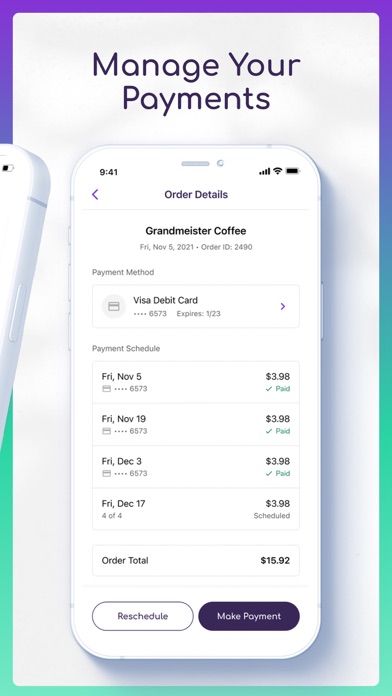 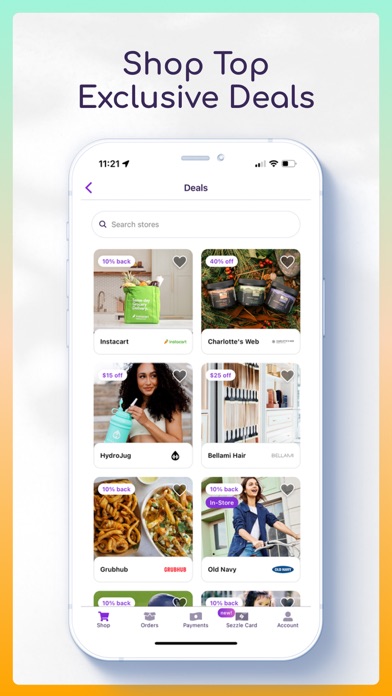 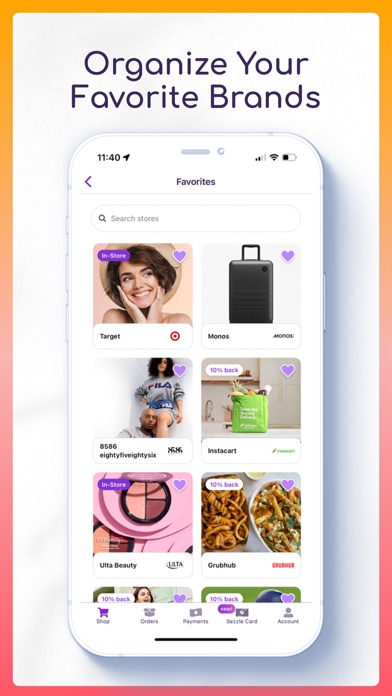 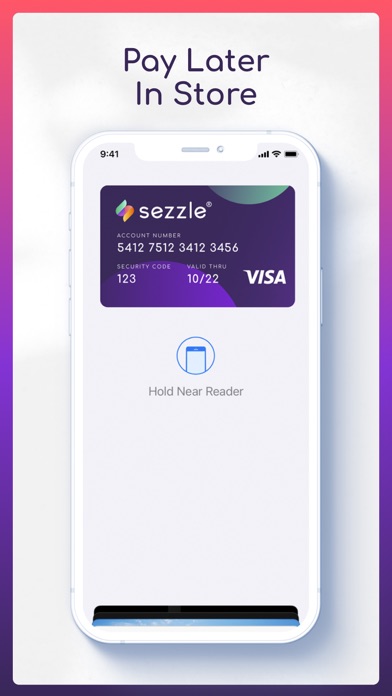