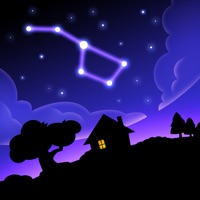 SkyView® Lite brings stargazing to everyone! Simply point your iPhone, iPad, or iPod at the sky to identify stars, constellations, satellites, and more! Downloaded over 27 million times. If you like our lite version of SkyView then you'll love our full version! It includes: a convenient Apple Watch app, a Today Widget displaying tonight's brightest objects, ALL in-app purchases offered in this version, thousands more objects to discover, and more! App Store Best of 2012 App Store Rewind 2011 -- Best Education App “If you've ever wanted to know what you're looking at in the night sky, this app is the perfect stargazer's companion.” – CNET "If you’ve ever been looking for a stargazing app for your iPhone, then this [is] definitely the one to get." – AppAdvice “SkyView is an Augmented Reality app that lets you see just what delights the sky has to offer.” – 148Apps Editor’s Choice You don't need to be an astronomer to find stars or constellations in the sky, just open SkyView® Lite and let it guide you to their location and identify them. SkyView® Lite is a beautiful and intuitive stargazing app that uses your camera to precisely spot and identify celestial objects in sky, day or night. Find your favorite constellations as they fade in and out while you scan across the sky, locate the Moon, discover distant galaxies, and witness satellite fly-bys. Features: • Simple: Point your device at the sky to identify galaxies, stars, constellations and satellites (including the ISS and Hubble) passing overhead at your location. • Sightings: set reminders for celestial events and plan an evening stargazing & spotting satellites. • Augmented Reality (AR): Use your camera to spot objects in the sky, day or night. • Sky Paths: Follow the daily sky tracks for the Sun and Moon to see their exact locations in the sky on any date & time. • Time Travel: Jump to the future or the past and see the sky on different dates and times. • Social: Capture and share beautiful images with friends and family on social networks. • Mobile: WiFi is NOT required (does not require a data signal or GPS to function). Take it camping, boating, or even flying! • Supports Space Navigator™ binoculars, spotting scope, and telescopes. What a fun way to teach yourself, your children, your students, or your friends about our wonderful universe! 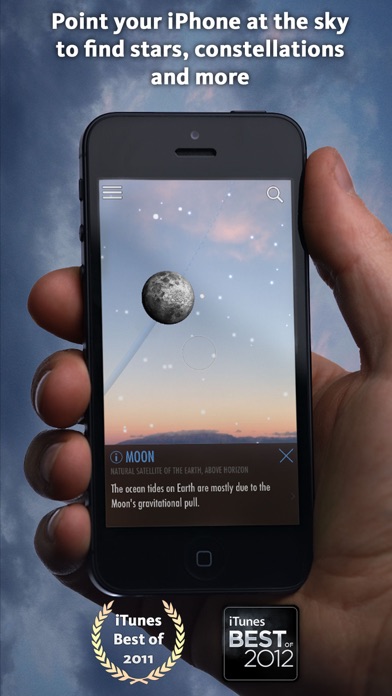 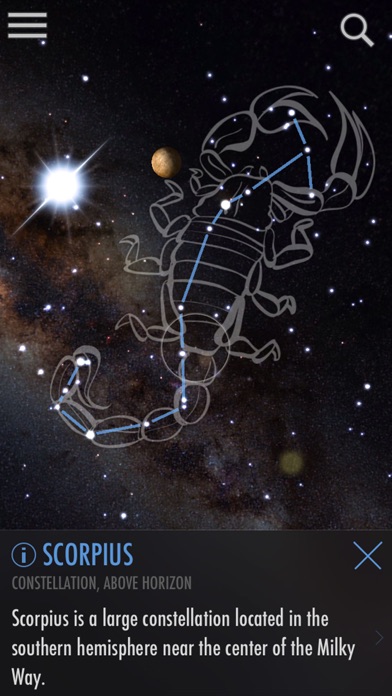 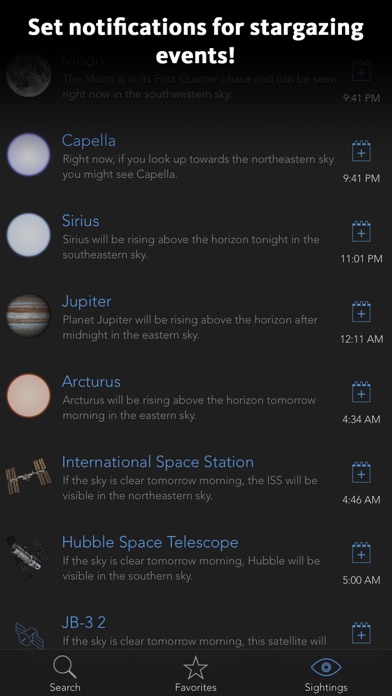 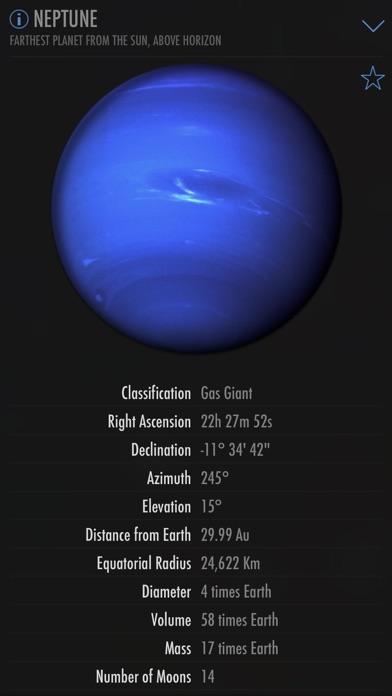 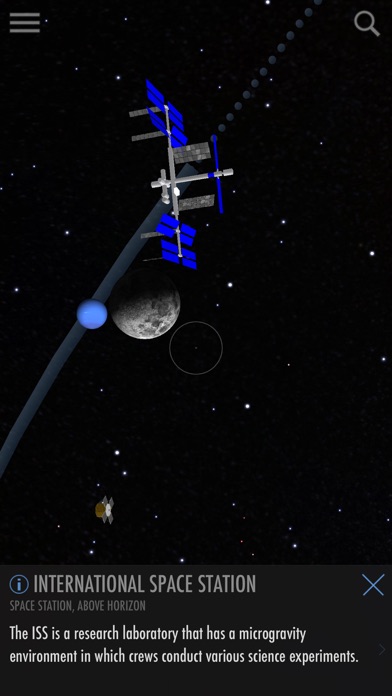