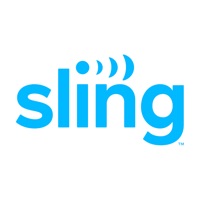 SLING is a streaming service with the best of live TV, both free and paid, streamed to you on any device. And with 200+ channels, SLING has something for everyone. It’s the live TV you love for half the cost of cable. Plus, watch over 85,000 movies & shows on demand. Programming Available From SLING TV: With free channels like ABC News Live and premium cable networks such as MSNBC and FOX News, Sling keeps you informed while you stay safe inside. Entertainment networks like Lifetime, Food Network, and HGTV mean SLING TV has something for everyone. NEWS | Stay up-to-date and informed with plenty of news channels like FOX News and Bloomberg. ENTERTAINMENT | Stay in & SLING in with entertainment for the whole family. Sign up and get Freeform and A&E. LIFESTYLE | With SLING TV, you can get your DIY fix with HGTV and satisfy your cravings for new recipes on Food Network. Plus, we have plenty of other lifestyle channels like Hallmark and Cooking Channel. KIDS’ SHOWS | Keep the kids happy and the Saturday morning cartoon tradition rolling with Disney and Cartoon Network. SPORTS | Catch the latest news, analysis and feature films of your favorite sports on ESPN, ESPN2, FS1, and a whole lot more. INTERNATIONAL | SLING TV is one of the best international streaming services in the U.S., offering programs in 22 languages including Spanish, Hindi & Arabic. Please note: This app features Nielsen’s proprietary measurement software that will allow you to contribute to market research, like Nielsen’s TV Ratings. Please see www.nielsen.com/digitalprivacy for more information. 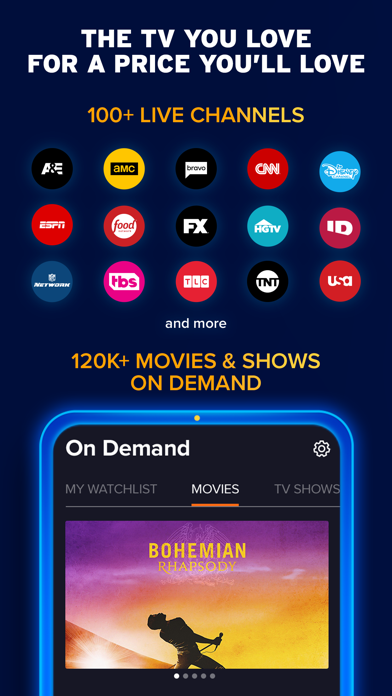 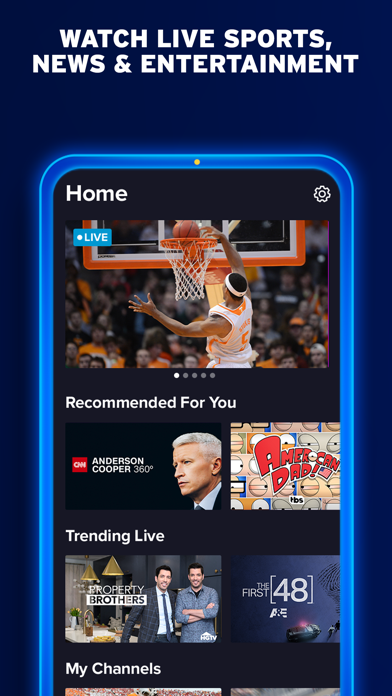 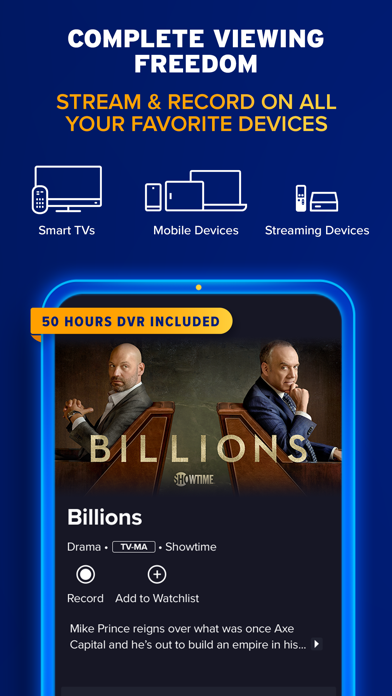 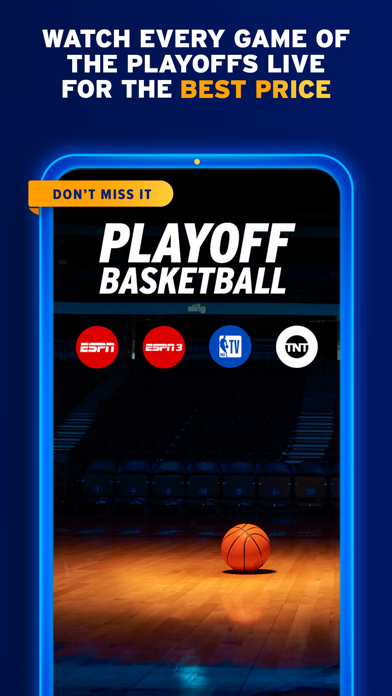 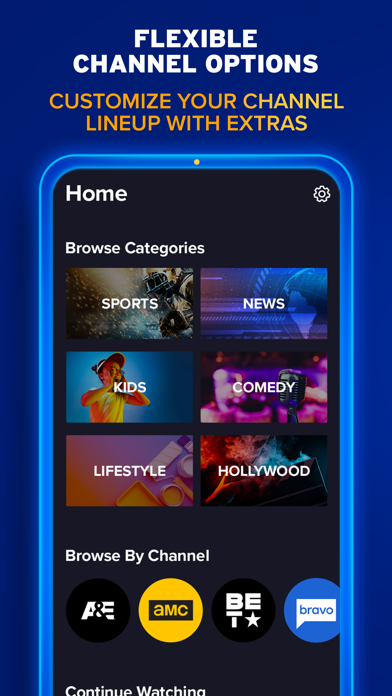 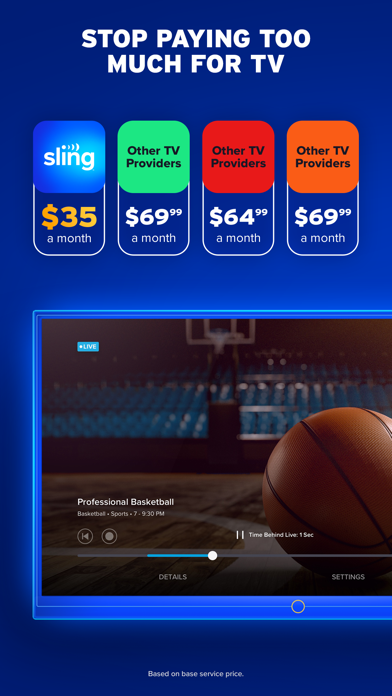