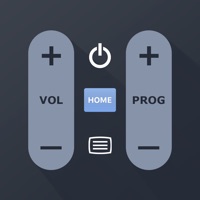 Smart TV Remote is designed specifically to control Sony Smart TVs. The remote control app offers a wide range of buttons that are available on a physical remote control, an easy to use touchpad for navigation through the content and a list of apps installed on TV. To control your Sony TV, make sure that your TV is connected to the same Wi-Fi network as your mobile device. Launch Smart TV Remote app, select your Sony TV from the list of detected devices and enter the PIN displayed on the TV screen into the app. TV control has never been easier. The app features all the necessary buttons. You no longer have to look for your Sony TV remote control or buy a new one in order to replace the one broken down. Multifunctional touchpad will allow you to easily scroll through the lists of new movies and music, choose your favorite content. With Smart TV Remote app you can easily launch apps installed on your TV, such as Netflix, Youtube or a web-browser. Smart TV Remote turns your iPhone or iPad into a smart remote control for your Sony TV. Main features: - Automatic detection of Sony TV in the Wi-Fi network; - All the necessary buttons for controlling the TV (Sony TV remote); - A large touchpad for convenient menu and content navigation; - Launching of TV applications directly from the iOS app; Premium Subscription User can subscribe for unlimited access to Premium features. Subscribed users have unlimited use of the Interaction tab without ads. This app includes an optional auto-renewable subscription: 1 year with a 7-days free trial period. Subscription is from $19.99/year. Prices are equal to the value that "Apple's App Store Matrix" determines is the equivalent of the subscription price in USD. Payment will be charged to iTunes Account at confirmation of purchase. Subscription automatically renews unless auto-renew is turned off at least 24-hours before the end of the current period. Account will be charged for renewal within 24-hours prior to the end of the current period, and identify the cost of the renewal. Subscriptions may be managed by the user and auto-renewal may be turned off by going to the user’s Account Settings after purchase. For details please visit the link https://support.apple.com/HT202039. When current trial/subscription period expires, user will be unsubscribed. The current active subscription period can not be canceled. After subscription expires, user will no longer be able to use Interaction tab. Any unused portion of a free trial period, if offered, will be forfeited when the user purchases a subscription to that publication, where applicable. Terms of Use: https://kraftwerk9.com/terms Privacy Policy: https://kraftwerk9.com/privacy Disclaimer: Kraftwerk 9, Inc is not an affiliated entity of Sony Corporation, and Smart TV Remote application is not an official product of Sony. 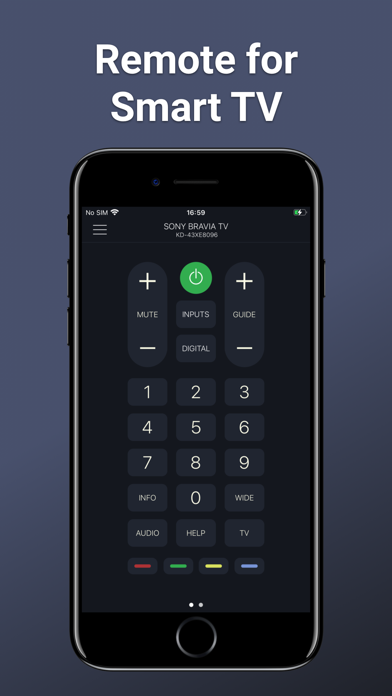 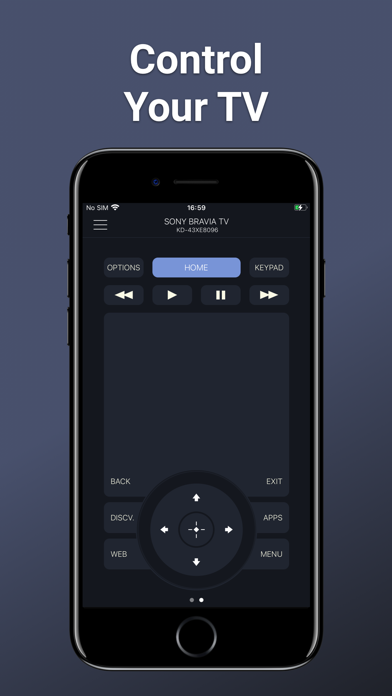 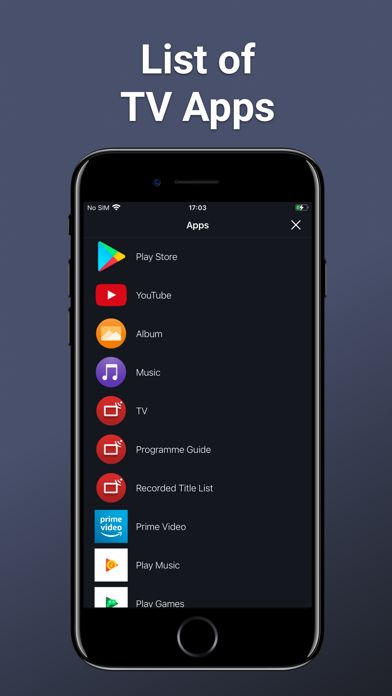