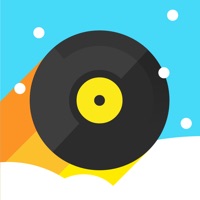 Join the world's largest music trivia community! Listen to actual songs and guess as fast as you can, featuring music from all your favorite artists- whether Taylor Swift, Drake, Selena Gomez, and Justin Bieber or Van Halen, Queen, Ed Sheeran and more! Challenge your friends and play against music lovers worldwide! -New music and exclusive playlists are added every day to collect, master, and earn trophies! -Compete in party mode against hundreds of players in daily multiplayer tournaments! Can you win all your favorite badges? -Dozens of music genres, themes, and categories: Today's Hits, Pop, Hip-Hop, Classic Rock, Country, Indie, Latin Hits, and more! -Collections for every decade: 2010s, 2000s, 90s, 80s, 70s, 60s and more! Join the hottest music game now! MONTHLY VIP SUBSCRIPTION -$4.99USD/month (Monthly price is region based) -All the playlists, all the time! VIPs can now play ANY playlist, no need to own it or spend power-ups to play. -300 games at once instead of 30! -Master playlists faster! VIPs earn one bonus VIP note for every correct answer to master playlists faster, even when correct answers aren’t in a row. -More flashy profile! -No ads, higher quality and longer music clips, exclusive parties, and unlimited best matches! – Payment will be charged to iTunes Account at confirmation of purchase – Subscription automatically renews unless auto-renew is turned off at least 24-hours before the end of the current period -Account will be charged $4.99 for renewal within 24-hours prior to the end of the current period – Subscriptions may be managed by the user and auto-renewal may be turned off by going to Account Settings after purchase -SongPop’s terms of use can be read at freshplanet.com/terms-of-use and privacy policy at freshplanet.com/privacy-policy Enjoying SongPop? Like us on Facebook: https://www.facebook.com/SongPopGame Follow us on Twitter: @SongPop1 Comments? Ideas? let us know at http://support.songpop2.com/ ! 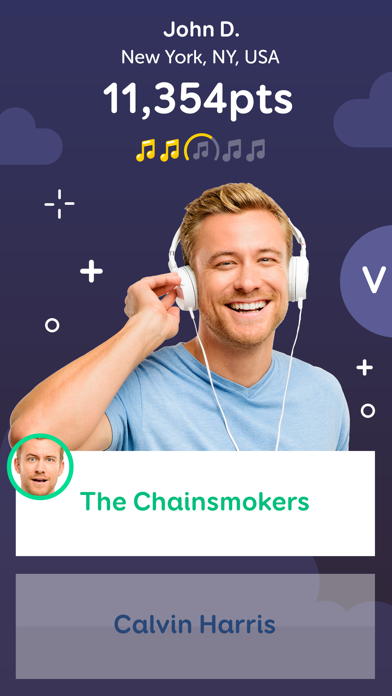 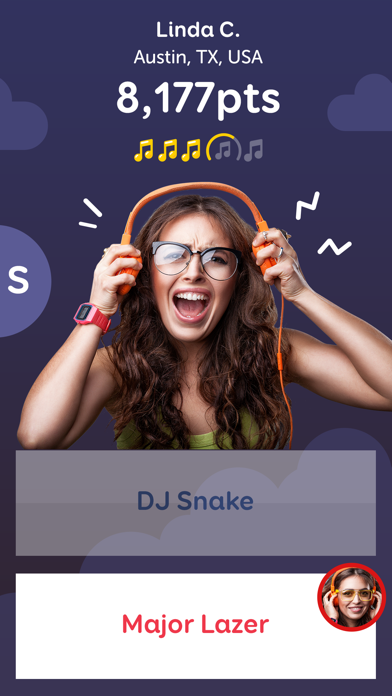 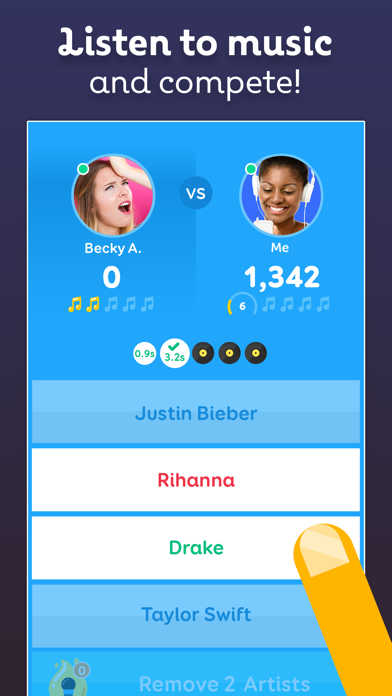 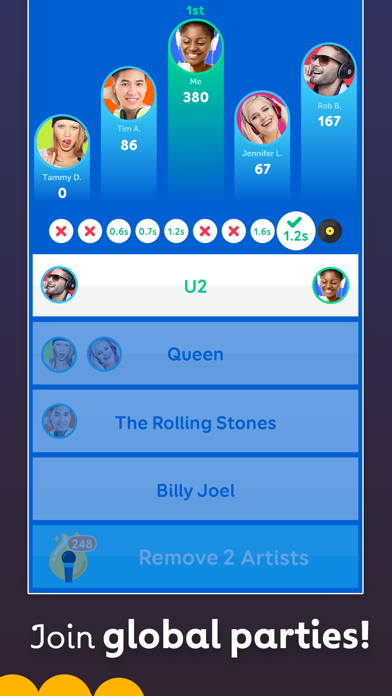 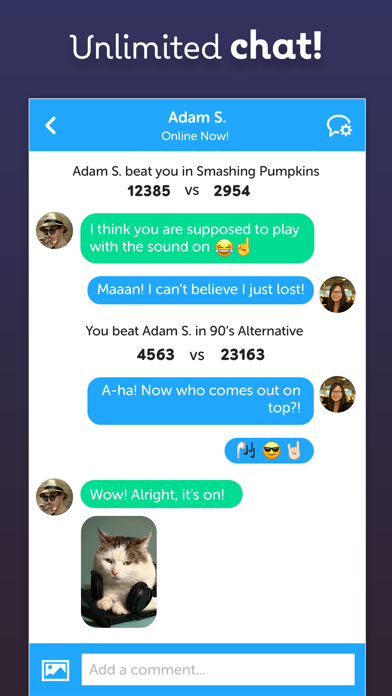