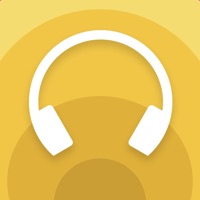 Customize Sony headphones with a linkage function for this app to your liking. Everyday music becomes even more enjoyable with easy controls. You can quickly connect to a smartphone by following a guide. You can easily start to use it even if it’s your first time. Main Feature • “Dashboard” for viewing and changing settings quickly • Easy “Connection guide” for first time users • "Ambient Sound Control" for changing noise cancellation and ambient sound mode settings easily.*1 • Customize the surround effect and equalizer function.*1 • "Adaptive Sound Control" for changing ambient sound mode setting automatically by activity recognition.*1 • Direct access to the Help menu for your headphones and app • Additional features, updates and important news will be notified via notifications (In order to receive notifications, notification settings in your smartphone must be set to ‘on’) • Personalization function*1 to enjoy 360 Reality Audio*2 with spacial sound field for you *1 Limited to compatible devices. *2 360 Reality Audio may not be available in all countries and regions. Compatible Sony products: Please visit the website below. http://rd1.sony.net/help/mdr/hpc/h_zz/ Note * Some features may not be supported by certain devices. Please visit the website below for details. http://rd1.sony.net/help/mdr/hpc/h_zz/ * Some functions and services may not be supported in certain regions/countries. * Please make sure to update Sony | Headphones Connect to the latest version. * Bluetooth® and its logos are trademarks owned by Bluetooth SIG, Inc., and their use by Sony Corporation is under license. * Other system names, product names, and service names that appear in this app are either registered trademarks or trademarks of their respective development manufacturers. (TM) and ® are not indicated in the text. 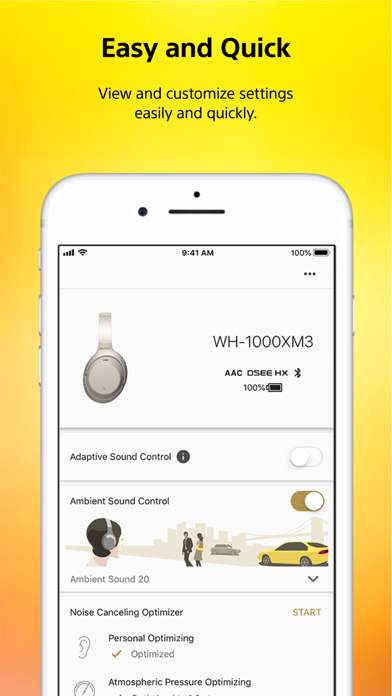 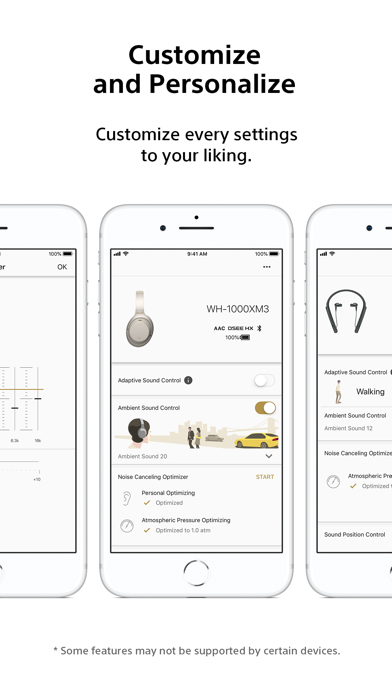 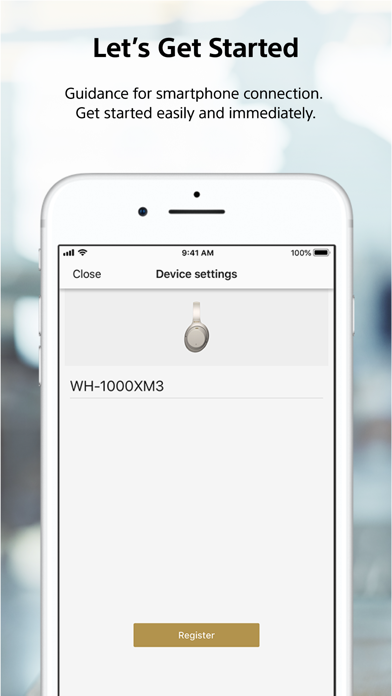