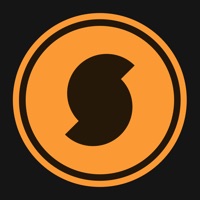 Hey, what song is that? SoundHound makes it simple to identify music playing around you. Whether you’re in the car or out and about — open the app, hit the big orange SoundHound button, let your phone listen for a few seconds, and we’ll tell you exactly what’s playing! It's been called pure magic — and with 300M+ downloads and billions of songs discovered — we tend to agree. SoundHound comes equipped with “Hey SoundHound…”, an incredibly powerful way to interact with the app using your voice. “Hey SoundHound…” can help you navigate the app, activate the orange button, and playback songs hands-free. Simply say ‘Hey SoundHound...’ from any screen and say a command! Discovering new music is only half the fun of SoundHound. We’re music lovers too, so we’ve created an incredible experience for you to relive your discoveries with our music player. Connect your Apple Music or Spotify account to listen, build playlists, explore music across genres, and find new favorites - all with real-time, karaoke-style lyrics using LiveLyrics®. Don’t have an Apple Music or Spotify subscription? No sweat, we have you covered with our free, built-in YouTube player. This is your music journey. Curious to know more? Here’s everything you need to know! DISCOVER • Tap the SoundHound button in the app, in the notification center widget, or via 3D touch on the app icon to discover music playing around you! We’ll let you know everything about the song including title, artist, album, and lyrics! • Have a song stuck in your head? Press the SoundHound button, sing or hum the tune, and we’ll do the rest! • Keep track of all your discoveries in your own personal history • Use the Apple Watch app to quickly identify music and sing-along with LiveLyrics. Users with a cellular-enabled Apple Watch can use the app without being connected to an iPhone PLAY • Listen to songs and view lyrics in our free, built-in YouTube player • Simply say ‘Hey SoundHound....’ from any screen or tap the microphone on the play page. Once you see the listening panel, you can follow up with commands including: App Navigation: ‘Hey SoundHound… Show me my discoveries’ Help/Questions: ‘Hey SoundHound… Show me what I can say’ Music Discovery: ‘Hey SoundHound… What’s that song?’ Song Playback: ‘Hey SoundHound... Play Hello by Adele’ Lyrics Search: ‘Hey SoundHound... Show me lyrics to Castle on the Hill’ Top Charts: ‘Hey SoundHound...Play today’s top songs’ Playlists (Spotify account & registration required): ‘Hey SoundHound… Play my Discover weekly playlist on Spotify’ Add to Spotify Playlist (Spotify account & registration required): ‘Hey SoundHound… Add this song to my playlist’ CONNECT AND SHARE • Build personalized playlists through Apple Music or Spotify (SoundHound account and music subscription required) • Access Spotify playlists for a richer playback experience through SoundHound • View and interact with real-time, moving lyrics for your songs with LiveLyrics • Keep all of your discoveries synced across multiple devices • Share your music discoveries to Facebook, Twitter, messaging services, and email! Upgrade to SoundHound∞ for an ad-free experience: https://04ii.app.link/RXaRXypntA SoundHound is powered by Houndify, an independent voice-enabled AI platform that enables natural, conversational intelligences on any product. 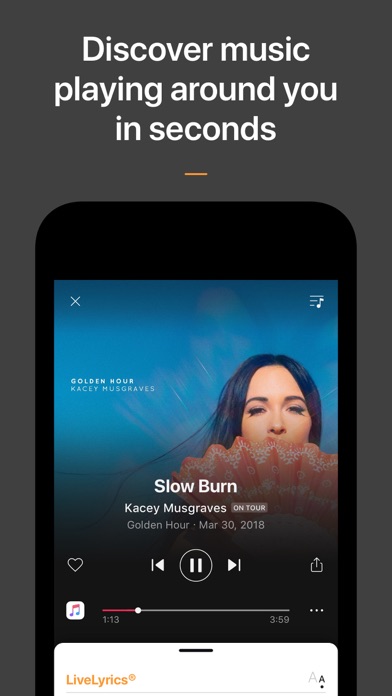 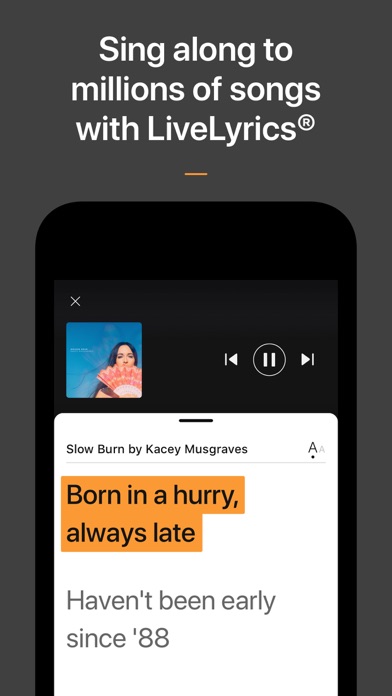 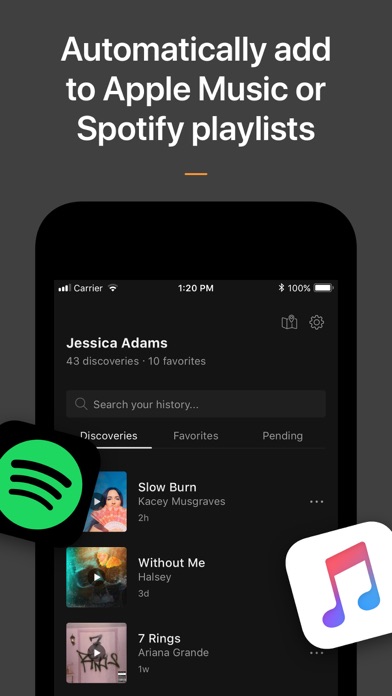 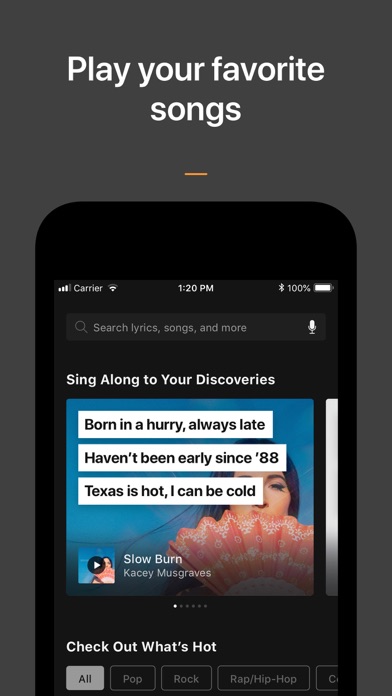