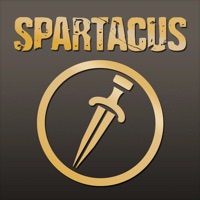 Before The War of the Damned, there was the Battle For Nuceria. The coming season of Spartacus: War of the Damned almost is upon us! To celebrate, we have launched the Battle For Nuceria, an amazing digital experience where you become a Rebel in Spartacus’ army and earn points, claim rewards and win prizes by performing special missions. The Hypogeum app is a crucial tool in the Battle For Nuceria! In order to participate in Battle For Nuceria, you need this app. The Hypogeum app allows you to take part in various check-in missions, scanning missions, receive communication from Rebel Leaders, check your progress, share your achievements, and watch videos of the cast of Spartacus: War of the Damned. Check In: Throughout Battle for Nuceria, you will be instructed to “Capture” all sorts of locations. Romans will stand guard in front of unclaimed locations. Rebels will greet you at locations that have already been captured. Scan: In certain missions, you will need to locate and scan the Rebel Mark, the official mark of Spartacus’ rebel army. You will know it when you see it. In other missions, you will need to find and scan the Spartacus: War of the Damned posters. Compete: During Battle For Nuceria you are playing for prizes that will be awarded to users. By performing missions, you not only unlock rewards, but you also earn points towards your grand point total. The more points you get, the higher you will place on the Battle For Nuceria Leaderboard. Share: There are ways to earn points by sharing your activities on Facebook and Twitter, so be sure to tell your friends and help build the Rebel Army to seize Rome. Messages: Receive messages from the Rebel Leaders via exclusive push notifications. We highly recommend you sign up online  at The Rebel Encampment (http://BattleForNuceria.com) for the full experience. Once you have done so, complete the Mission 1 on The Rebel Encampment playing the Rebel Training challenge. Then, simply synch your online account by logging in on the Hypogeum app to participate in mobile missions, keep track of your scores, earn points for rewards and more! Set hands to task! 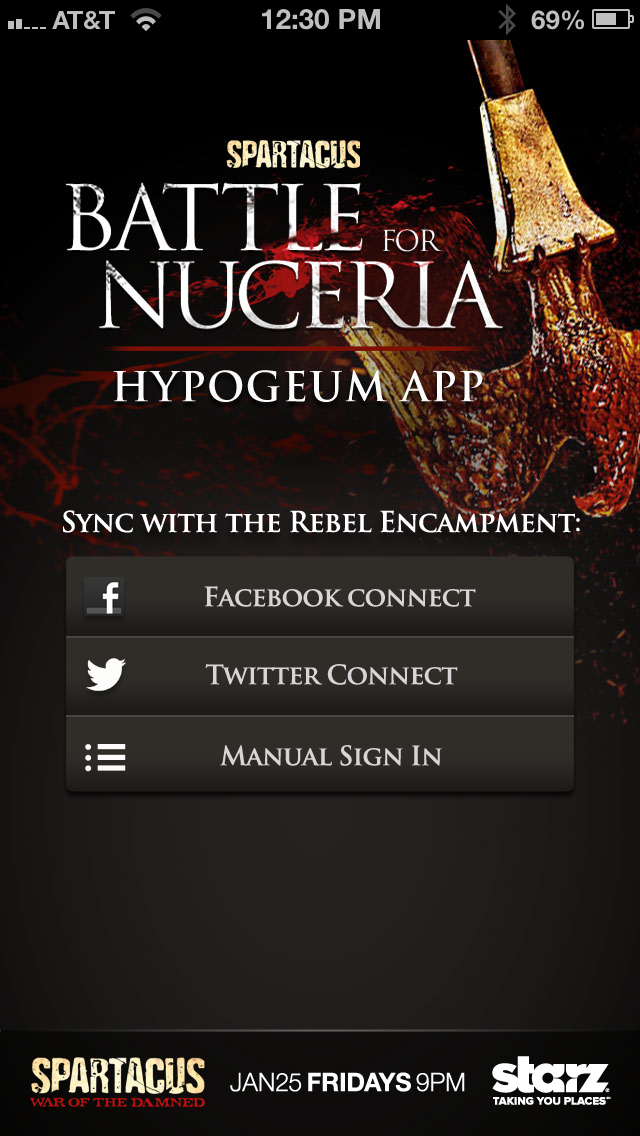 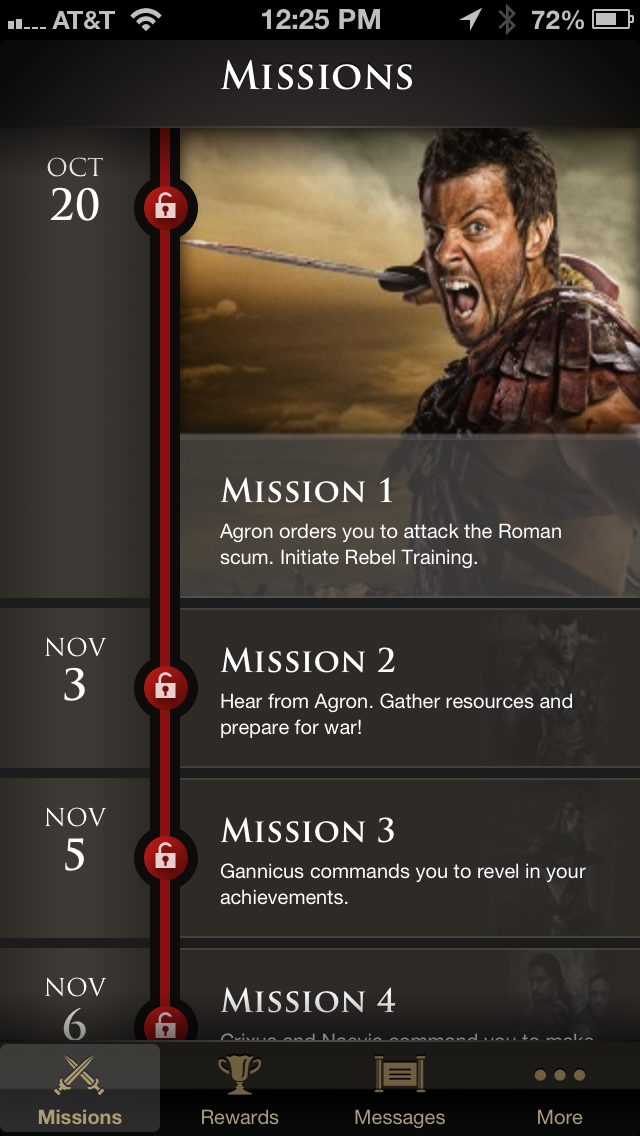 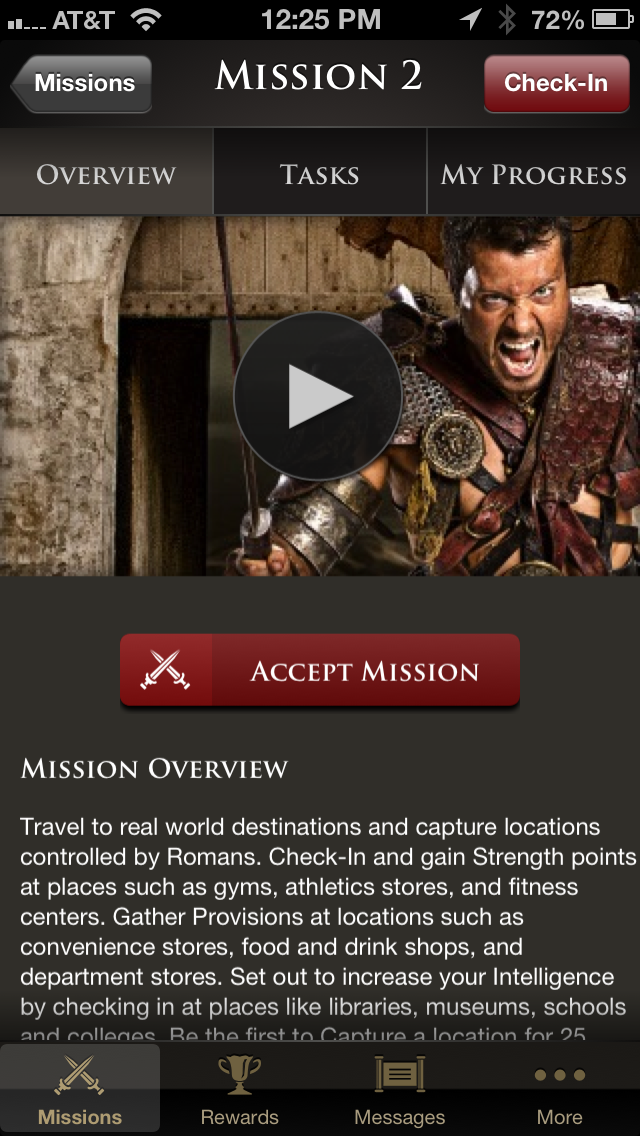 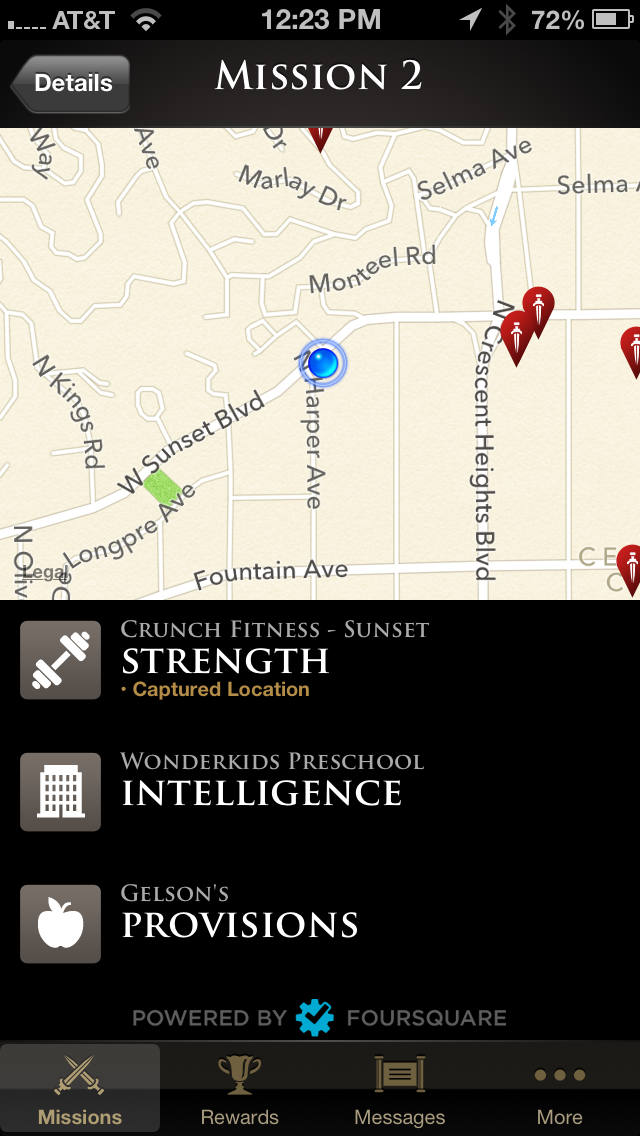 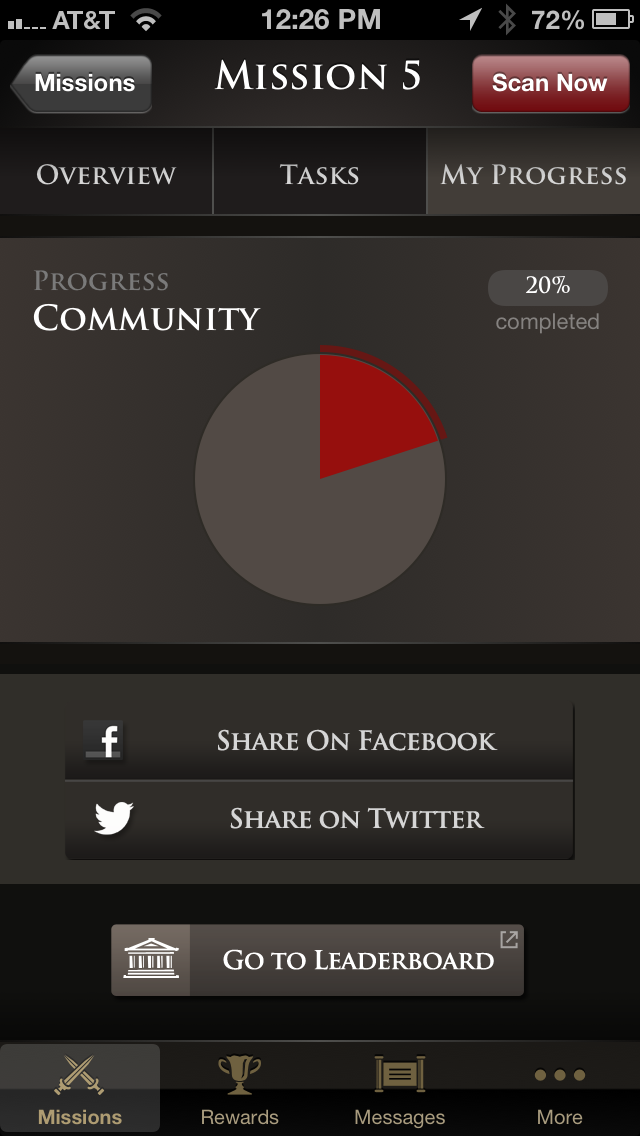