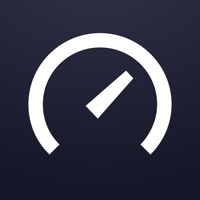 Use Speedtest® for a quick, easy, one-tap connection internet speed test—accurate anywhere thanks to our global server network. Video testing empowers you with a real-time assessment of your network’s current streaming quality. Take a video test to get actionable insights that help you optimize your online video experience. Keep your online connection private and secure with Speedtest VPN™. Use up to 2GB of data over VPN per month for free, or go Premium with unlimited usage for just $4.99 monthly. Speedtest VPN Premium users will also receive no advertisements while their subscription is active. Millions of users have made Speedtest the #1 app for testing internet speed, and it’s trusted daily by professionals throughout the industry: - Discover your download, upload, ping and jitter - Take a video test to measure your max resolution, load time, and buffering - Stay private and secure with our free Speedtest VPN - Real-time graphs show connection consistency - Test with a single connection to simulate downloading a file or multiple connections to understand max speed - Troubleshoot or verify the speed you were promised - Track past tests with detailed reporting - Easily share your results Go ad free! If you’d like to enjoy Speedtest without ads, we provide the option of removing ads from Speedtest for $0.99. If you: - Purchased ad removal in the past, but you’re seeing ads - Believe you have an active subscription for Speedtest VPN Premium, but are seeing a 2GB data limit Try the “Restore Purchase” button in the settings to check for active purchases. Privacy Policy: https://www.speedtest.net/about/privacy Terms of Use: https://www.speedtest.net/about/terms Do not sell my info: https://www.speedtest.net/about/ccpa 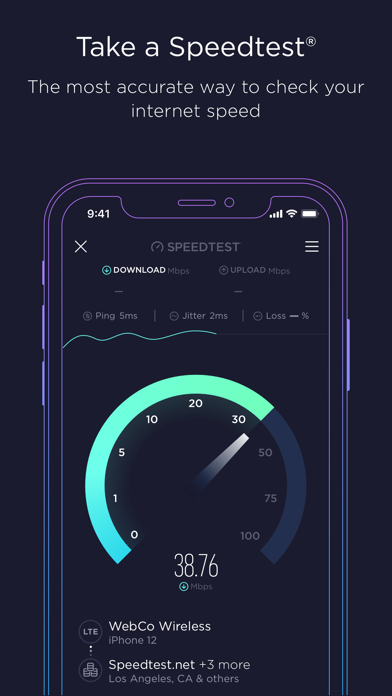 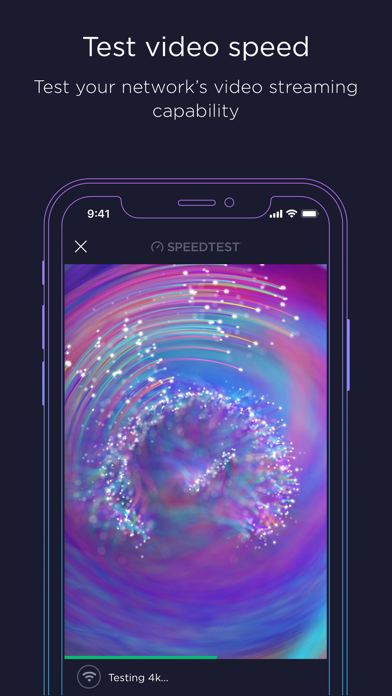 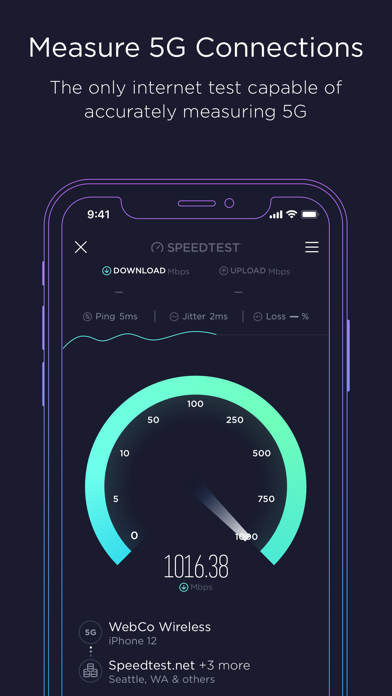 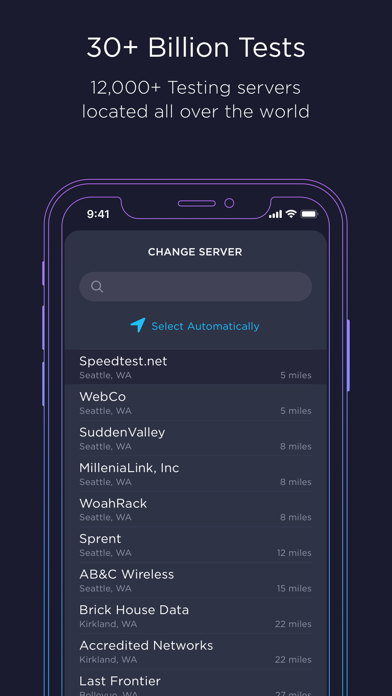 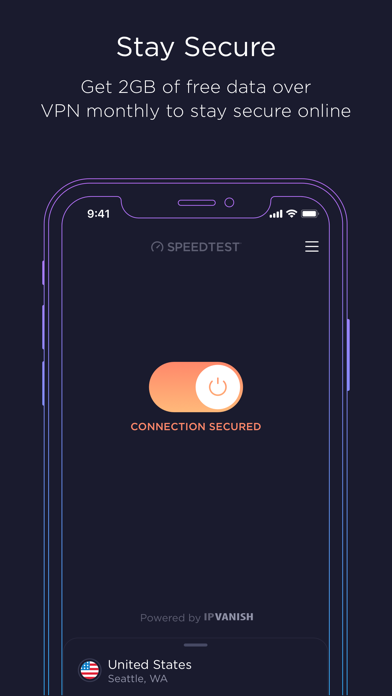