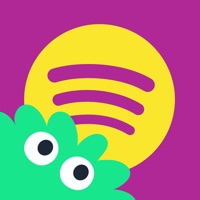 Introduce your child to a playground of sound with Spotify Kids. Packed with singalongs, soundtracks and playlists made for young listeners, the app is an easy way for children of all ages to discover music in a fun environment. Included with a Spotify Premium Family subscription. Spotify Kids lets your child: - Listen to audio they love with their own account - Explore their tastes, without hearing explicit content - Discover music handpicked for kids by our experts - Hear playlists made just for young listeners - Play their favorite tracks offline Important information about the app: - To use the app, you need to subscribe to Spotify Premium Family first. - A Kids profile counts as 1 account in your Premium Family plan. You can create up to 5 Kids accounts for your Family plan, and download the app to as many devices as you want. - The app uses your device’s internal storage to store downloaded music for offline play. - The app streams content over WiFi and mobile networks, so check your data package and allowance with your mobile network provider. - The app asks for your child’s name and age. This is used to showcase the most relevant content for your child and to personalise their experience using the app. Children may see different content, depending on their age. All information is fully encrypted. 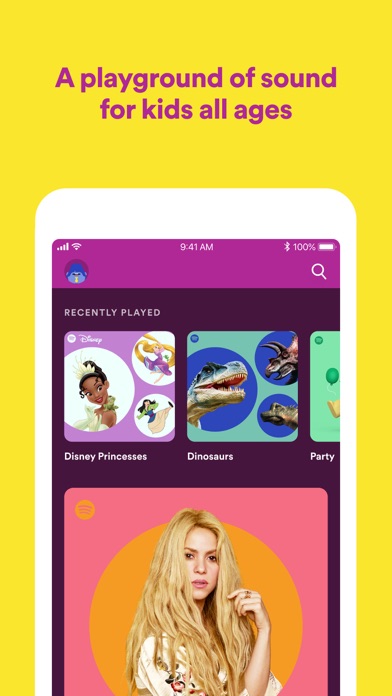 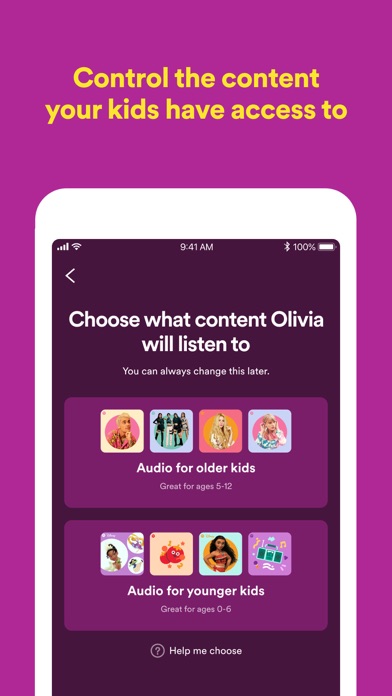 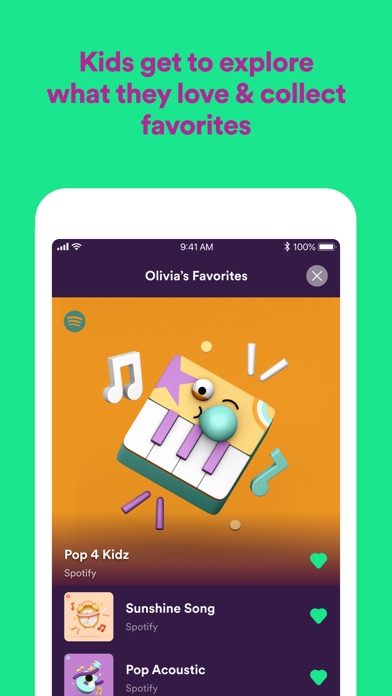 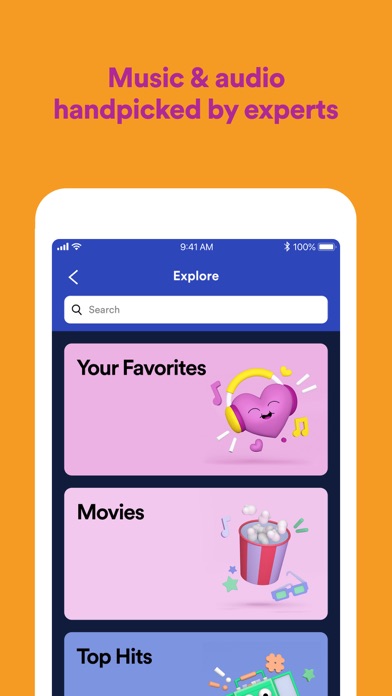 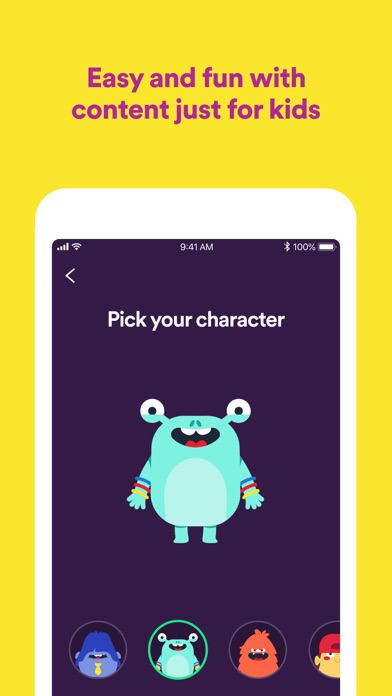 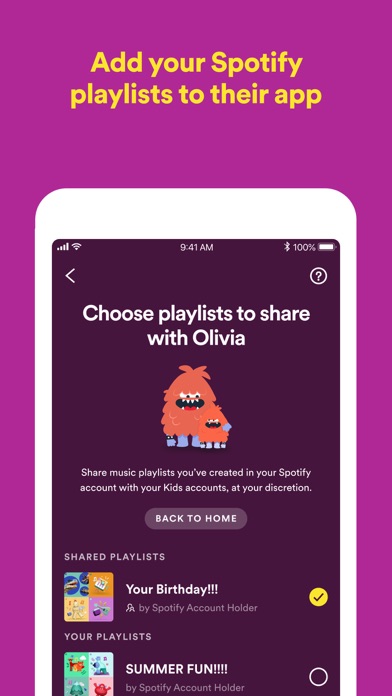