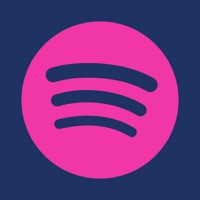 Create stations based on the music you love, all for free with Spotify Stations. Select an artist, genre or even decade and Spotify Stations does the hard work for you. Plus, the more Spotify Stations learn about what you love to listen to, you’ll get even more personalized recommendations. Rock, Rap, Pop, EDM, Classical, RnB, Jazz, Alternative, Top 40, Country music and much more! Choose from many different genres and spend less time searching and more time enjoying your music. Whether you’re driving on the road or sound tracking your workday, Spotify Stations has mixes just waiting for you. Tuning in with Spotify Stations couldn’t be easier: Choose the style of music you love Get personalized recommendations based on your tastes and preference You can even name your stations and make them totally unique to you Easily switch between genres when you want to mix things up Create a station based on one or more of your favorite artists Use it on mobile, web or connect it to your car for your next roadtrip Log in with your Spotify account or create one to access Stations for free. Download Spotify Stations today to get access to a whole new listening experience from Spotify. 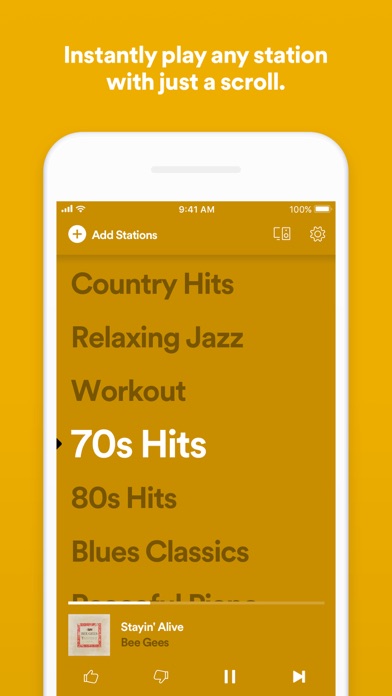 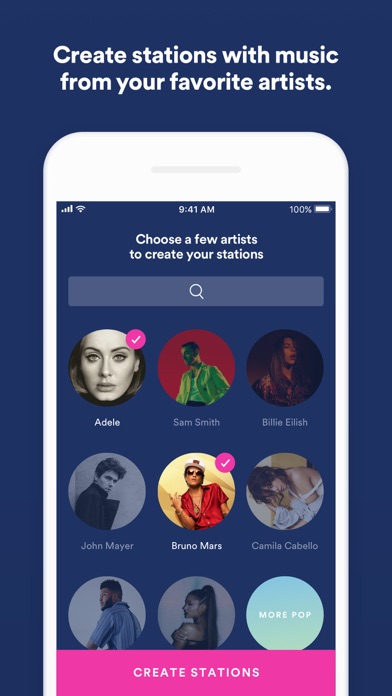 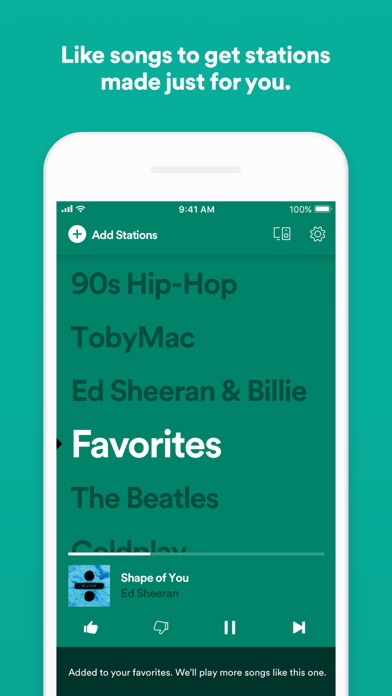 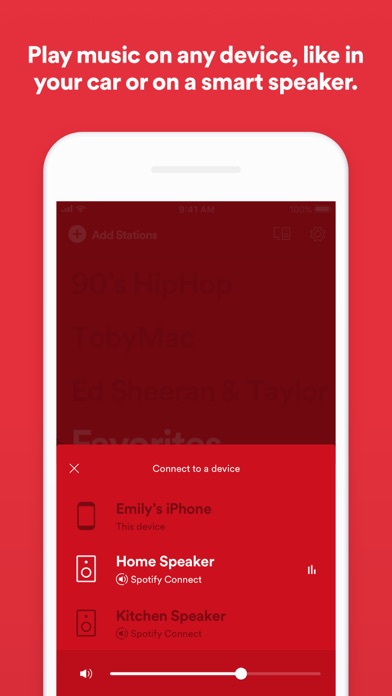 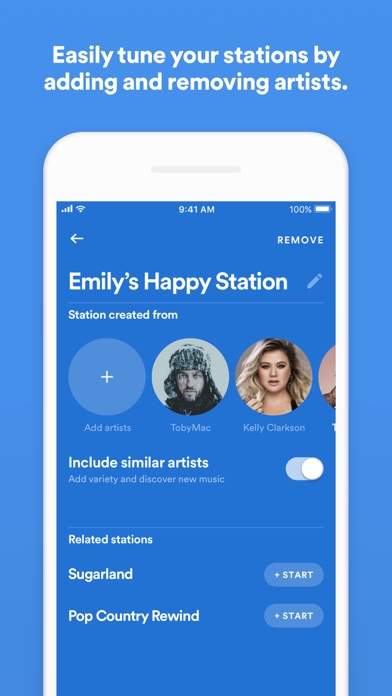