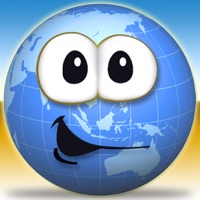 - Featured on the TODAY show! - Editor's Choice Award! - Children's Technology Review - "Stack the Countries is worth every penny and this is an educational purchase that you absolutely will not regret." - The iPhone Mom Stack the Countries® makes learning about the world fun! Watch the countries actually come to life in this colorful and dynamic game! As you learn country capitals, landmarks, geographic locations and more, you can actually touch, move and drop the animated countries anywhere on the screen. Carefully build a stack of countries that reaches the checkered line to win each level. You earn a random country for every successfully completed level. All of your countries appear on your own personalized maps of the continents. Try to collect all 193! As you earn more countries, you begin to unlock the free bonus games: Map It! and Pile Up! Three games in one! CONTROL YOUR OWN EXPERIENCE: You can choose to focus on just one specific continent or play the whole world. You can also select which types of questions are asked. LEARN BEFORE YOU PLAY: Stack the Countries provides 193 country flash cards and colorful interactive maps of the continents. Use them to brush up on your world geography before you play or as a handy reference tool. HAVE FUN LEARNING ALL ABOUT THE COUNTRIES OF THE WORLD: ▸ Capitals ▸ Landmarks ▸ Major Cities ▸ Continents ▸ Border Countries ▸ Languages ▸ Flags ▸ Country Shapes FEATURES: ▸ More than 1000 unique questions ▸ 193 flash cards -- one for each country! ▸ Interactive maps of the continents ▸ Collect all 193 countries and track your progress on personalized maps ▸ Earn FREE bonus games: Map It! and Pile Up! ▸ Play in English, Spanish and French ▸ Works on both iPhone and iPad - a universal app ▸ Create up to six player profiles ▸ Choose any of the friendly-looking countries as your avatar ▸ High resolution pictures of famous world landmarks ▸ All games are powered by a realistic physics engine ▸ Fun sound effects and music ▸ iPhone 4 Retina Display support THREE GAMES IN ONE: STACK THE COUNTRIES: Build tall piles of countries and try to reach the checkered line. MAP IT: Tap the location of the selected country on the map. Try to complete the whole continent! PILE UP: The countries are piling up! Identify and tap them quickly to get rid of them before they reach the top. Stack the Countries® is an educational app for all ages that's actually FUN to play. Try it now and enjoy three games for the price of one! PRIVACY DISCLOSURE: Stack the Countries®: - Does not contain 3rd party ads. - Does not contain in-app purchases. - Does not contain integration with social networks. - Does not use 3rd party analytics / data collection tools. - Does include links to apps by Dan Russell-Pinson in the iTunes App Store (via Performance Horizon). For more information on our privacy policy please visit: http://dan-russell-pinson.com/privacy/ 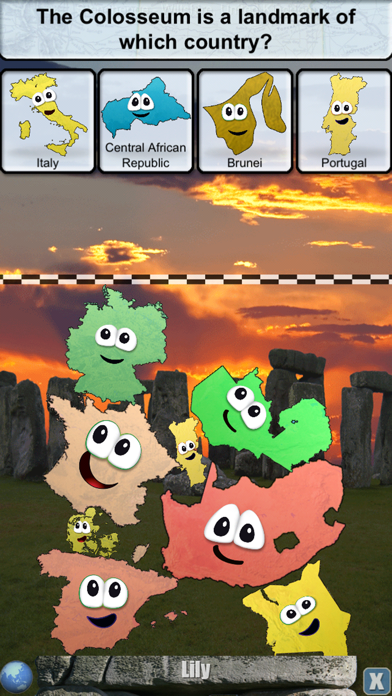 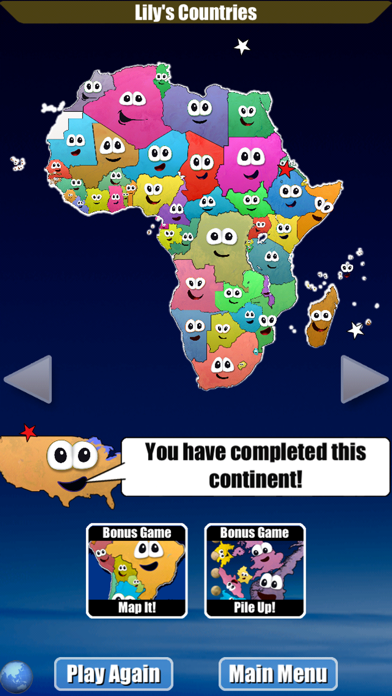 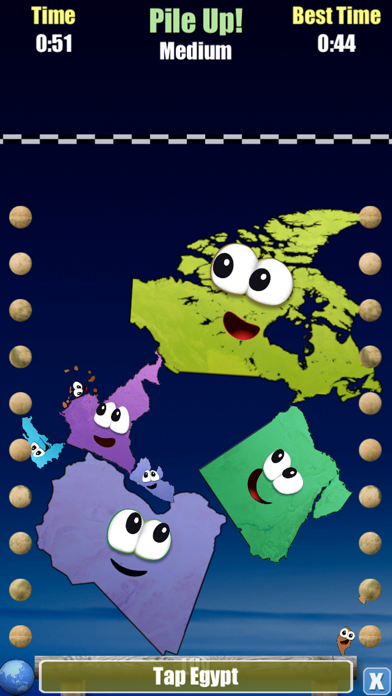 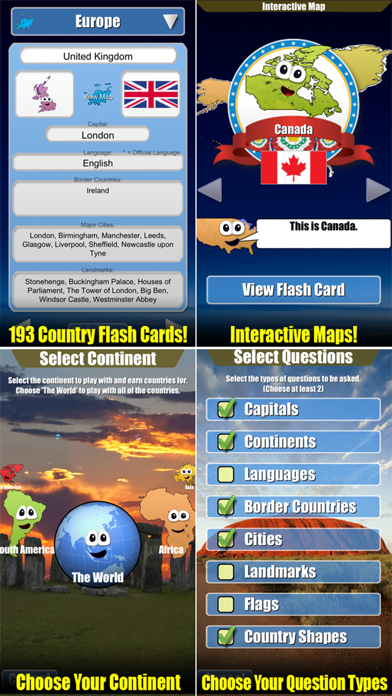