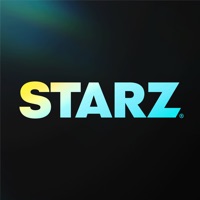 With a deep library of visionary original series, curated hit movies and groundbreaking docuseries, STARZ brings diverse perspectives to life through bold storytelling. If you’re already a STARZ subscriber through your TV provider, you can download the app and enjoy at no additional charge through your TV subscription. Otherwise, simply create an account within the app and start watching. NOTE: Comcast/Xfinity does not allow subscribers to log into the STARZ app at this time. HERE’S WHAT YOU GET: - Ad-Free Streaming - Full downloads of series and movies - Stream on up to 4 devices at a time - New content added every week so there’s always something new to watch Riveting original series including: Power Power Book II: Ghost Power Book III: Raising Kanan Power Book IV: Force Outlander P-Valley Gaslit Shining Vale BMF Party Down The Spanish Princess Run The World Blindspotting The White Queen Heels Hightown Men in Kilts: A Roadtrip with Sam and Graham The Girlfriend Experience Sweetbitter Ash Vs. Evil Dead Black Sails Survivor’s Remorse Spartacus Hit movies including: Alice 2 Minutes of Fame The Unbearable Weight of Massive Talent Spider-Man™: No Way Home Spider-Man™: Homecoming Spider-Man™: Far From Home Ghostbusters: Afterlife Venom: Let There Be Carnage For The Love Of Money The House Next Door: Meet The Blacks 2 A Journal For Jordan STARZ SUBSCRIPTION DETAILS: - You can subscribe monthly or annually. Both subscriptions give you unlimited streaming of all content - Payment will be charged to iTunes Account at confirmation of purchase-Subscription automatically renews unless auto-renew is turned off at least 24-hours before the end of the current period - Account will be charged for renewal within 24-hours prior to the end of the current period - You may manage your subscriptions and auto-renewal may be turned off by going to Account Settings after purchase - Any unused portion of a free trial period, if offered, will be forfeited when the user purchases a subscription to that publication, where applicable STARZ online services are only accessible through participating partners in the U.S. and certain U.S. territories where a high-speed broadband connection is available. Service automatically rolls to month-to-month or annual subscription unless canceled prior to expiration of free trial. Subscription is non-refundable. Prices may vary. STARZ and related service marks are the property of Starz Entertainment, LLC. Privacy Policy  -https://www.starz.com/privacypolicy Terms of Use -https://www.starz.com/termsofservice Spider-Man™: No Way Home © 2021 Columbia Pictures Industries, Inc. and Marvel Characters, Inc. All Rights Reserved. MARVEL and all related character names: © & ™ 2021 MARVEL 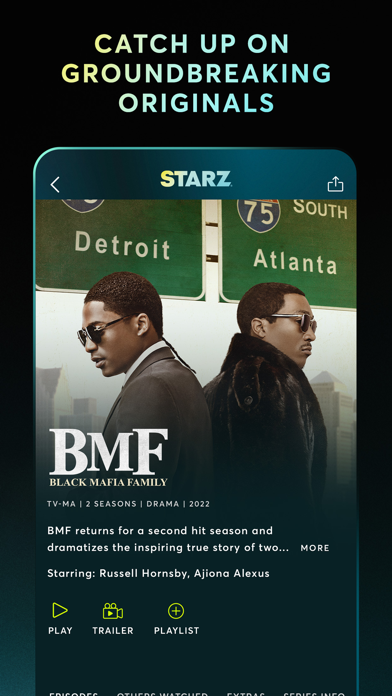 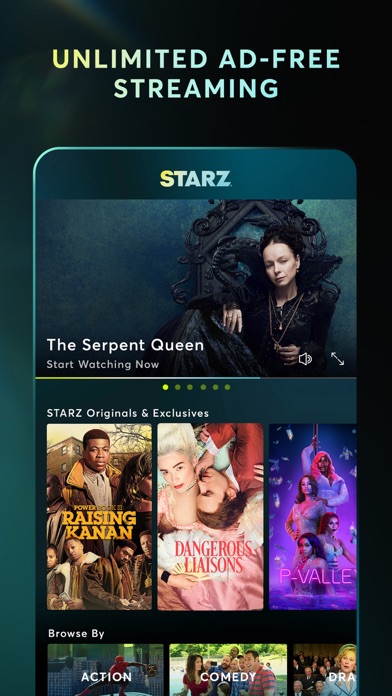 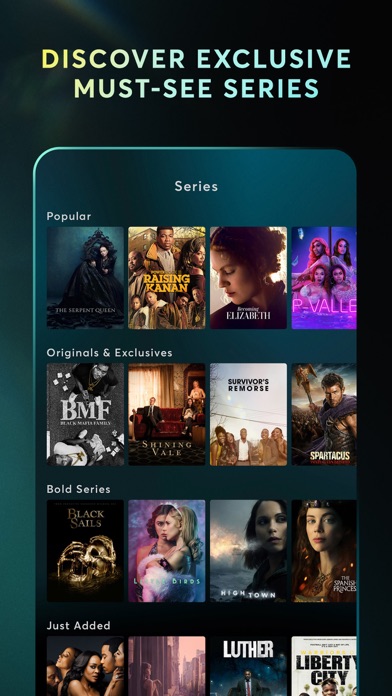 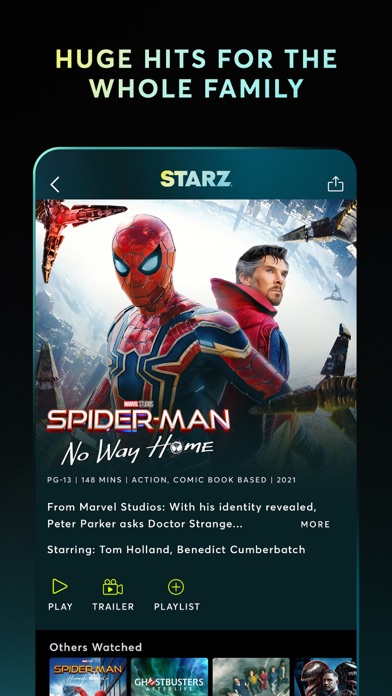 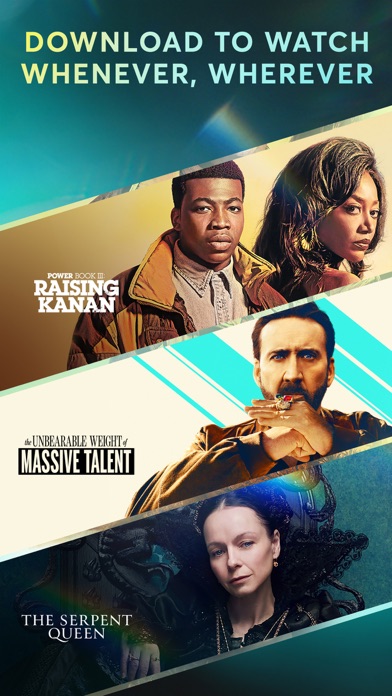