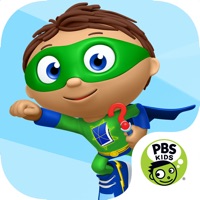 Super Why! Power to Read

Super Why! Power to Read App

SUPER WHY! Power to Read is an educational game that helps teach children to read and instills a love of learning with the cast of the hit PBS KIDS show. Join the Super Readers on a storybook journey! Each game is designed to teach children key literacy skills. The cast of SUPER WHY will help your child through each story & game - now with 50% more content! Children will learn letter identification, letter sounds, rhyming, writing, reading comprehension and the critical skills that they need to learn to read (and love to read!) as recommended by the National Reading Panel. Join the Super Readers - Super Why, Wonder Red, Princess Presto and Alpha Pig – on an adventure through books and stories. Each interactive game teaches key reading skills in a fun and entertaining way. Go on interactive adventures that help kids learn alongside the characters of the PBS KIDS series SUPER WHY. Download today and instill a love of learning. SUPER WHY! FEATURES EDUCATIONAL GAMES - 4 unique games hosted by a Super Reader focusing on an essential reading skill: • Princess Presto’s Wands-Up Writing: Letter sounds and letter writing • Wonder Red’s Rhyming Time: Rhyming • Super Why’s Story Saver: Reading • Alpha Pig’s Lickety Letter Hunt: Learning letters SUPER WHY! ADVENTURES - Go on a reading journey with the Super Readers from Storybook Village - Your child will love the interactive books and games with the cast of the PBS KIDS show INTERACTIVE STORIES - Read and complete sentences to finish the story - Learn to pronounce and write letters by tracing them out - Find missing alphabet letters along the trail - Pick rhyming words from a basket LEARNING MADE FUN - Rewards system with 100+ stickers to collect for creating storybook sticker pages - Play all feature allows your reader to play through all the super reader games back to back - Play to practice letters and work with over 100+ words! Teach your child reading and writing skills while helping them develop a love of reading! Download SUPER WHY! Power to Read today! ---------------------------- For more SUPER WHY Reading adventures and different literacy skill-building experiences, check out these Super Why Apps, both available in the Super Why Let’s Read bundle pack! Super Why ABC Adventures - Alphabet for 3 to 5-year-olds Play Super Reader games designed to help your child master their letter knowledge! Your child will practice uppercase and lowercase letters, the order of the alphabet, common letter sounds, and writing letters as they earn stickers along the way. Super Why Phonics Fair – Phonics for 4 to 6-year-olds Play Super Reader literacy games that focus on word building, reading, and phonics skills. Your child will work with 60 key word families, like the –ALL word family, as they play each game and earn stickers. ---------------------------- SUPER WHY Power to Read is based on the PBS KIDS series SUPER WHY, produced by Out of the Blue Enterprises. The breakthrough preschool series is designed to help kids ages 3 to 6 with the critical skills that they need to learn (and love) to read! Out of the Blue Digital is a division of Out of the Blue Enterprises, a leader in children's educational entertainment. For more learning adventures with SUPER WHY, visit pbskids.org/superwhy For more apps from PBS KIDS, visit http://www.pbskids.org/apps About PBS KIDS SUPER WHY Power to Read is part of PBS KIDS’ ongoing commitment to helping kids build the skills they need to succeed in school and in life. PBS KIDS, the number one educational media brand for kids, offers all children the opportunity to explore new ideas and new worlds through television and digital media, as well as community-based programs. Privacy PBS KIDS is committed to creating a safe and secure environment for children and families and being transparent about what information is collected from users. To learn more about PBS KIDS’ privacy policy, visit pbskids.org/privacy 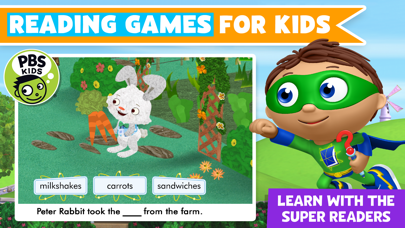 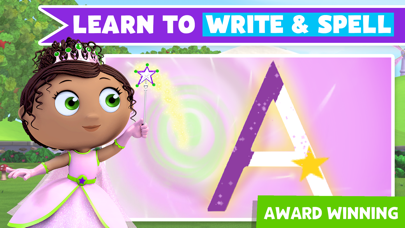 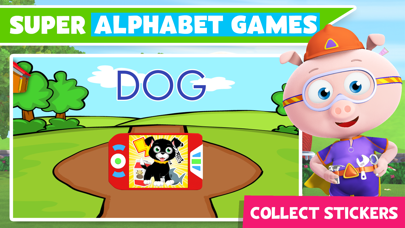 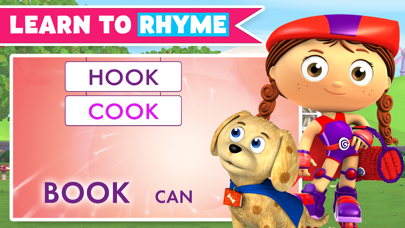 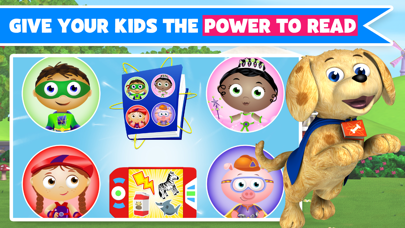 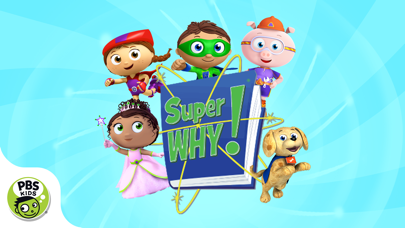