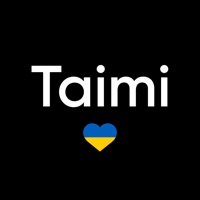 Have you been searching for love in all the wrong places? Then it’s time for you to find Taimi! This World’s Largest All-Inclusive Online Dating Platform has everything you are looking for - all colors and shades of the rainbow (18+). Want an FWB relationship? Looking for lesbian or gay flirting? A transgender person striving to meet another trans or bisexual? Maybe you are a polyamorous seeking arrangement of any type. Others are waiting for you on Taimi, the best of all LGBT+ dating apps for free. And whether you prefer long-distance or local dating matches, casual dating, friendship, or a long-term partnership, it’s all here. In short, the entire LGBTQ+ community will find that Taimi is one of the best of all online dating apps for free. ◾ It's All About the Cards Use the unique Taimi Cards to craft your own profile and to see others. These let you choose the content you share – photos, text posts & answers to prompt questions and to see the cards of potential mutuals. Use these cards to take an action – Skip a profile, give a special Rainbow like to show keen interest or a simple like. ◾ Discover Yourself Taimi honors all Fluid Dating Preferences Users. Who you are today may not be who you are next week. It's the path of our commitment to “discovery.” You may be an asexual looking for friendship and then develop sexual feelings through a gay chat. Change your gender and sexual identity on Taimi? Of course! ◾ Here’s all you get with our LGBT dating app for free: - Look through Taimi Cards and choose all the possible mutuals – smash or pass anywhere on the planet or stay local with a “near me” filter. - Find real and vetted local mutuals - Get mutuals based on your rainbow shade – fem or butch, gay, bi, trans, asexual, polyamorous, and everything in between - Share your age, location, and more – secure your account with PIN, Face Recognition, Fingerprint - Have a free chat, facetime with mutuals, and record audio messages - Find local matches when you travel - Join public or private chat groups But wait! Join one of three Taimi premium account levels and get more with BRONZE, SILVER or GOLD. What more, you ask? For starters: - Get unlimited direct meetups and dating - Boost profile surging it up to 5X - Extend filters for results - Undo mistakes - See all visitors and much more! Check out more details about OUR PRIDE at Taimi.com and these links: https://taimi.com/wiki https://taimi.com/terms [email protected] Oh, almost forgot. By our nick @taimiapp you can find us on social media such as: TikTok Instagram Twitter Facebook Youtube Pinterest Medium ↑ @taimiapp ! What’s coming next? We’ll keep adding features, fixing bugs, watering our plants, and serving our whole lovely community. Aren’t you tired of feeling alone? Find friends, a local meetup, a partner, a soulmate, or a life-long love relationship on Taimi. 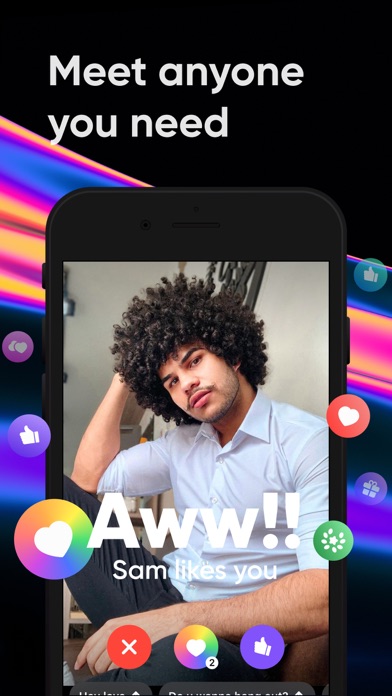 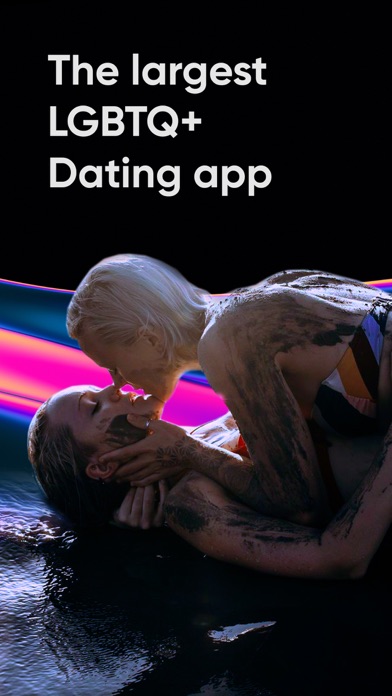 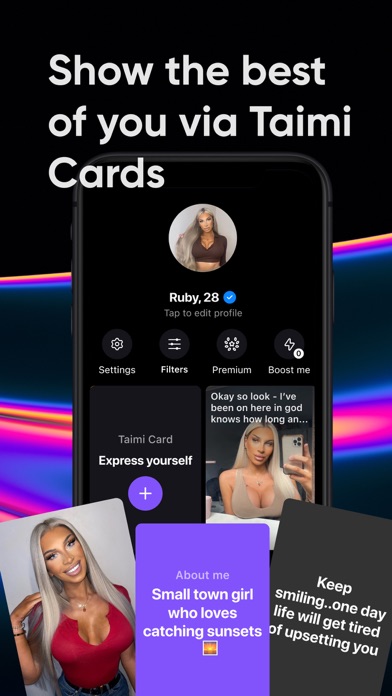 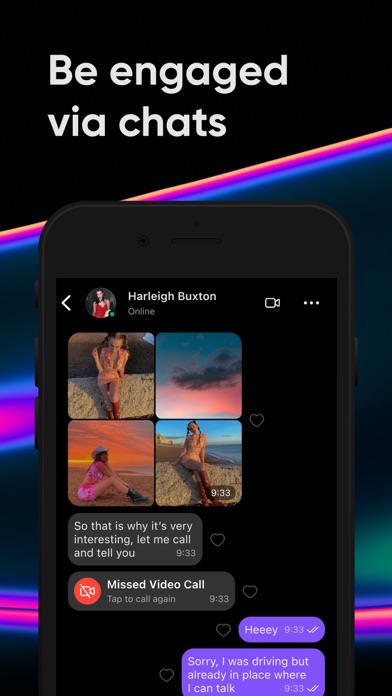