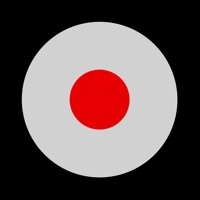 Don't want to miss conversation details? Record important incoming and outgoing phone calls with TapeACall! TapeACall is a leading business app providing prime-quality call recording service in over 50 countries worldwide! More than 4 million users have already boosted their efficiency by recording significant calls with TapeACall, don’t lag behind! "TapeACall is by far the most popular iOS app to offer call recording." - 9to5Mac "Whether you're interviewing someone for an upcoming story or taking minutes for a big conference call, you may find yourself having to record a conversation. In three easy steps, TapeACall allows you to securely record any phone call." - Business Insider "... a solid call recording program that gives you just about every feature you could want and then some, from saveable MP3s to straightforward setup and use." - Gizmodo POWERFUL FEATURES: - Record incoming and outgoing calls - Make as many recordings as you wish - Record conversations of any length - Transfer recordings to your new devices - Easily download recordings to your computer - Upload your recordings to Dropbox, Evernote, Google Drive! - Email recordings to yourself as MP3 files - Share recordings via SMS, Facebook & Twitter - Label recordings so you can easily find them - Access recordings as soon as you hang up - Play recordings in the background - Read call recording laws - Push notifications take you to the recording OUTSTANDING SERVICE: - Customer service with real humans - Developers that care about their customers - New features added all the time NOTE: TapeACall requires your carrier supports 3-way calling. SimpleTalk and H2o Wireless do NOT offer this in the US. Our standard Subscription Plans are: * 1-Year Subscription with a 7-day free trial * 1-Month Subscription Subscription payments will be charged to your iTunes account at confirmation of your purchase. Subscriptions will automatically renew and payment will be charged to your iTunes account unless auto-renew is turned off at least 24 hours prior to the end of the current period. The cost of the renewal depends on your Subscription Plan. Subscription with a free trial period will automatically renew to a paid subscription. You can cancel or manage your free trial's auto-renewal in your Account Settings after purchase. The cancellation will take effect 24-hours after the last day of the current subscription period and you will be downgraded to the free service. Please note: any unused portion of a free trial period (if offered) will be forfeited when you purchase a premium subscription during the free trial period. Privacy Policy: https://tapeacall.com/privacy Terms of Service: https://tapeacall.com/terms 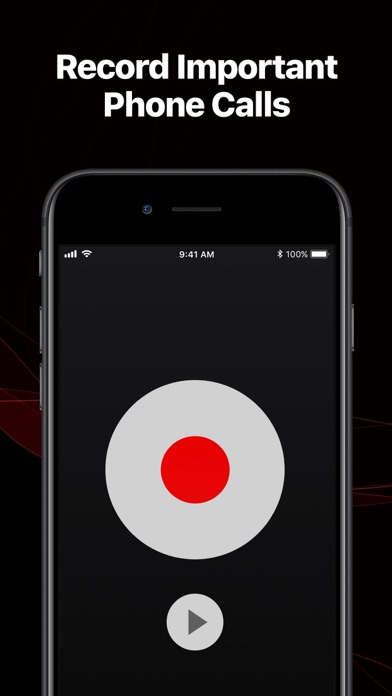 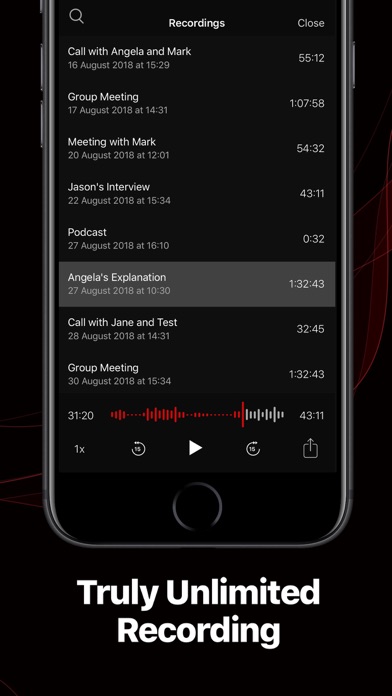 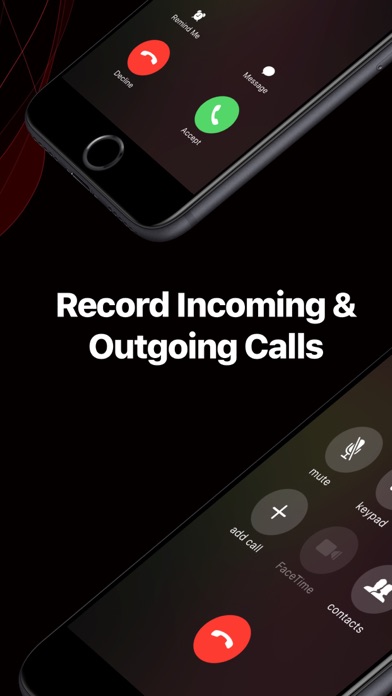 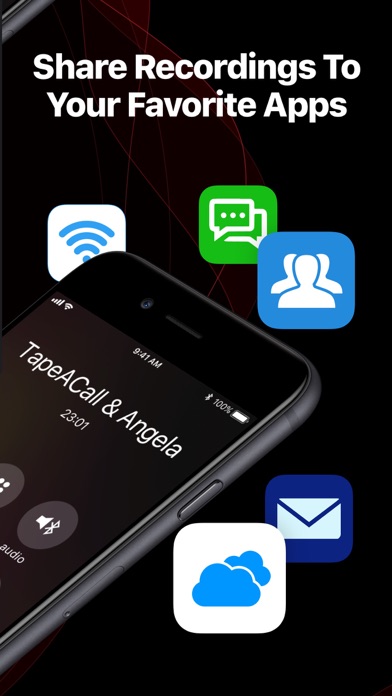 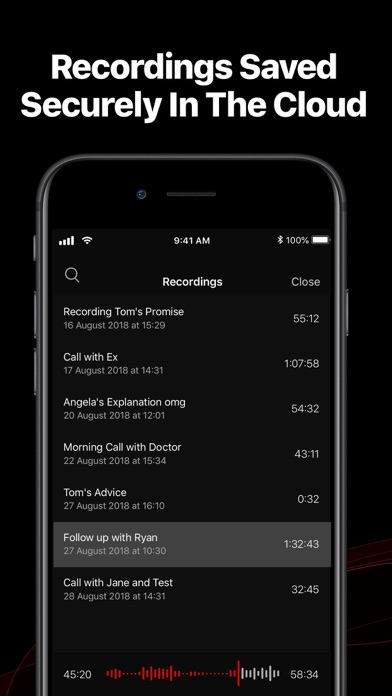 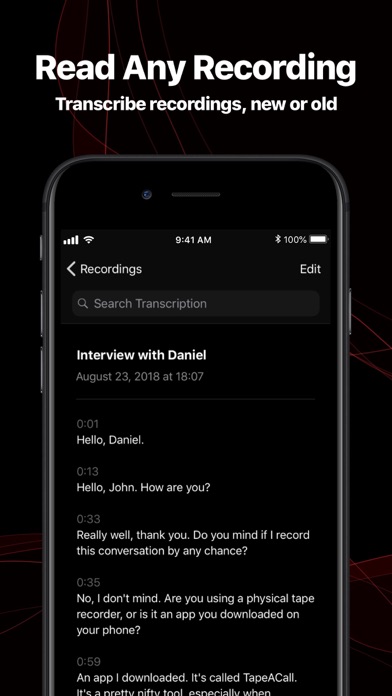 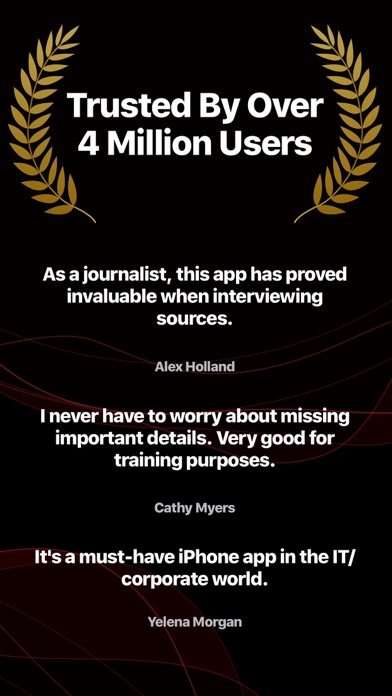