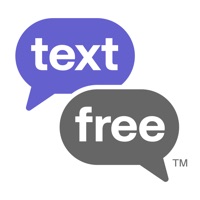 SECURE, PRIVATE AND AFFORDABLE – TEXT FREE OFFERS UNLIMITED TEXT MESSAGING, SMS, AND MMS PICTURE MESSAGES RIGHT FROM OUR CHATTING APP. START A GROUP CHAT TO STAY CONNECTED WITH FRIENDS AND FAMILY. WITH OUR WIFI TEXT AND CALL FEATURE, WE MAKE IT EASY AND AFFORDABLE TO KEEP IN TOUCH WITH YOUR PHONE CONTACTS. IT’S A CELLULAR PHONE SERVICE APP, WITHOUT ALL OF THE HIGH COSTS. TEXT FREE IS A FREE TEXT AND CALL APP THAT LETS YOU CHAT, CALL AND SEND TEXTS RIGHT FROM YOUR PHONE, TABLET, OR LAPTOP. OUR CALLING AND TEXTING APP IS EASY TO USE – JUST SIGN UP, CREATE YOUR OWN 2ND PHONE NUMBER AND START EARNING CALL MINUTES RIGHT AWAY. A SECOND PHONE NUMBER IS A GREAT WAY TO KEEP YOUR MESSAGES AND PHONE CALLS PRIVATE AND SECURE. CREATE YOUR OWN PERSONALIZED, SECOND PHONE NUMBER, RIGHT DOWN TO THE AREA CODE. OUR CALLING APP MAKES IT EASY FOR YOU TO CREATE A PHONE NUMBER THAT IS EASY TO REMEMBER AND SHARE WITH FRIENDS AND FAMILY. NO PHONE? NO PROBLEM. GET TEXT FREE ON YOUR APPLE DEVICES LIKE THE IPAD, IPHONE, OR COMPUTER. YOUR CALL PRIVACY AND SECURITY IS IMPORTANT TO US. OUR TELEPHONE APP PROVIDES YOU WITH END-TO-END ENCRYPTION FEATURES THAT ENSURE YOUR TEXT MESSAGING AND CALL PRIVACY. UNLIKE OTHER CALLING APPS, WE MAKE SURE THAT YOUR PERSONAL INFORMATION AND PRIVATE MESSAGES CAN’T BE ACCESSED BY ANYONE. MESSAGING AND CALLING YOU CAN TRUST – TEXTFREE WAS THE FIRST FREE TEXTING APP IN THE APP STORE. TRUE STORY. SINCE 2009, TEXTFREE HAS HELPED MILLIONS OF PEOPLE STAY CONNECTED. TODAY, TEXT FREE IS STILL THE FAST, RELIABLE, AND EASY-TO-USE TEXTING APP YOU KNOW AND LOVE. TEXT, TALK AND CONNECT – DOWNLOAD TEXT FREE TODAY. - TEXT FREE FEATURES - UNLIMITED TEXT & PICTURE MESSAGES - FREE TEXTING APP – IT’S IN OUR NAME – FREE UNLIMITED TEXTING AT YOUR FINGERTIPS! - SMS OR MMS, SEND MESSAGES FROM ANYWHERE YOU HAVE A WIFI CONNECTION - TEXT AND TALK WITH FRIENDS AND FAMILY DIRECTLY THROUGH OUR MESSAGING APP - GROUP CHAT FEATURE LETS YOU CREATE CHATS WITH PEOPLE FROM YOUR CONTACT LIST - GROUP MESSENGER IS PERFECT FOR CONNECTING WITH FRIEND GROUPS, FAMILY, WORK, AND MUCH MORE! - MESSAGING MADE FUN – SEND GIFS, EMOJIS, STICKERS AND PHOTOS TO CONTACTS AND CHATS PICK A FREE PHONE NUMBER - PICK A 2ND PHONE NUMBER YOU WANT – RIGHT DOWN TO THE AREA CODE - USE OUR TELEPHONE APP TO CREATE A CUSTOM NUMBER TO USE AS A PRIMARY OR SECONDARY PHONE NUMBER - TALK AND TEXT WITH PRIVACY WITH A SECOND PHONE NUMBER - WANT TO HIDE TEXT MESSAGES? UNWANTED CALLS? SPAM? USE YOUR TEXT NOW NUMBER FOR ONLINE FORMS, UNDESIRABLE CALLERS, OR SPAM RISKS FOR MORE SECURITY AND LESS STRESS. ADDED PRIVACY FOR SECURE COMMUNICATION - HIDE TEXT MESSAGES FROM SPAM BOTS, BLOCK UNWANTED CALLERS AND CONTACTS - SECURE AND SAFE CHATTING APP – WE PROVIDE END-TO-END ENCRYPTION OF YOUR PERSONAL PRIVATE MESSAGES AND CALLS - SAFE AND PRIVATE WIFI CALLING AND TEXTING ALLOWS YOU TO CHAT AND CALL SECURELY UNLIMITED MINUTES WITH TEXT FREE PLUS - UNLIMITED CALLING LIMITS - AD-FREE CALLING AND TEXTING EXPERIENCE - RESERVE YOUR PERSONALIZED SECOND NUMBER WITHOUT HAVING TO RE-SELECT - JUST $9 A MONTH LEGAL © 2020 PINGER, INC. ALL RIGHTS RESERVED. THE TEXTFREE NAME, ASSOCIATED TRADEMARKS, AND LOGOS ARE TRADEMARKS OF PINGER, INC. OR RELATED ENTITIES. TERMS OF SERVICE: HTTPS://WWW.PINGER.COM/PRIVACY-POLICY/TERMS-AND-CONDITIONS/ PRIVACY POLICY: HTTPS://WWW.PINGER.COM/PRIVACY-POLICY/ SUBSCRIPTIONS ARE AUTOMATICALLY BILLED MONTHLY OR ANNUALLY TO YOUR ITUNES ACCOUNT AND AUTO-RENEW UNLESS YOU TURN OFF AUTO-RENEW AT LEAST 24-HOURS BEFORE THE END OF THE CURRENT PERIOD. PAYMENTS ARE CHARGED TO YOUR ITUNES ACCOUNT UPON CONFIRMATION OF PURCHASE. YOU CAN TURN OFF AUTO-RENEW OR MANAGE SUBSCRIPTIONS IN YOUR ITUNES & APP STORE ACCOUNT SETTINGS. CANCELLATIONS TAKE EFFECT AT THE END OF THE ACTIVE SUBSCRIPTION PERIOD. ANY UNUSED PORTION OF A FREE TRIAL PERIOD (WHERE AVAILABLE) IS FORFEITED WHEN PURCHASING A SUBSCRIPTION. 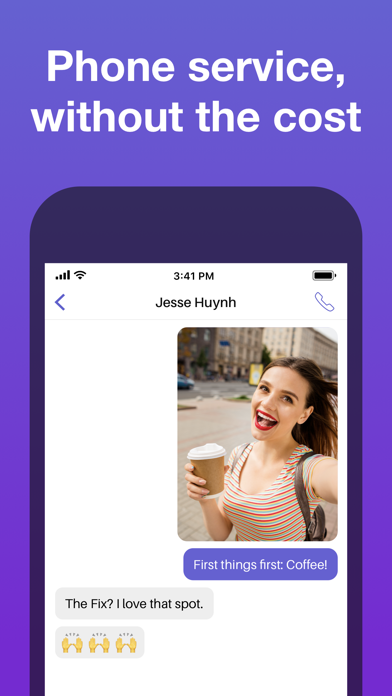 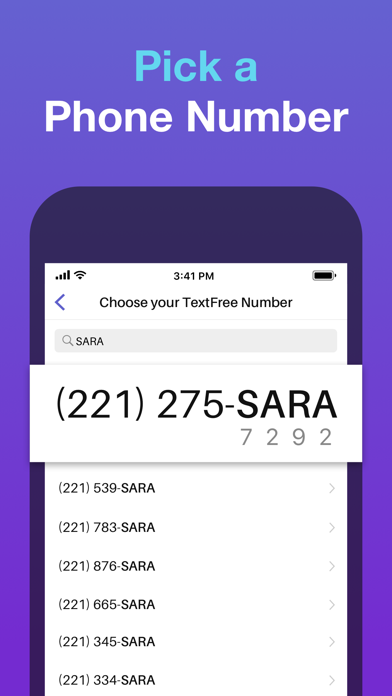 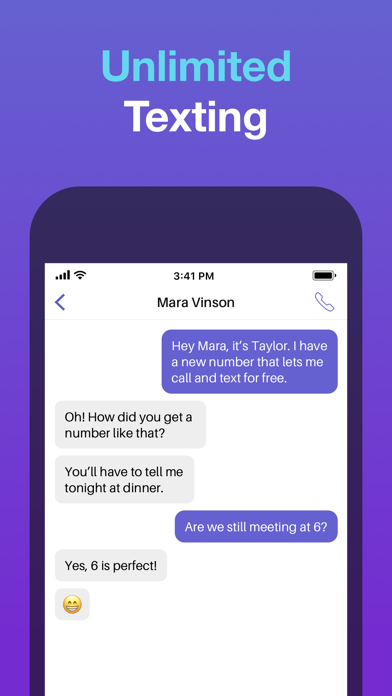 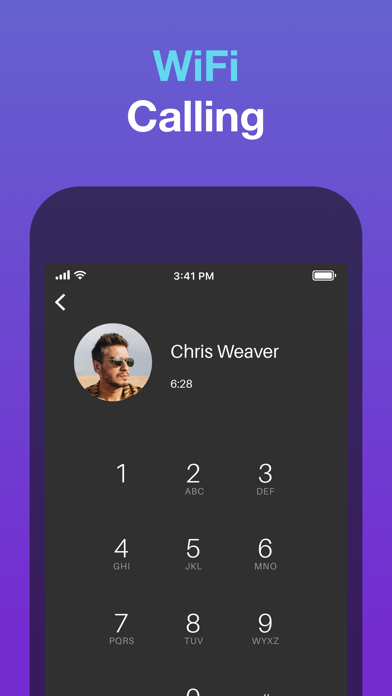 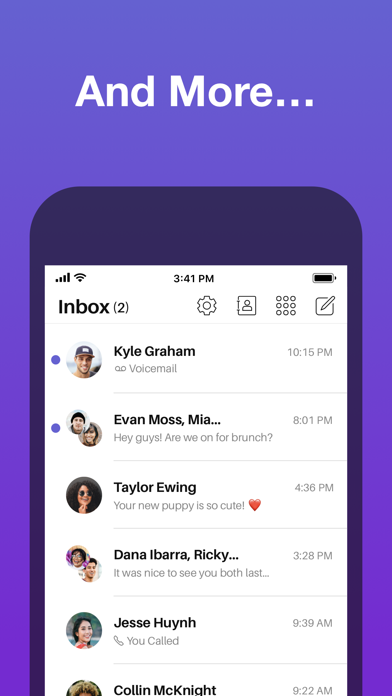