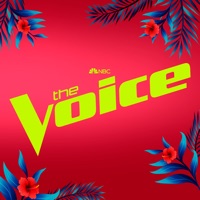 The Voice Official App on NBC

BE A COACH while you watch live performances on The Voice! VOTE, PLAY ALONG and SAVE your favorite artists! Watch The Voice LIVE on NBC and vote with coaches Camila Cabello, John Legend, Blake Shelton and Gwen Stefani. Suggest songs you want to hear, get to know the artists, tweet the coaches and much, much more! Be part of the team that discovers and trains new superstar talent. Follow the competition while building and managing your fantasy team of artists. Play The Voice trivia and participate in polls to earn points. See where you are on the Leaderboard and check your team’s progress over the course of the season! Watch the auditions and performances live along with superstar coaches Camila Cabello, John Legend, Blake Shelton and Gwen Stefani and their mentors as they search for America’s best new talent. Vote for your favorite artists directly within the app and watch clips of your favorite performances. Tweet the artists and check out their Twitter, Instagram and Facebook pages. Sing along and feel just like a coach on NBC’s Emmy Award-winning singing competition show! Download The Voice Official App now to start voting for artists and building your fantasy team. VOTE WHILE YOU WATCH NBC'S THE VOICE LIVE ON TV * VOTE for your favorite artists during Live Shows. * SAVE your favorite artists directly from the app. * STREAM video clips of your favorite artists’ performances after each episode. * SUGGEST a song you want to hear a singer perform during Live Shows. BUILD YOUR TEAM * PICK your favorite artists and build your own fantasy singing team. Start with 12 artists and refine your team as the season progresses - just like the coaches. * EARN points as your artists progress in the competition. * ANSWER trivia questions correctly and participate in polls to earn more points. * SHARE your picks on Facebook and Twitter. * PLAY ALONG! Check the Leaderboard and see how you stack up against players across the country. CONNECT WITH COACHES AND ARTISTS * TWEET coaches Camila Cabello, John Legend, Blake Shelton and Gwen Stefani directly from the app. * CONNECT with your favorite artists instantly via the app. * FOLLOW the artists on social media. * LEARN about the artists you love with profiles featuring bios and videos. CUSTOM iMESSAGE APP, EXCLUSIVELY FOR iPHONE AND iPAD * Use exclusive stickers from The Voice in iMessage conversations with friends when using the native Messages app. * The Voice sticker pack is free to download on the App Store for iMessage and requires iOS 12 or above. * The Voice Official App will automatically download to your device when you install The Voice sticker pack. Here’s how to use iMessage stickers: * Open a message and address it to a contact you know needs a sticker from The Voice. * Hit the "App" button (it looks like an A), then tap the four gray ovals to open your App drawer. * Tap The Voice logo to open up the sticker selection window. If you don't see The Voice stickers in the Messages app after downloading, go into the App Store for iMessage, click the Manage tab and make sure The Voice Official App is activated. When the app is active, the toggle will appear green. NOTE: For the best experience, please update your device to the latest iOS operating system before running The Voice Official App. If you experience issues, make sure to completely close out of the app, reboot your device and restart The Voice Official App. If issues persist, here's how to contact us: http://www.nbc.com/contact/general. Video is accessible via 3G, 4G, LTE, 5G and Wi-Fi networks. Data charges may apply. Privacy Policy: https://www.nbcuniversal.com/privacy?intake=NBC_Entertainment Do Not Sell My Personal Information: https://www.nbcuniversal.com/privacy/notrtoo?intake=NBC_Entertainment CA Notice: https://www.nbcuniversal.com/privacy/california-consumer-privacy-act?intake=NBC_Entertainment 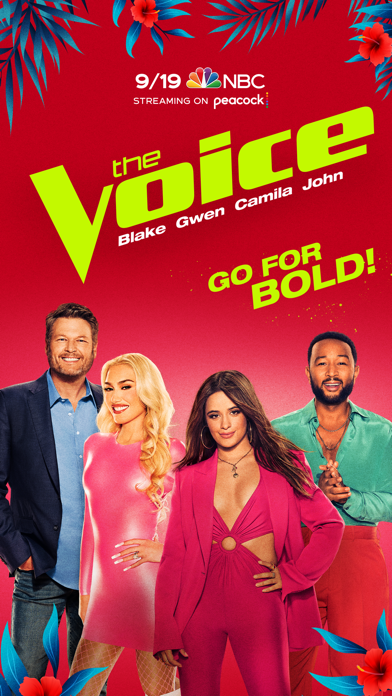 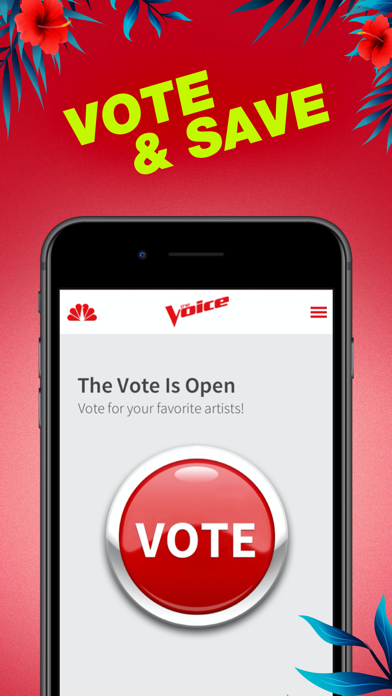 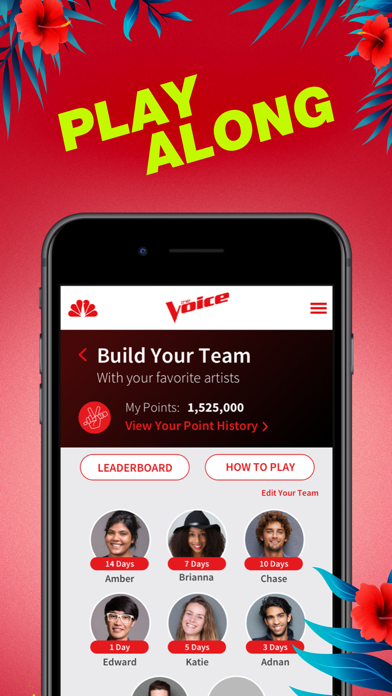 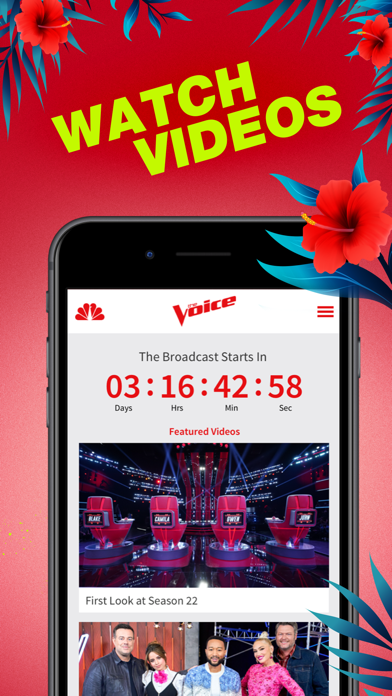