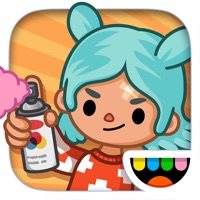 Welcome to Toca Life: After School, where how you spend your time is up to you! Explore your favorite hobbies — or discover a new one! Skate, create art, dance, make music, play sports or just chill! Meet 27 characters, explore four locations and have as much fun as you can before it’s time to head home! EXPLORE FOUR LOCATIONS SKATE PARK: Choose from the colorful skateboards and scooters, and feel the rush as you skate down the quarter pipe! Then grab an after-school snack and chill in the lounge! ART WORKSHOP: Get as creative as you like! Enjoy painting? Create a mess or a masterpiece with nine colors in the paint buckets! Choose your favorite tool — paint brush, roller or air brush. When you’ve finished, make a print, choose a frame and hang it in the gallery space! DANCE STUDIO: Build your DJ skills as you mix beats in the dance studio. Play around with different instruments and genres to give the dancers something to move and groove to! SPORTS COURT: Head to the rooftop sports court to pick your teams, choose their colors and mascots, and play! You’ll find equipment to play basketball, football, field hockey and more. The rooftop is also the spot to express your artistic flair on the graffiti wall, play a board game or kick back with a good book. FEATURES Role-play in four locations: skate park, art workshop, dance studio and sports court Meet 27 characters Create and print art Spray on the graffiti wall Choose a skateboard and skate down the quarter pipe Make music to dance to on the music machine Freshen up after your dance — towels now work like outfits, so throw one on Play sports on the sports court Find hidden characters, skateboards and graffiti pets LIGHTS, CAMERA, ACTION! Use the in-app recording feature to create an original video! This feature records your voice and your characters’ movements as you’re telling the story. Create videos up to two minutes long and save them to your camera roll to share your storytelling later! About Us: At Toca Boca, we believe in the power of play to spark kids’ imaginations and help them learn about the world. We design our products from the kids' perspective to empower kids to be playful, to be creative and to be who they want to be. Our products include award-winning apps that have been downloaded more than 200 million times in 215 countries and offer fun, safe, open-ended play experiences. Learn more about Toca Boca and our products at tocaboca.com. Privacy Policy: Privacy is an issue that we take very seriously. To learn more about how we work with these matters, please read our privacy policy: https://tocaboca.com/privacy 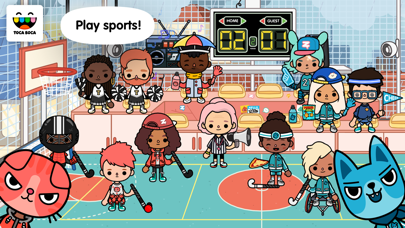 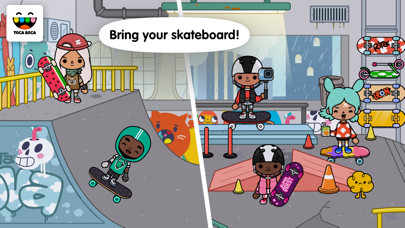 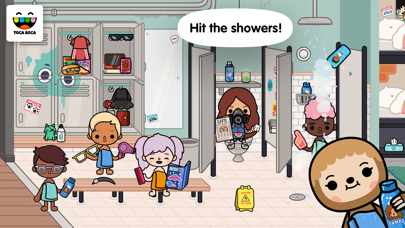 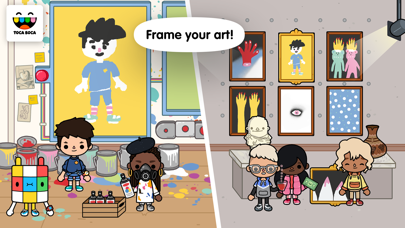 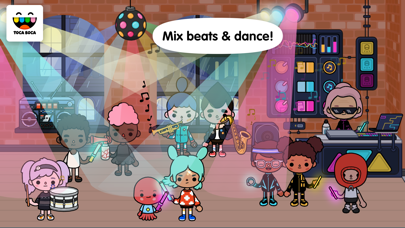