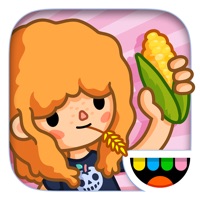 Work and play the farmer's way! Milk your cow, gather eggs from your hens and raise your crops. Have a picnic, play the fiddle and hit the hay! From sunup to sundown, Toca Life: Farm is fun on the farm! EXPLORE LIFE ON THE FARM The four locations in Toca Life: Farm will give you everything you need to tell your farm stories. Tend to the animals in the barn — feed them and clean up their poop! Once you've taken care of the animals, head to the house, where you can have a meal then grab your banjo for an impromptu jam session. After a good night's sleep head out to the field to tend to your crops. Harvest your produce and head to the store, where you can sell your food, make new products and buy goods! TURN YOUR HARVEST INTO FOOD Plant your seeds and find out how to make them grow! Tinker with your tractor to see what it can do! The food machine magically turns your raw ingredients into food: Use milk to make cheese, then use the cheese and corn to make cheese puffs! Use berries to make jam, wheat to make bread, and then use those ingredients to make donuts! Discover all the foods you can make and how you can make them! CREATE AN ORIGINAL VIDEO OF YOUR STORY Use the in-app recording feature to create an original video! This feature records your voice as you’re telling the story, along with your characters’ movements. Create farm videos up two minutes long and save them to your camera roll to share later! FEATURES: - Explore four locations: barn, house, field and store. - Create stories for 29 new characters plus all the animals! - Feed the animals, milk the cow and gather eggs from your hens. - Bottle the milk from the milk tank. - Help the vet check the animals. - Let the pigs (or people!) wallow in the mud. - Clean up different types of animal poop! - Grab the banjo, fiddle, guitar or washbucket bass and jam into the night! - Pick fruit in your orchard. - Farm your crops from planting to harvest. - Use your tractor's different functions to farm faster!. - Fire up the food machine to turn your harvest into food. - Record your stories in the app and share with your friends! - No time limit or high scores — play for as long as you like! - No third-party advertising WE LISTEN So many of you asked for a farm in the Toca Life series, and we're excited to give you what you want! What do you want to see next in the Toca Life series? Share your suggestions by submitting a review, or share them with @tocaboca on Instagram & YouTube! *** ABOUT TOCA BOCA At Toca Boca, we believe in the power of play to spark kids’ imaginations and help them learn about the world. We design our products from the kids' perspective to empower kids to be playful, to be creative and to be who they want to be. Our products include award-winning apps that have been downloaded more than 130 million times in 215 countries and offer fun, safe, open-ended play experiences. Learn more about Toca Boca and our products at tocaboca.com. PRIVACY POLICY Privacy is an issue that we take very seriously. To learn more about how we work with these matters, please read our privacy policy: http://tocaboca.com/privacy 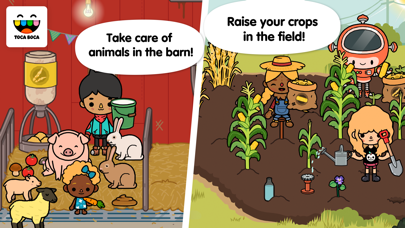 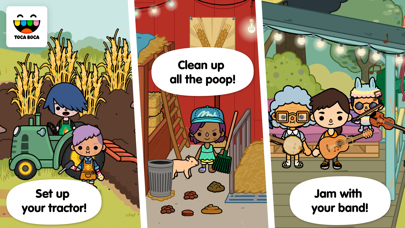 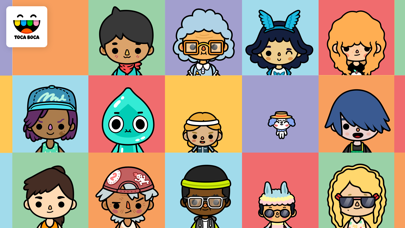 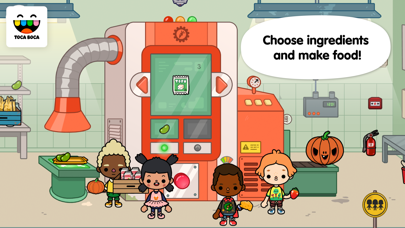 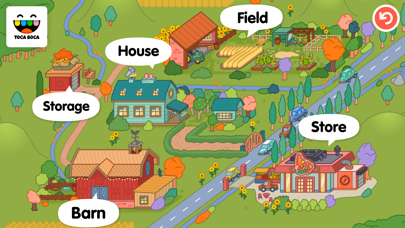