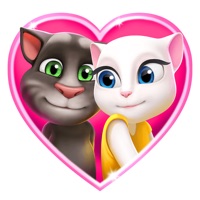 Show your special someone how you feel. Download now and start your love story! Want to tell that special someone how you feel, but don't know how? Don't worry! Your friends Talking Tom and Talking Angela are here to help! They've got lots of ideas, including cards and cute songs you can send. Send personal romantic messages and cute pictures to your special someone. You might want to let a friend know they're important to you. Or declare your love for someone. Whoever it is and whatever you want to share, Tom and Angela are here to help! Go on. Share the love! Game features: - Send an awesome card to your special someone. There are 19 to choose from! - Enjoy and buy 4 great songs. - Need inspiration? Watch animations of love gurus Tom and Angela! This app is PRIVO certified. The PRIVO safe harbor seal indicates Outfit7 has established COPPA compliant privacy practices to protect your child’s personal information. Our apps do not allow younger children to share their information. This app contains: - Promotion of Outfit7's products and contextual advertising - Links that direct customers to our websites and other Outfit7 apps - Personalization of content to entice users to play the app again - The possibility to connect with friends via social networks - The option to make in-app purchases Terms of use: http://outfit7.com/eula/ EEA privacy policy: https://outfit7.com/privacy/eea/ US privacy policy: https://outfit7.com/privacy/ Rest of the world privacy policy: https://outfit7.com/privacy/ Customer support: [email protected] 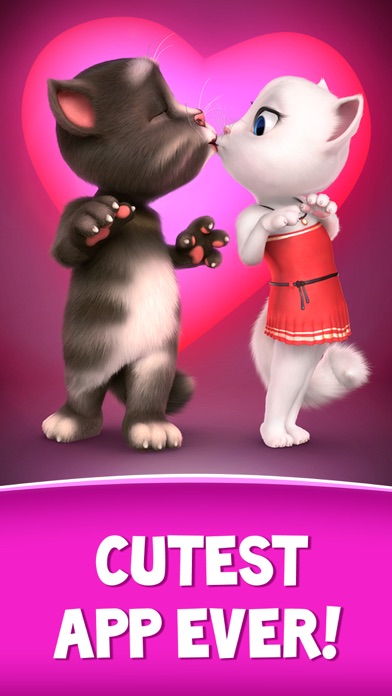 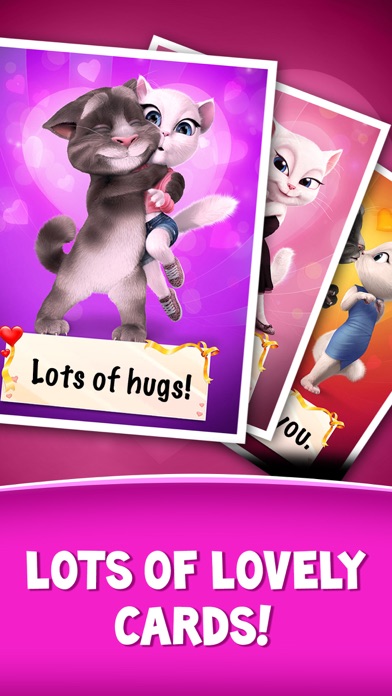 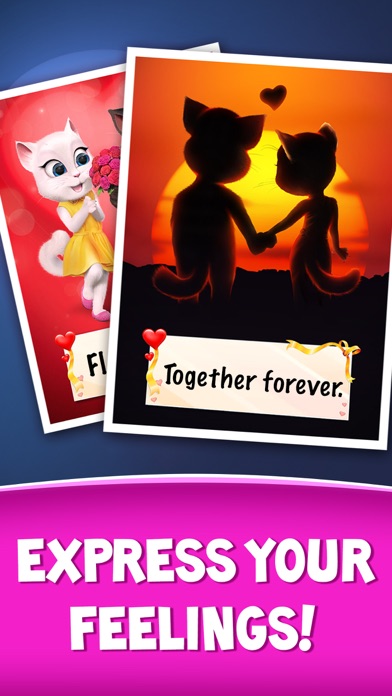 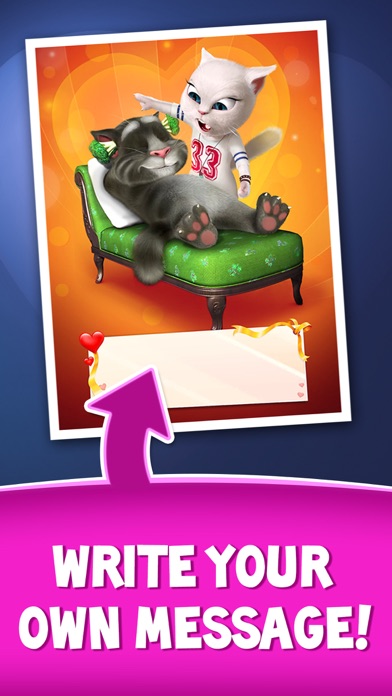