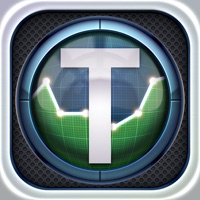 Who Unfollowed me on Tumblr? If you’ve asked yourself this question more than once, than TumbleTrack is the app for you. TumbleTrack keeps track of all of your followers. It can show you who unfollowed you, allowing you to quickly unfollow them back! Features: -Track New UnFollowers -Track New Followers -Track Followers you don’t Follow Back -Track Users you Follow that Don’t Follow You -Follow and UnFollow anyone quickly with a single touch No longer will you ask yourself: "Who Unfollowed me on Tumblr?" Now’s your chance to find all of those pesky unFollowers, download TumbleTrack now! 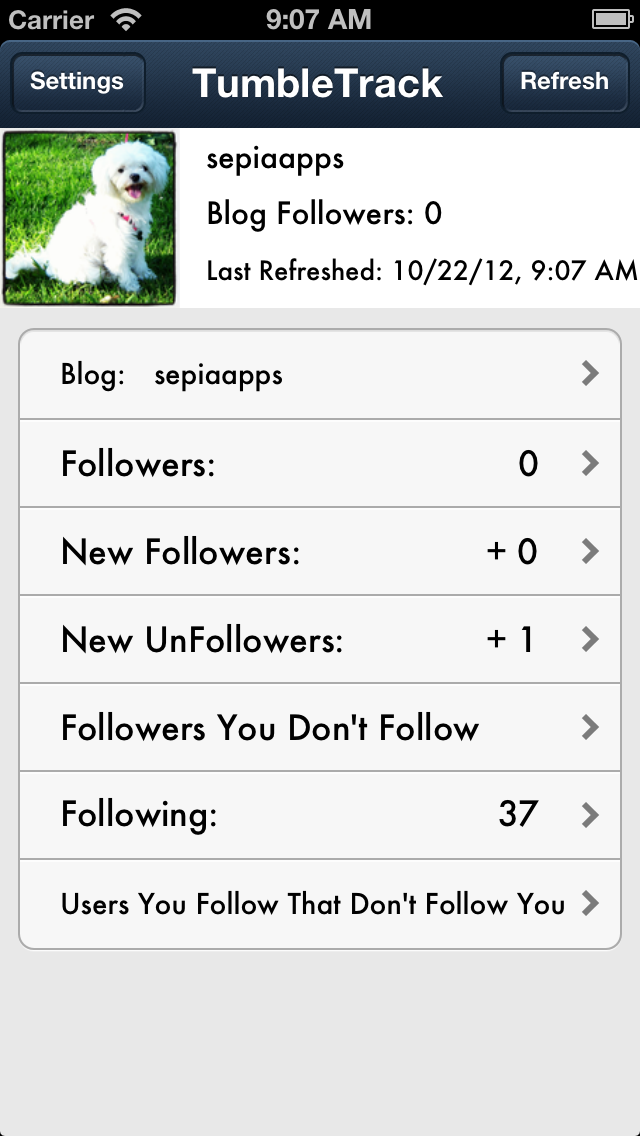 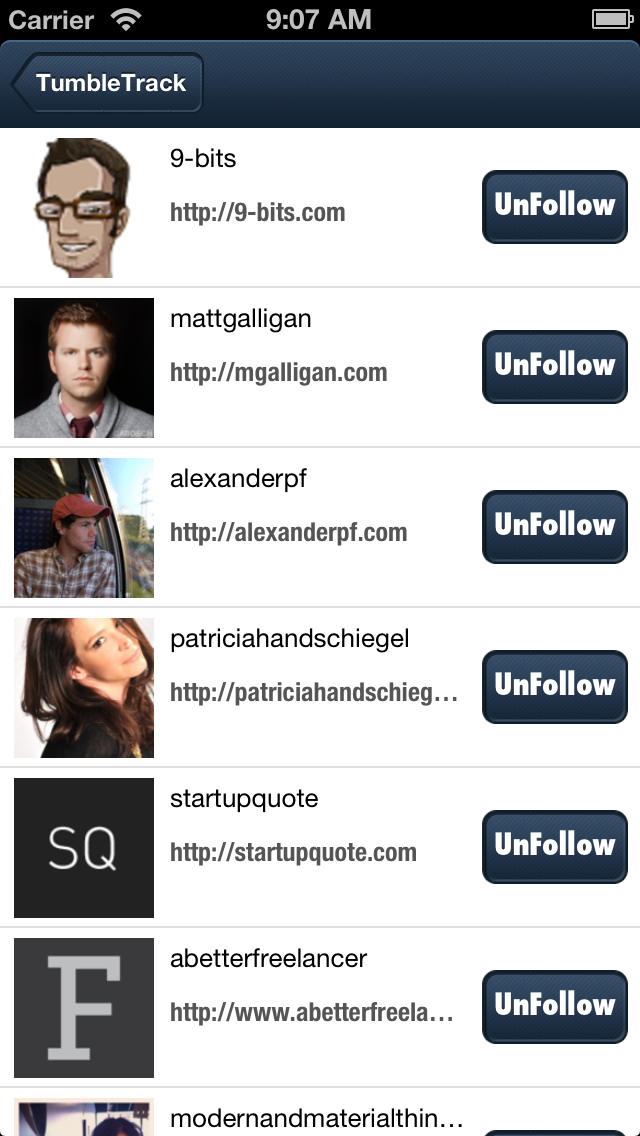