TV Remote for Vizio is designed specifically to control Vizio SmartCast TVs. Just connect an iPhone and a TV to the same Wi-Fi network and you will be able to control the TV using a mobile device after a simple pairing routine. The app features all the necessary buttons. You no longer have to look for your TV remote control or buy a new one in order to replace the one broken down. Key features: - Fully functional remote control for Vizio Smart TV; - A large touchpad for convenient menu and content navigation; - Keyboard; - Automatic connection to a device; Compatibility: Smart TV Remote for Vizio is not compatible with Vizio SmartCast TVs released before 2016 and with legacy Vizio Internet Apps Smart TVs. Disclaimer: Kraftwerk 9, Inc is not an affiliated entity of Vizio Inc, and Smart TV Remote application is not an official product of Vizio. 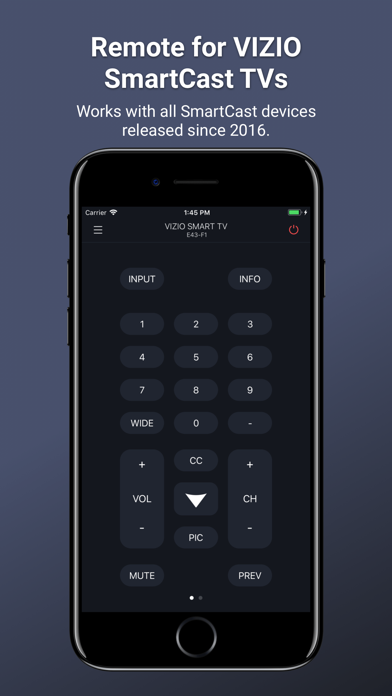 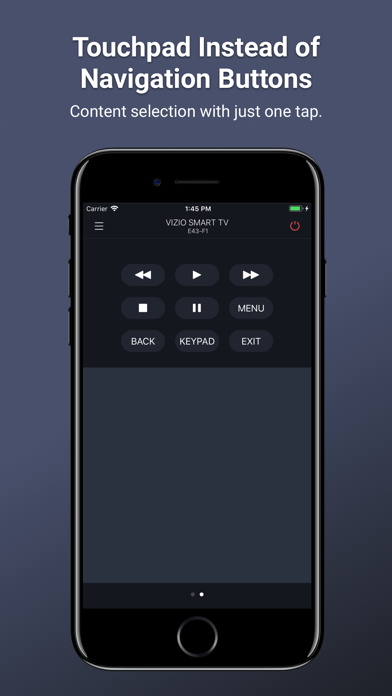 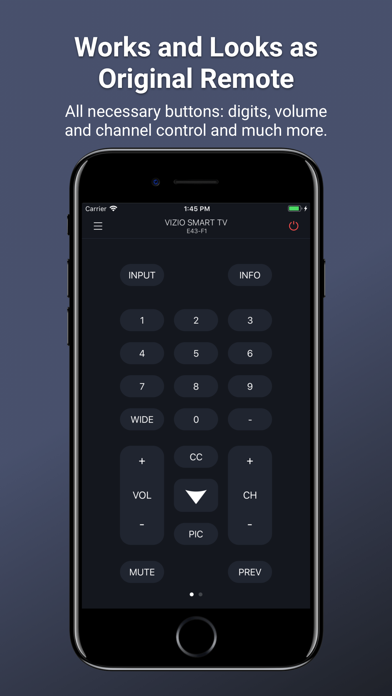