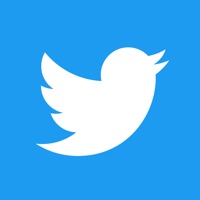 Join the conversation! Retweet, chime in on a thread, go viral, or just scroll through the Twitter timeline to stay on top of what everyone’s talking about. Twitter is your go-to social media app and the new media source for what's happening in the world, straight from the accounts of the influential people who affect your world day-to-day. Explore what’s trending in the media, or get to know thought-leaders in the topics that matter to you; whether your interests range from #Kpop Twitter to politics, news or sports, you can follow & speak directly to influencers or your friends alike. Every voice can impact the world. Follow your interests. Tweet, Retweet, Reply to Tweets, Share or Like - Twitter is the #1 social media app for latest news & updates. Tap into what’s going on around you. Search hashtags and trending topics to stay updated on your friends & other Twitter followers. Follow the tweets of your favorite influencers, alongside hundreds of interesting Twitter users, and read their content at a glance. Share your opinion. Engage your social network with noteworthy links, photos and videos. DM your friends or reply in a thread. Whether you chat privately or go viral, your voice makes a difference. Get noticed. Twitter allows you to find interesting people or build a following of people who are interested in you. Maintaining a social connection has never been easier! Beyond chatting with friends, Twitter allows influencers to build a personal connection with their fans. Speak directly to the people who influence you - you may be surprised by how many answer back. Build your profile: *Customize your profile, add a photo, description, location, and background photo *Tweet often and optimize your posting times *Post visual content *Use hashtags in your Tweets *Draw in followers outside of Twitter Track What’s Trending Discover top trending hashtags and breaking news headlines. Follow media topics, Tweet threads & live videos, to keep your finger on the pulse of what’s happening. Whether you’re interested in sports highlights, pop culture memes or politics, Twitter is your source of information. Join a community Find like-minded friends or explore interests you never knew you had. Get informed on the topics that matter to you, whether your interests are mainstream or niche. You can share content or be a fly on the wall; either way, you’ll discover something new each time you open the app. Find your voice on social media - download Twitter today! Like us on Facebook: https://www.facebook.com/TwitterInc/ Follow us on Instagram: https://www.instagram.com/twitter/?hl=en Privacy Policy: https://twitter.com/en/privacy Terms and Conditions: https://twitter.com/en/tos We share device identifying data with some advertising partners which may include app opens that happen prior to signing up. Please see here for more details: https://help.twitter.com/en/safety-and-security/data-through-partnerships 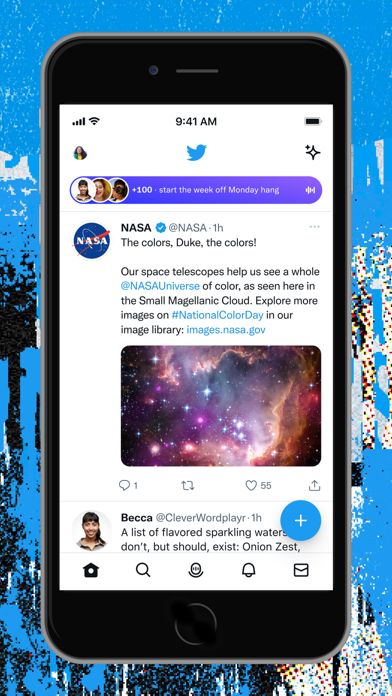 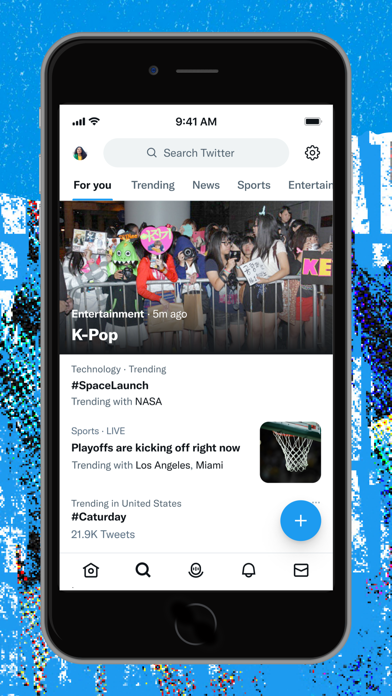 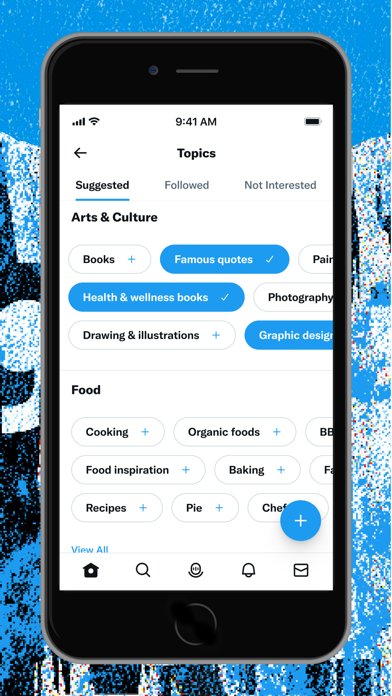 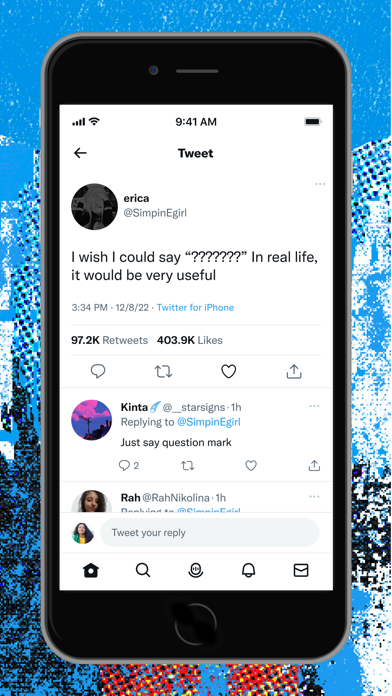 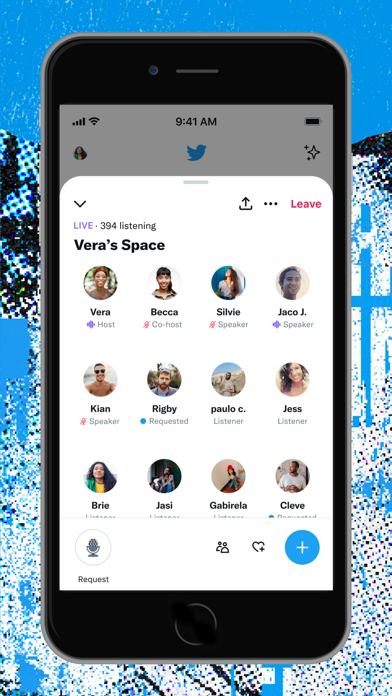