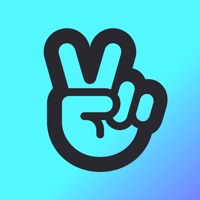 Connect & Share Moments Together V LIVE, the community where stars and fans connect # Connect with your star and other fans Visit your star's channel! Keep up with the star's updates and connect with other global fans. # Get comments and likes from your star Check out your star's comments and likes and get closer to them. Maybe you'll get comments and likes from your star, too! # Watch live moments of your favorite star You'll be surprised at your star's special moments in their live broadcasts. Send live chat messages and hearts to your star no matter where you are in the world. # View updates by each star member View posts and photos posted by each member, and also leave a fan letter. # Never miss your star's upcoming events Check all schedules including live broadcasts, concerts, birthdays, etc. # Special benefits for fans Join your favorite star's MEMBERSHIP and enjoy benefits that your star has prepared for you such as Welcome Kit and early ticketing. [Subscription] You can subscribe to MEMBERSHIP in the app. Price: The monthly subscription fee may vary depending on the membership product. You can check this out on the product purchase page. Period: After an auto-renewal/purchase of 1-month subscription, you can manage the subscription and auto-renewal through iTunes Account Settings. ---- Developer Support : 1588-3820 [email protected] 6, Buljeong-ro, Bundang-gu, Seongnam-si, Gyeonggi-do, Republic of Korea 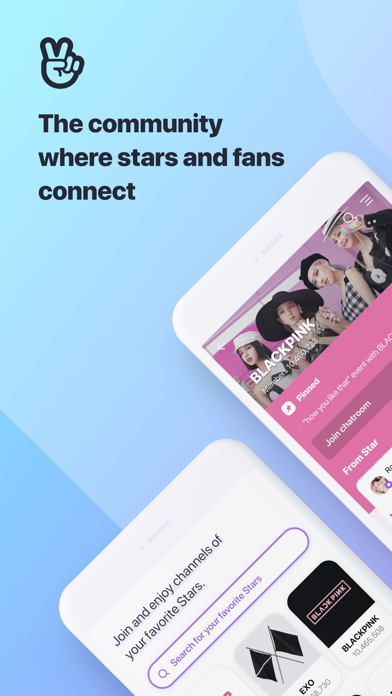 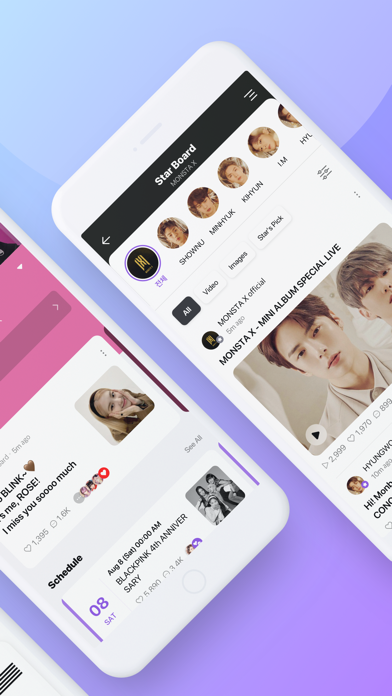 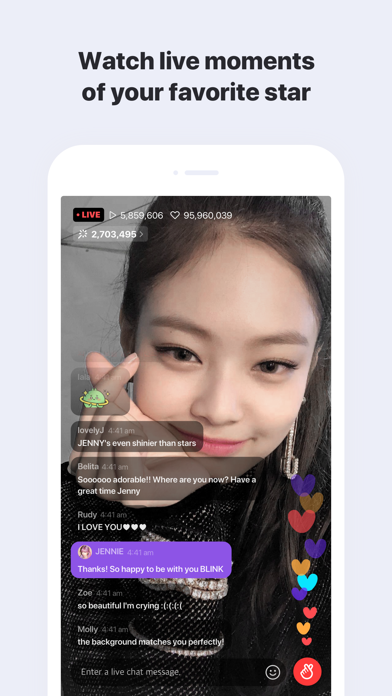 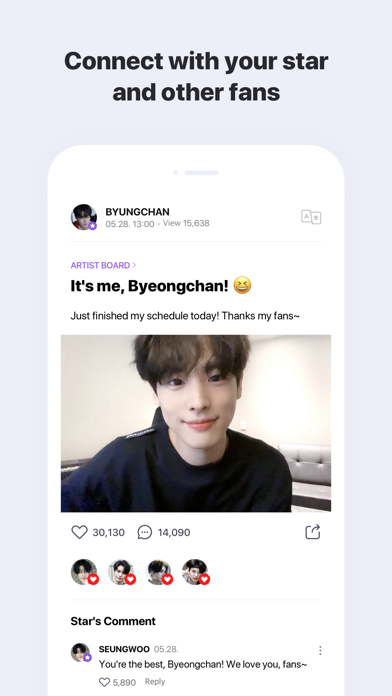 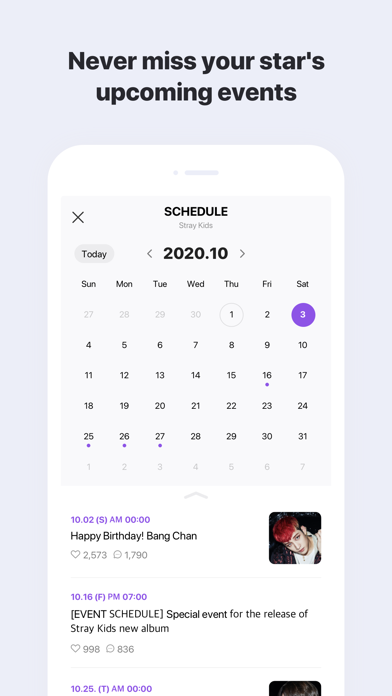 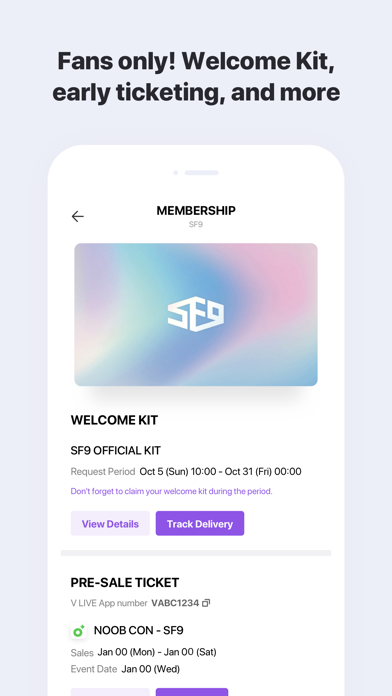