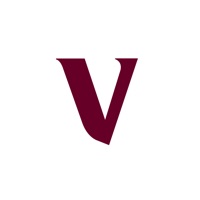 By The Vanguard Group, Inc.

Meet the new Vanguard app. We’ve updated and refined our features to make it easier than ever to invest from your mobile device. We’ll be rolling out new updates every few weeks, but if there’s something you want us to build, you can let us know in our Support tab. Use the app to do the following (some features may not be available for employer-sponsored plans): • Access an overview of your accounts to check your total assets and balances. • Dive deeper to track your account performance, cost basis details, or day change information for each of your holdings. • Make trades, deposit checks directly into your accounts, and review your transaction history. • Find help, update your login preferences, and leave feedback via our Support tab. Disclosures Vanguard funds not held in a brokerage account are held by The Vanguard Group, Inc., and are not protected by SIPC. Brokerage assets are held by Vanguard Brokerage Services, a division of Vanguard Marketing Corporation, member FINRA and SIPC. Images are for illustrative purposes only. iPhone and iPad are trademarks of Apple Inc., registered in the U.S. and other countries © 2021 The Vanguard Group, Inc. All rights reserved. Vanguard Marketing Corporation, Distributor of the Vanguard Funds. 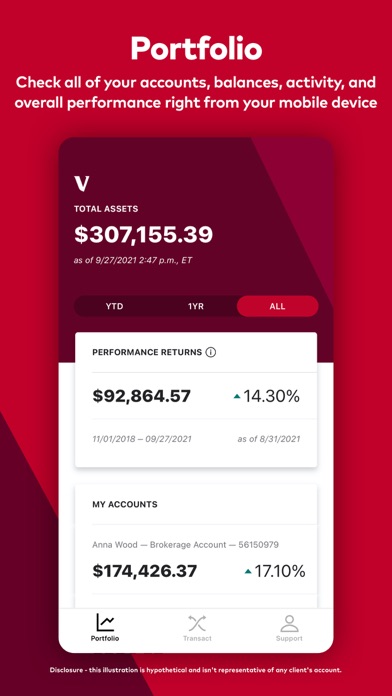 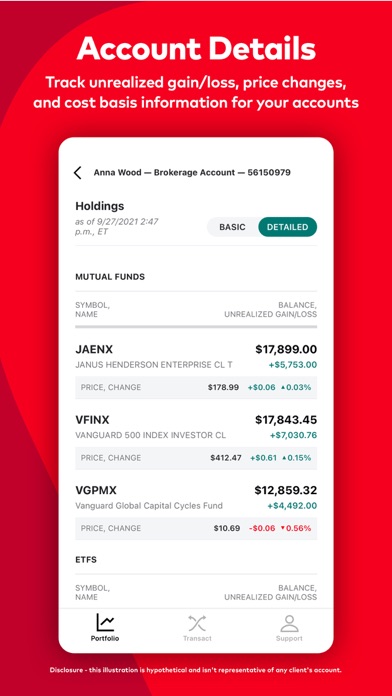 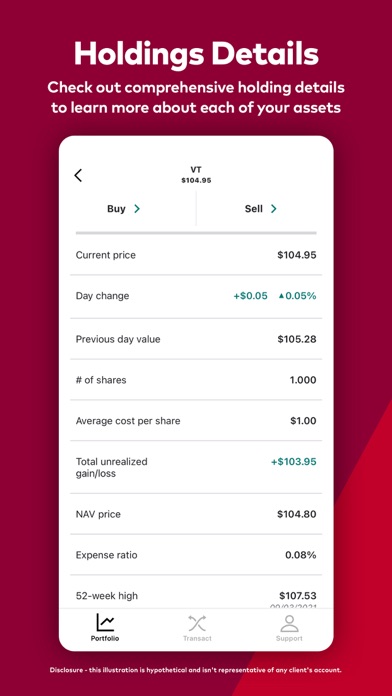 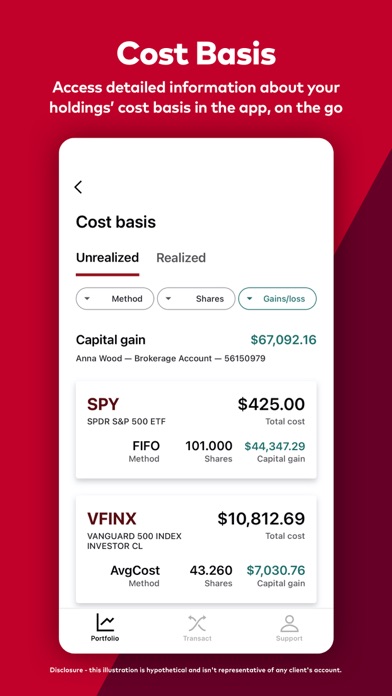 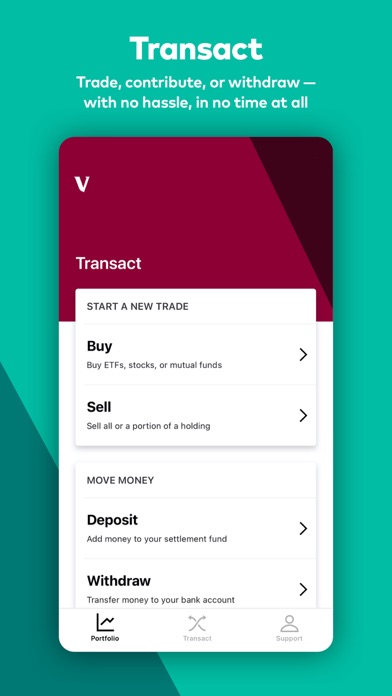 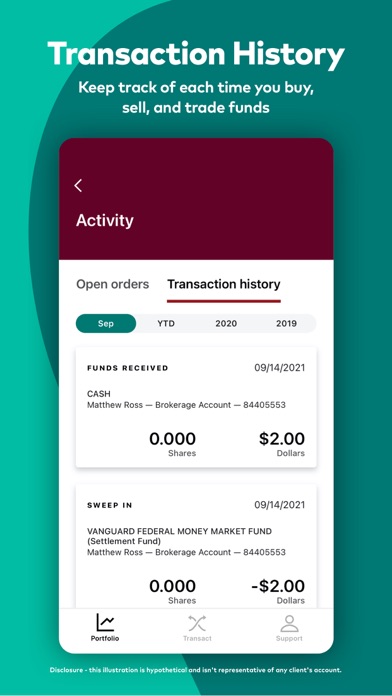 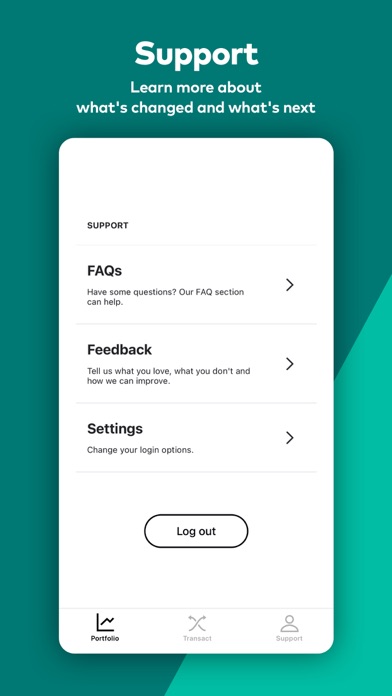