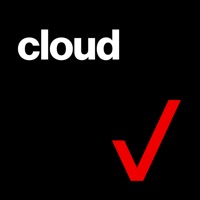 Verizon Cloud gives you space for your digital world, so you can easily backup and access your photos, videos and documents securely and privately. Keep your content handy on your mobile devices and access it when you need it from your smartphone/tablet and computer.* The Verizon Cloud app lets you: Enjoy unlimited storage across unlimited compatible devices (with our Unlimited plan).* - Share your content easily with family and friends using your favorite apps. - Share personal storage with up to 5 users on compatible devices (with our unlimited or 2TB plan). - Organize and find your photos by labeling friends and family using Tag and Search. - View and interact with photos/videos on a geographical map with Locations. - Order prints and gifts displaying your favorite photos. - Share your content freely across compatible devices, regardless of which operating system they use. - Safeguard sensitive content with a PIN-protected private folder. - Cast to your TV, so you can share your pictures, videos and music on the big screen. - Create movies and customize photos with filters and fun stickers to share. - Relive your memories with weekly photo and video Flashbacks and Stories. - Back up the original sizes of your photos and videos (with no degradation in quality) and sync your contacts. Download Verizon Cloud today and make the most of your digital memories. Available Plan options: 600GB (single user), 2TB and Unlimited (up to 5 users) Sign up today and your first 30 days are on us.** *Verizon Cloud does not back up operating systems, settings, apps, emails, external drives and uncommon file types. Backup varies by operating platform. See www.verizon.com/support/verizon-cloud-faqs for service limitations. To view complete Terms and Conditions go to http://www.verizonwireless.com/support/cloud-legal/ ** First 30 days free for new Cloud customers. Thereafter, you will be charged $19.99/mo. for Verizon Cloud Unlimited, $14.99/mo. for 2TB or $5.99/mo. for 600 GB (plus taxes and Verizon surcharges), respectively, unless you cancel before the promo period ends. Cancel anytime through the Verizon Cloud app or My Verizon. 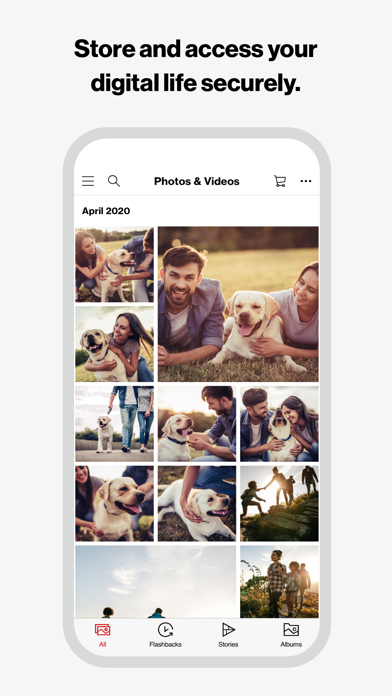 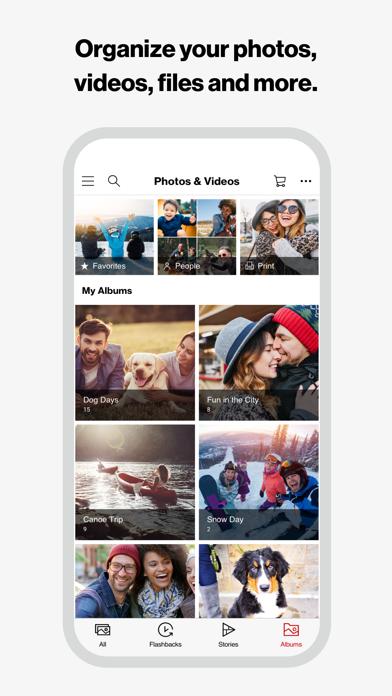 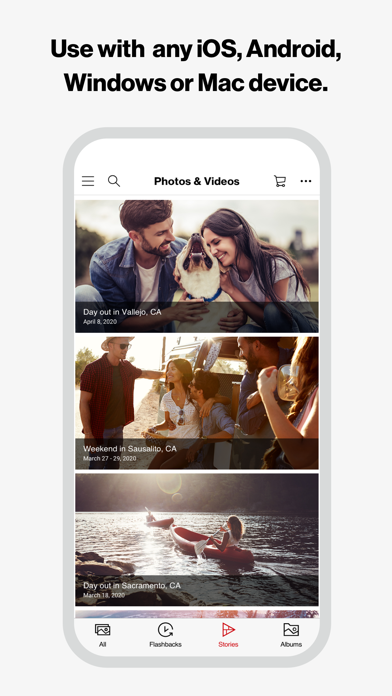 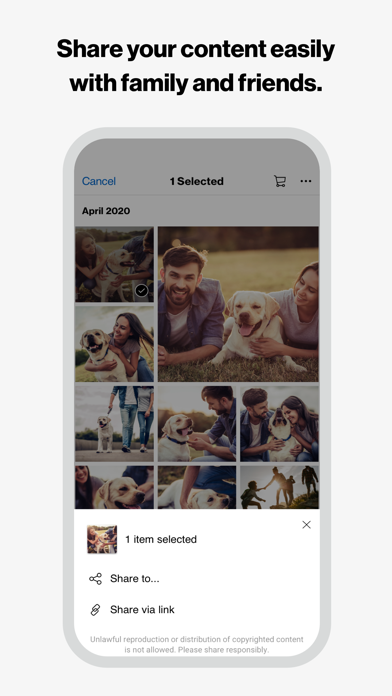 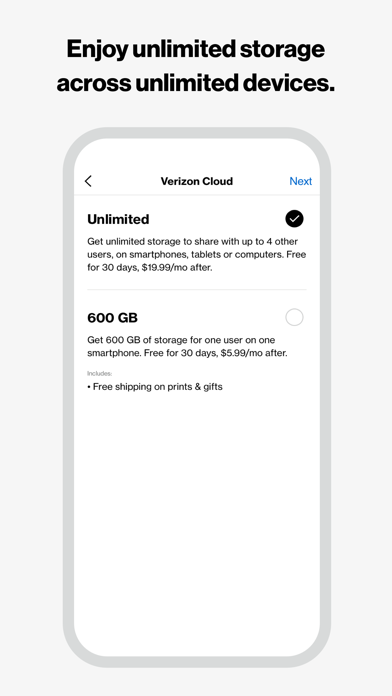