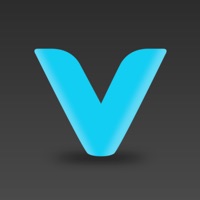 VeVe: The Next Evolution in Collecting! VeVe brings the world of collectibles into the digital realm and right into the palm of your hand. Collect limited edition 3D sculptures of your favorite heroes, characters and icons in premium digital format. DIRECT FROM ARTIST TO PHONE VeVe 3D digital collectibles are crafted by world leading artists including legendary sculptors Jim Lee, Todd MacFarlane and Scott Snyder, who sculpt directly in 3D instead of clay, and with VeVe you can now own limited editions of these exclusive digital collectibles. NO MATTER YOUR FANDOM, VE-VE HAS YOU COVERED! Whether you love pop culture, gaming, sports, film and TV, or anime and animation, VeVe offers digital collectibles from your favorite brands including Batman, Adventure Time, Monster Hunter, NFL, DC Collectibles, Star Trek, Jurassic Park, Fast and the Furious, Back to the Future, Ultraman, Superman, and SO MUCH MORE. VIRTUAL SHOWROOMS Collectors display their collectibles with pride and with VeVe continue this in the digital realm. Create and customize virtual showrooms to showcase your digital collectibles and share this experience with other VeVe collectors around the world. Move through your virtual Showrooms on your phone, FPS game-style, or bring your showrooms to life in Augmented Reality and physically walk through them, all on your phone or tablet! DIGITAL IN THE REAL WORLD! With VeVe's Augmented Reality features you can stand side by side with your favorite hero's, BUY, SELL & SWAP WITH OTHERS FANS In the Market you can buy sell and trade with other VeVe collectors. If you missed out on that digital collectible you need to complete your set, fear not! You can browse the secondary market for the collectibles you need, or you can choose to sell or swap any of the collectibles you own! DROP DAYS VeVe drops new Digital Collectibles on Thursdays! Keep an eye on your phone each Thursday at 8am PST to get the scoop on latest drop and get your hands on rare digital collectibles 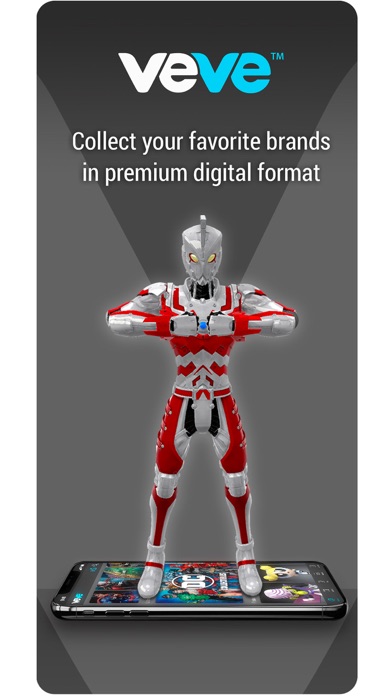 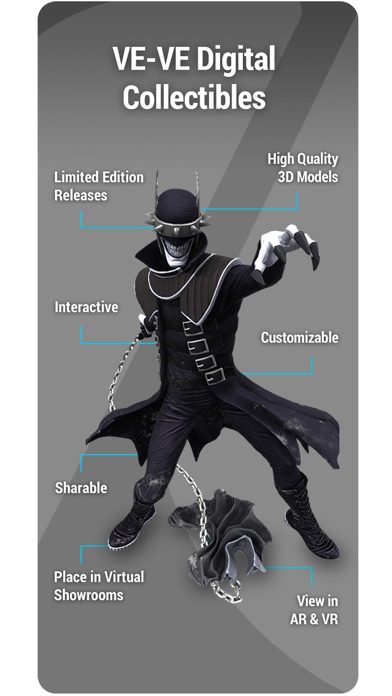 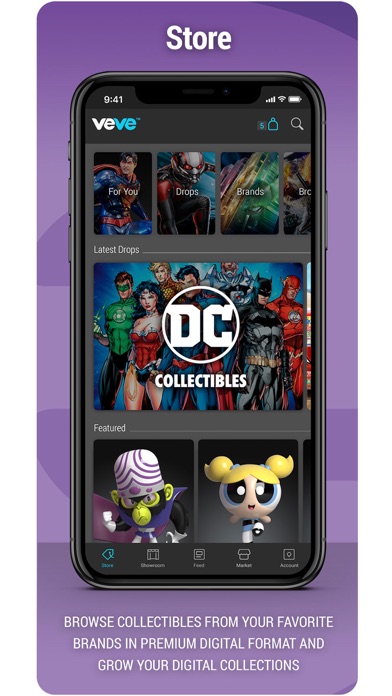 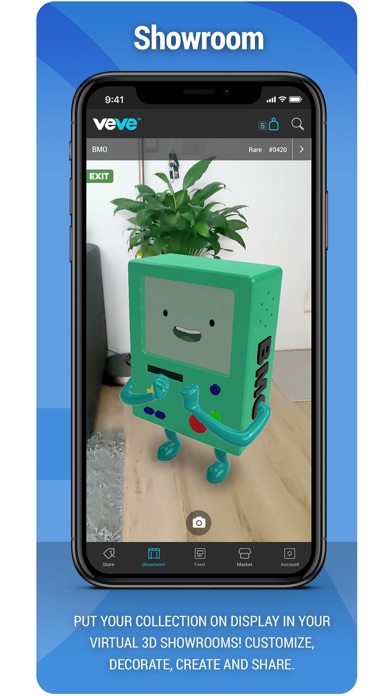 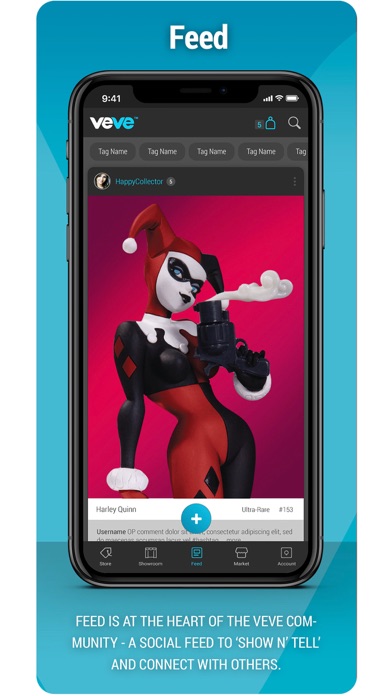 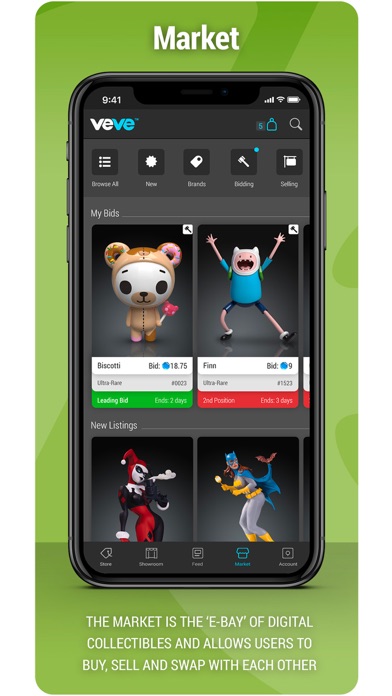 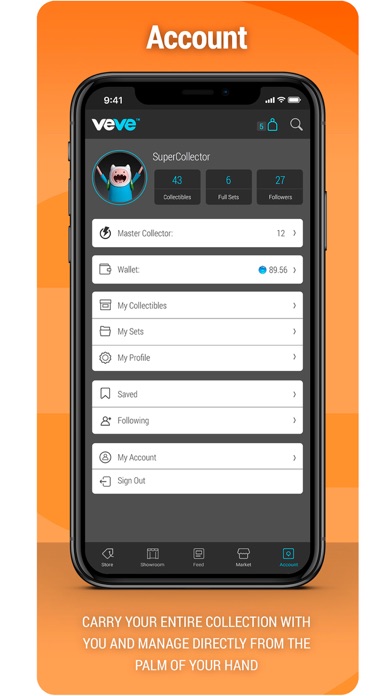