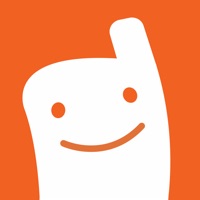 Voxer combines the best of voice, text, photo, and video with walkie talkie messaging (Push-to-talk PTT) in one free, secure messaging app. Featured by Apple in 50+ countries, loved by tens of millions of people, and now available on the Apple Watch. Better than phone calls, faster than texting. Just push a button, talk and instantly communicate in real-time, live. You can also listen to saved messages later at your convenience, share text, photos, video, and your location. Voxer works with other popular smartphones and over any 3G, 4G, or WiFi network in the world. Join many who are using Voxer with family, friends, and teams at work to: * Instantly communicate through live Walkie Talkie - PTT (Push-To-Talk) * Send voice, text, photos, videos, and location messages * Play voice messages anytime - they're all recorded * Create messages even when offline * Send end-to-end encrypted messages (Private chats) using the Signal Protocol Upgrade to Voxer Pro and get access to the following features: - Walkie talkie mode, (instantly receive voice messages even when you’re not in the app) - Voice-to-Text transcription, - Admin Control - Increased storage - Hands-free - Extreme notifications - Dropbox integration and more. Voxer Pro is built for remote, mobile teams that aren't sitting at a desk and need to communicate quickly. On-demand, delivery, logistics, hotels and hospitality, field service, NGO and education teams all use Voxer Pro. Voxer Pro subscriptions are $3.99/month or $29.99/year and auto-renew. - Payment will be charged to iTunes Account at confirmation of purchase - Subscription automatically renews unless auto-renew is turned off at least 24-hours before the end of the current period - Your account will be charged for renewal within 24-hours prior to the end of the current period (either $3.99/month or $29.99/year) - You can manage your subscriptions and auto-renewal may be turned off by going to the your Account Settings after purchase - Any unused portion of a free trial period, if offered, will be forfeited when the user purchases a subscription to Voxer Pro Privacy Policy: https://www.voxer.com/privacy Terms of Service: https://www.voxer.com/tos We want to hear from you! * Like us on Facebook @ fb.com/voxer * Follow us on Twitter @ twitter.com/voxer * Need help? Check out support.voxer.com 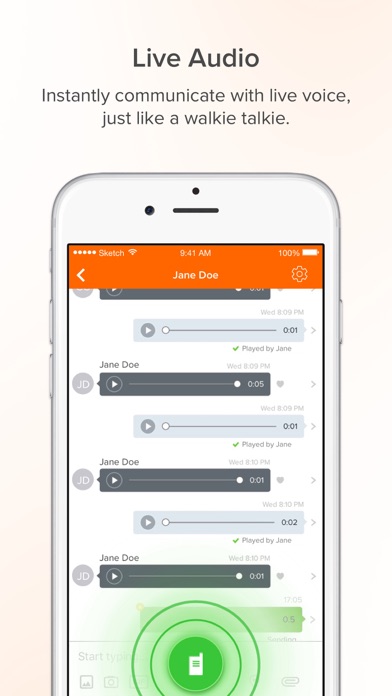 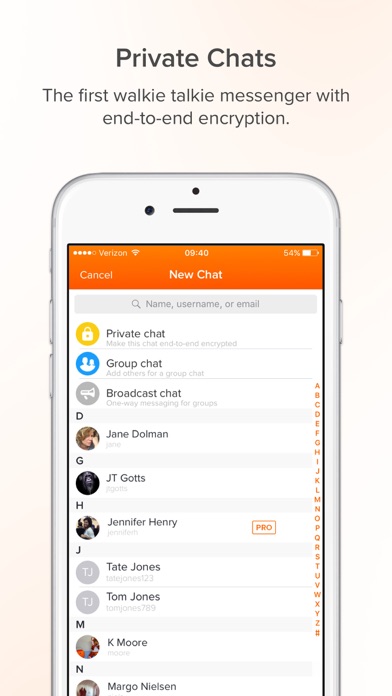 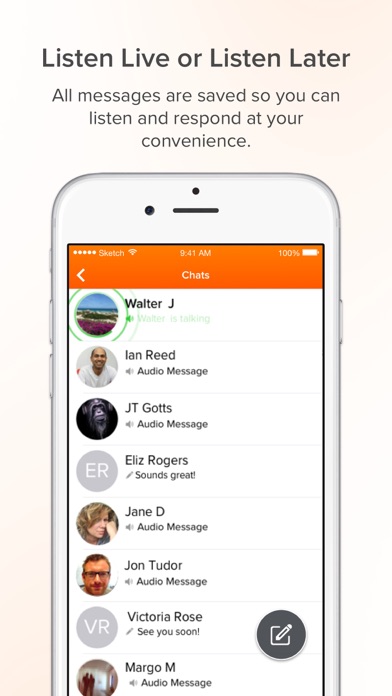 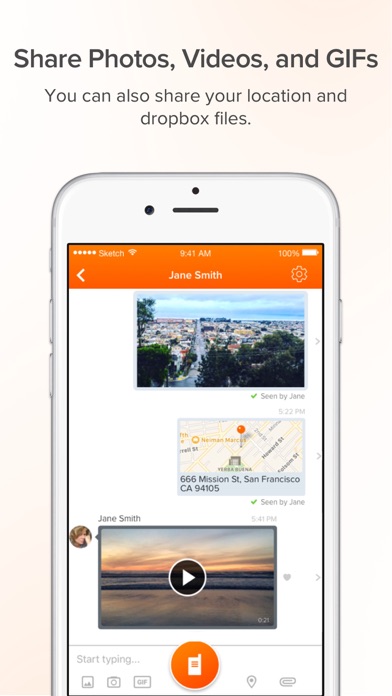 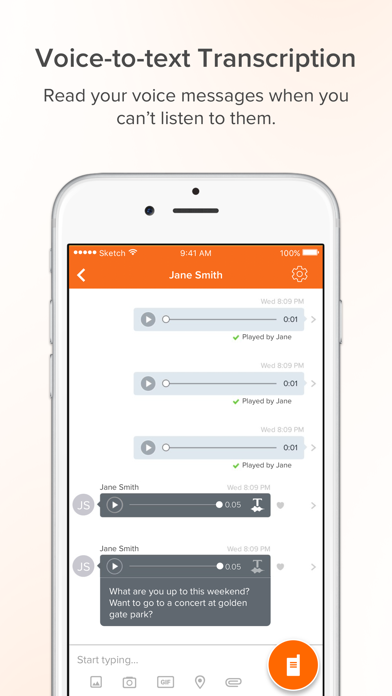