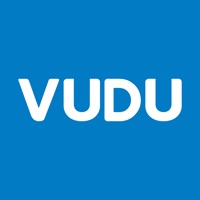 Get the free Vudu app and watch your movies & TV anytime, anywhere. Or binge on thousands of free movies on Movies On Us. That’s right, thousands of movies, across countless genres, with nothing to pay. Stream your favorite titles to your iOS mobile devices in HDX and other compatible devices with Airplay right from the app. Sign up for Vudu today, it’s free, and there’s no subscription. Get Vudu on your favorite iOS mobile and smart devices: • Watch thousands of movies free with limited commercials, with Vudu Movies On Us • Browse our entire library of 100,000 titles, own Blu-ray or DVD from the app • Download your movies and TV to your phone or tablet to watch offline and on the go • All your movies in one place – link your Movies Anywhere account By downloading, installing & using this App, you agree to Fandango’s Privacy Policy https://www.fandango.com/policies/privacy-policy and Terms and Policies https://www.fandango.com/policies/terms-and-policies. Do Not Sell My Personal Information: https://vudu.com/privacy 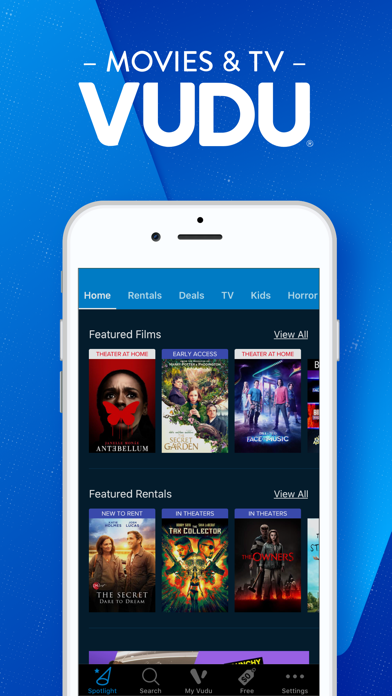 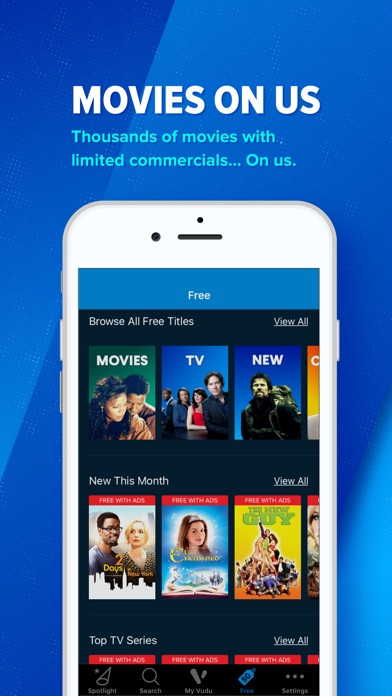 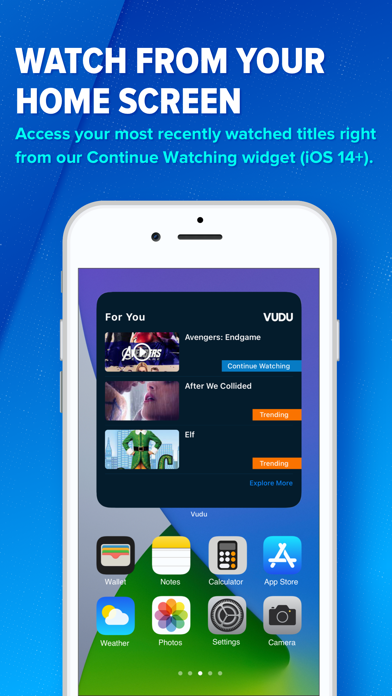 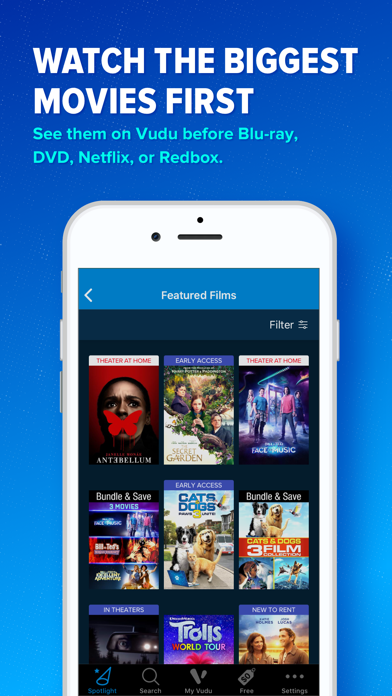 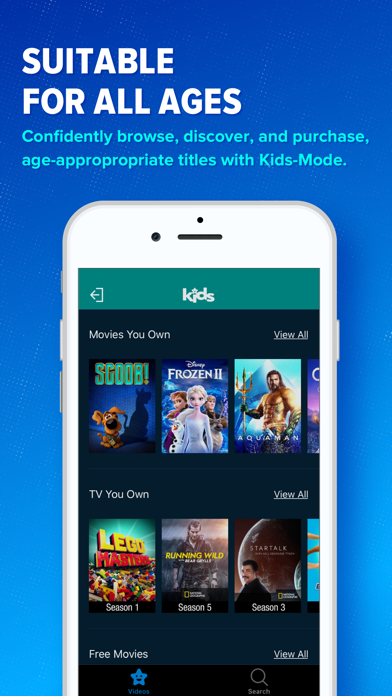 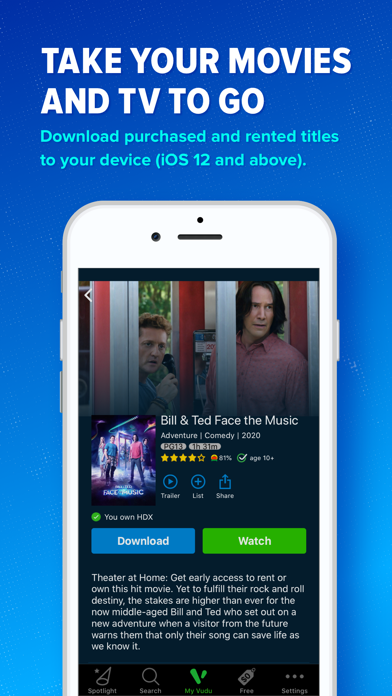